I’m not surprised some new customers were surprised commercial skip is going to cost extra. I never thought any of the marketing material was clear on that point. With that said the price doesn’t seem too bad to me and any of us that bought in before the introduction commercial skip the Tablo works as well as when we bought it.

Will I buy commercial skip? I don’t know yet.

@TabloTV. Will shows that have already been processed and remain in my DVR continue to have commercial skip enabled?

I’ve enjoyed helping to test this feature, but I don’t believe it has become reliable enough yet for me to be considered a product that should be fully released and charged for, at least so far.

I applaud them for bringing this out, and I hope they will do the same thing going forward making value added capabilities available for test, and potentially charging extra based on demand and feedback.

@TabloTV. Will shows that have already been processed and remain in my DVR continue to have commercial skip enabled?

If you’re currently enjoying Automatic Commercial Skip on your Tablo, but don’t plan on subscribing to the new Premium Service add-on, you will lose access to this feature starting February 6th, 2020.

This means new recordings created after this date will not be processed for Automatic Commercial Skip and recordings that were previously processed will no longer play back without commercials on supported devices.

If you change your mind, you can subscribe to Tablo Premium Service at any time and immediately re-gain access to the feature on previously processed recordings, and new recordings will again be eligible for processing.

Everything I saw about the commercial skip said that it was in Beta, and changes were not only possible, but likely. Sorry you feel like you’ve been cheated.

First, we’re excited to announce that in the coming months, we’ll be extending support for Automatic Commercial Skip to Tablo apps for iOS and Android mobile devices, as well as our web app for PC and MAC.

To avoid raising the base TV Guide Data Subscription price for everyone, we have instead chosen to move Automatic Commercial Skip into a new, and optional, Tablo Premium Service add-on starting February 6, 2020.

“coming months”, so not before Feb 06? No trial for user of web app or mobile devices? A PC and/or mobile device are basically standard “appliances”, so unless we’ve bought a specialized streaming device, we’ll have to pay to make sure works with our internet service and channels and preferred shows?

Yes, streaming devices are common, but virtually every home already had a PC and/or mobile device, with out the added expense of other devices we may not otherwise need – wanting to be cord cutter of a specific type. I’m sure your model meets the needs or many, but it does leave some with out an opportunity to test things out.

If you don’t currently use Automatic Commercial Skip, nothing will change for you.

But if it’s supported on my device of choice… then things might change – but then I guess I’ll have to pay to find out? So I guess nothing will change, bad deal for some.

Seems to me that Tablo would want to reward their loyal LIFETIME subscribers by providing this feature at no additional cost.

Reward loyal – they made a one time payment… that’ the extent of their contributions to the corporations profits. What’s the reward for? savings in billing cost?

Lol, I spent so long reading this thread I forgot to read the post. Sorry, I’ll go back and read that now. Thank you for taking the time to reply! I suspected it might work that way based on your other services.

I feel as though we should be able to continue to use commercial skip on recordings that were already processed and which all the data already resides on our device. It doesn’t cost Tablo any additional resources or effect their bottom line. This particular policy feels punitive rather then like a necessary measure to maintain service.

will no longer play back without commercials on supported devices.

Will they play back without commercials on unsupported devices?

@TabloTV My only question: will this finally be available for cloud recordings? I’ve never been able to test it because I solely use cloud recording on the Tablo Dual Lite.

I think if you charged more for subscriptions you would have been able to make it work. While I realize there is some concern with this approach people that bought lifetime subscriptions probably do not want another bill.

So when it gets out of beta are you going to remove the three tries limit? It’s annoying that it will try three times back to back when the internet is flaky, then when things settle down I can’t resubmit.

The “Add Premium” selection should be active now for all users. I checked this morning, and it showed up for my Tablos. Go to account.tablotv.com

@TabloTV My only question: will this finally be available for cloud recordings?

It’s in the works!

The ability to add Premium Service to your Tablo within the account portal is available now! But it’s worth noting that your subscription will begin immediately and the feature is still free until early February so there’s no rush for those who are planning to jump on board.

I have a dated 2 tuner model anyway.

And yet it runs the same current version firmware and the newest models and runs on the same “modern” devices. Other than appearance, what’s actually dated?

it helped secure my loyalty, membership and relationship with Tablo

What’s this “membership” people have joined? Do you have a membership card? or secret handshake? or do you believe a lifetime subscription is a members organization?

It is possible for ATSC 3 and 1 to co-exsist 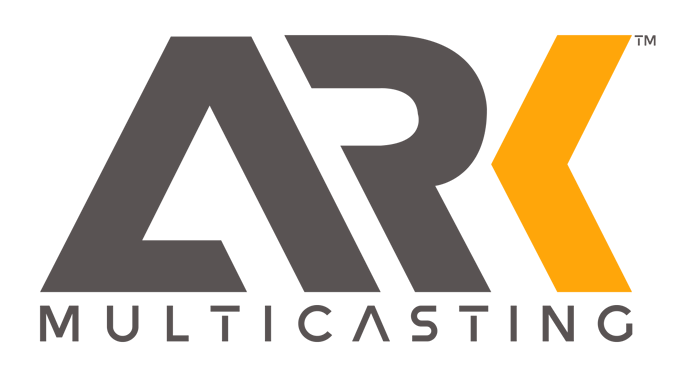 I think I spoke too soon. As soon as I made that comment I went to watch a recording and they were all gone and I can’t record anything without them failing ‘cloud storage is full’. Full of what? Because there’s nothing there.

I agree that the existing skip feature isn’t ready for prime time, especially at additional cost. It either fails to work at all or misses some commercial breaks entirely about half the time. Even when it works it shows the first fraction of a second of the commercial which is distracting.

So if you want to charge us for it, get it to work reliably first.

Last night, my Tablo simply stopped working. Nothing solved it less than a full power off reboot today. I would not play live TV nor recordings. Two days ago after the notification on commercial skipping coming out of beta, there was no change to my subscription and commercial skipping was available and worked. Today, the commercial skip is greyed out and not available. I re-read the blog post and it is not quite the 6th of Feb yet, do I need to pay to get it back?

Also, I know that the change has to go out some time, but it kind of destroyed 3 recordings last night and the wife wasn’t happy about it (which I heard this morning).

Lifetime guide description and a legacy 4 tuner Tablo too.

Mine seems to be working fine but I just watch recordings. I also do not have commercial skip now and have the legacy 4 tuner Tablo with lifetime subscription. I also the last 2 weeks or have had more failing due to poor reception but when I watch is clear and the shows before and after have the skip. Dont know if this has anything to do with them going out of beta.