Stuck in the car, waiting for lifts to open up & start rolling and finding ways to amuse ourselves. We are pretty easily amused. Ski Season!!!

There is no better way to start the year, than to hit the slopes. LET IT SNOW!

, though the rest of the family skiis.

I feel more free on a board, but more confident on skis. Either way, as soon as you turn the tips down and start the glide, it feels GREAT. 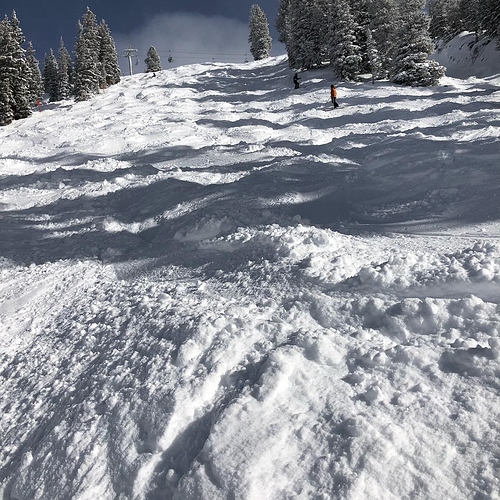 Utah was beautiful. Plenty of base depth and just enough fresh fall to keep things perfect. Next stop, Mt Baker (WA) where they have ten lifts open and snow for the next four consecutive nights.

Mount Baker is skier’s paradise. Sixteen inches new over the past 48 hours on a base depth of over 130 inches, six lifts and 35 trails already open. Let it snow! 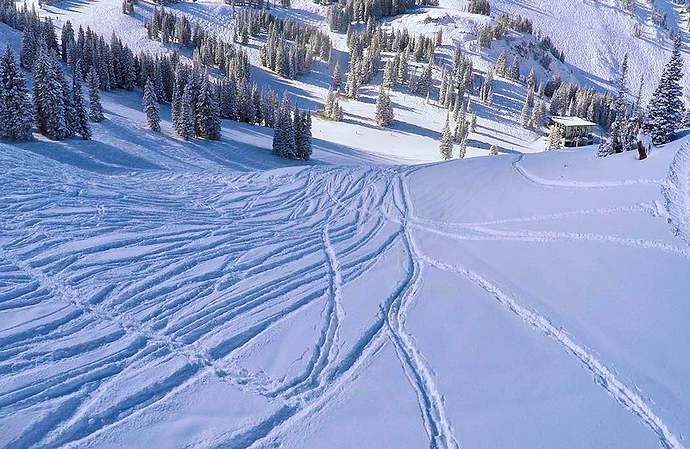 I would normally go to the beach but it’s been 45 degrees in the morning and thus way too cold.

About half of my time is spent in Los Angeles / southern Cal and I’m a frequent visitor to Las Vegas, so when I get a chance to experience cold and SNOW, it’s a pretty big deal. 45 degrees in January does have it’s merits and I’ll be looking forward to that when this is over.

I grew up in the midwest and left for Southern California almost 50 years ago. The last winter I spent there it got to minus 18 degrees and a wind chill factor of minus 28.

I got up in the morning to go to work and my car battery was frozen solid like a block of ice.

I no longer even like a weather report of frost.

The girl in the video clip is from the upper Midwest (North Dakota), dragged me out there a few times and when I got off the plane it was so cold, it (literally) took my breathe away. All the automobiles had block heaters installed and electrical plugs protruding out from the front grill(s). The only way to start the cars in the morning, was to have them plugged in overnight.

I would like to have grown up in a place like that. Wouldn’t care for the shoveling but I’d have made the most of the ski (and skating) opportunities.

I was very lucky. Hitting some of the best slopes in Utah (which really says a lot), and then Mount Baker, one of the best in the Pacific Northwest and all of this under nearly perfect conditions. Getting over the pass in WA state was a bit terrifying, everything else was clockwork. After CES, I’ll hopefully be going back for more.

You really have it made. Canada is home to some of the most legendary slopes (and resorts) on the planet. I’ve only ever been to Whistler twice, never been to Banff. Even the lesser known resorts are beautiful there (Baldy, etc.). The girl. She plays guitar and goes to open mic events 2-3 nights per week. Does hula hoop too.

All at the same time? Lol!

That would be difficult, working on it though.

Nice! I’m heading to Colorado in March for some skiing. Weather here in Ohio has been very un-winterlike, which is irritating.

While people are skiing I thought, on the way to Breakfast, I would stop by the Torrey Pines Gliderport. People like to post pictures of the slopes. I thought I would post a picture looking North from the gliderport. That’s the Torrey Pines Golf Course in the upper right. 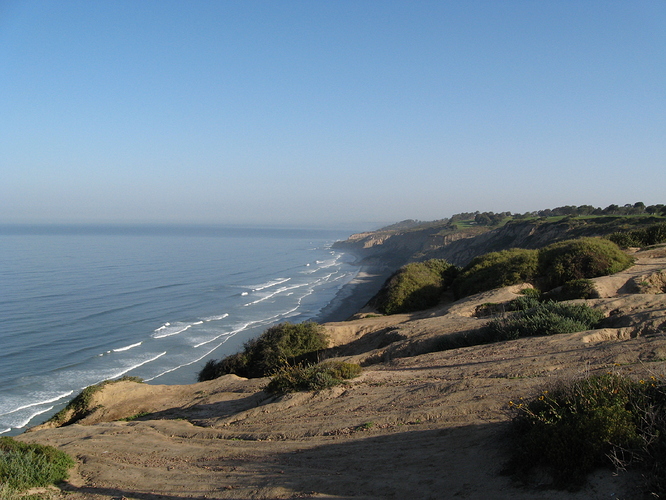 Excellent, you’ve got Snomass, Steamboat Springs, Aspen and Vail. Breckenridge is my favorite and that goes for summer visits as well.