One annoying "feature" of Tablo - Reset if broadcast signal drops out

Had an interesting observation this afternoon. While watching ABC this afternoon, the Tablo suddenly reset. After it came back up, I tuned to ABC again and Tablo immediately rest again. I wen to another set where I have an antenna directly connected to verify ABC had gone down, and it did. A couple of minutes later, it came back up, so I tuned to ABC on Tablo and it returned to normal operation.

I had seen this problem a long time ago when I had a marginal antenna, so I had an idea what was happening. Late last year when CBS went down for almost an hour, I saw this behavior with Tablo as well.

It would be nice if they could fix this so Tablo doesn’t reset on a loss of signal. Or maybe there’s a reason they need to do a reset?

It would be nice if they could fix this so Tablo doesn’t reset on a loss of signal.

This is my number 1, and only issue with Tablo.
Weak broadcast signal causes a system crash.

This has become my #1 issue as well. We are not in an ideal situation to receive all the channels we want perfectly via OTA because of the different location of one of the towers in particular but I’m willing to deal with a few issues with one in particular channel because they are annoying but bearable and I have much more aversion to paying a monthly cable bill.

Having said that, it is very frustrating to encounter a situation like I did a few weeks ago where for whatever reason the stars aligned and 4 channels had things recording at the same time so all 4 tuners were in use and when the signal on the problem channel I mentioned above got wonky it killed all 4 of the in progress recordings even though the other 3 stations have always been rock solid.

Yeah, back when I had the other antenna, I’d see that problem as well, because I often have 4 simultaneous recordings going, and if I had one weak station, all 4 recordings would get interrupted during the Tablo reboot.

Maybe @TabloSupport could let us know if there’s a technical reason why the Tablo needs to reboot on signal loss.

Maybe @TabloSupport could let us know if there’s a technical reason why the Tablo needs to reboot on signal loss.

My theory is induced self-destruction.

When a signal gets too degraded for the Tablo to record, it starts pondering it’s own existence, and gets sent into a recursive loop, ultimately leading to it’s self-destruction.

Fortunately, it is the software, not the hardware!

It would reboot if you tuned in to the weak channel to watch live tv.

Adding a “ditto” on this in hopes of getting it some attention. I’d love to know why a this happens. It seems like there should be a better answer.

My Tablo rebooted while I was watching a program. When it returned I noticed it had been recording a scheduled program, so I suspect a temporary reception error may have caused the restart.

It would help if the Tablo would post a message to be seen by any active media playback device that it was initiating a restart due to weak signal just prior to the actual restart. 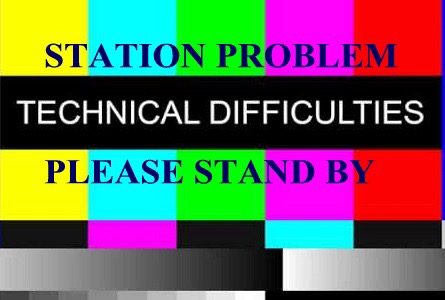 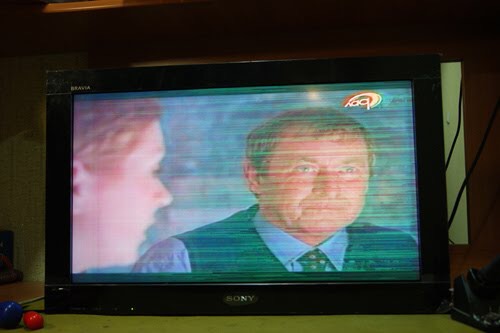 I have a question regarding reboot on weak signal. Did this issue start with the 2.2.18 update or was it always present? Had my Tablo 4 tuner unit for quite a long time before I experienced a reboot of any kind. For some treason it is worse recently. I am running 2.2.18 or whatever it is.

I think its been around a while … just now seems a bit more twiggy / sensitive to it.

It does seem like something has changed in 2.2.18, whether it’s just increased sensitivity to conditions that can result in the reboot or a very specific bug that results in it.

My recollection is that the reboot on weak or lost signal has always existed… maybe it’s a feature?

Yes always existed. I upgraded my antenna to a Clearstream 4V, added a RCA preamp at the antenna, and a Winegard distribution amp just before the Tablo. Weak signal issues went away.

My weak signal issues went away after an antenna upgrade as well, but I did have a couple of issues where the transmitters on CBS and later ABC were briefly shut down for repairs. I didn’t realize at the time, until further investigation, so every time I tuned to the dead channel, Tablo rebooted.

I’m likely in the same boat. It seems like reboots and as a result multiple shows that were recording at the same time with multiple (sometimes up to 4) partial recordings as a result are occurring more frequently with 2.2.18. In all fairness, it may just be that my reception issues have been “riding the line” since the beginning and it’s becoming an issue now for whatever reason, but it has been frequent enough the last month or so that I bit the bullet as well and have moved from an indoor antenna to an attic mounted antenna and so far so good. A good full week of recordings next week will be the true test.

So many variables I probably really can’t put much blame on Tablo other than it would be nice if the reboot situation could be “trapped” better so that the actual reboot that interrupts all other recordings taking place doesn’t happen.

I’m wondering if this reset can be trapped in software (or firmware)? If this is occurring at the hardware chip level - within the tuner itself - which is a third party component over which the Tablo may not have firmware level control… I had a similar problem with a PCI based tuner on my PC which Windows 7 could not trap as an exception when the signal dropped to zero; the tuner would reboot the PC.

BTW I ditched that tuner (a well known brand) and replaced it with a USB based tuner. Did not have that problem again. Seems as if an internal card sitting on the PCI bus can reset the PC much more easily than an external USB based component. I had enough of it when it crapped out with two minutes left to go in recording a two hour movie!

Would be interesting to know whether the Tablo Engine (Nvidia Shield with external USB tuner) also experiences the same signal based reset problem as the Tablo with internal tuner.

I like all the speculation regarding this “feature”. But instead of guessing (which is fun), let’s try asking…

@TabloTV @TabloSupport
I’ve got a Tablo Quad running FW Ver 2.2.18. When one of the tuners gets a “weak signal” indication, what is the Tablo programmed to do?
Thanks

I tried asking @TabloSupport in an earlier post… hopefully, you’ll have more success.

It started for me with the update. I have two tablos and after updating one, the issue started. I stupidly updated the second one a week or two later and it immediately started having the same issue. I reverted the firmware and it seems to have mostly stopped.