Off, Off Topic - Andy G Show - another MeTV quiz

Continuing the discussion from Antop Antennas!:
@MarkKindle @ben1 Off, Off Topic -
I just got another one, I can only guess at a couple of these… 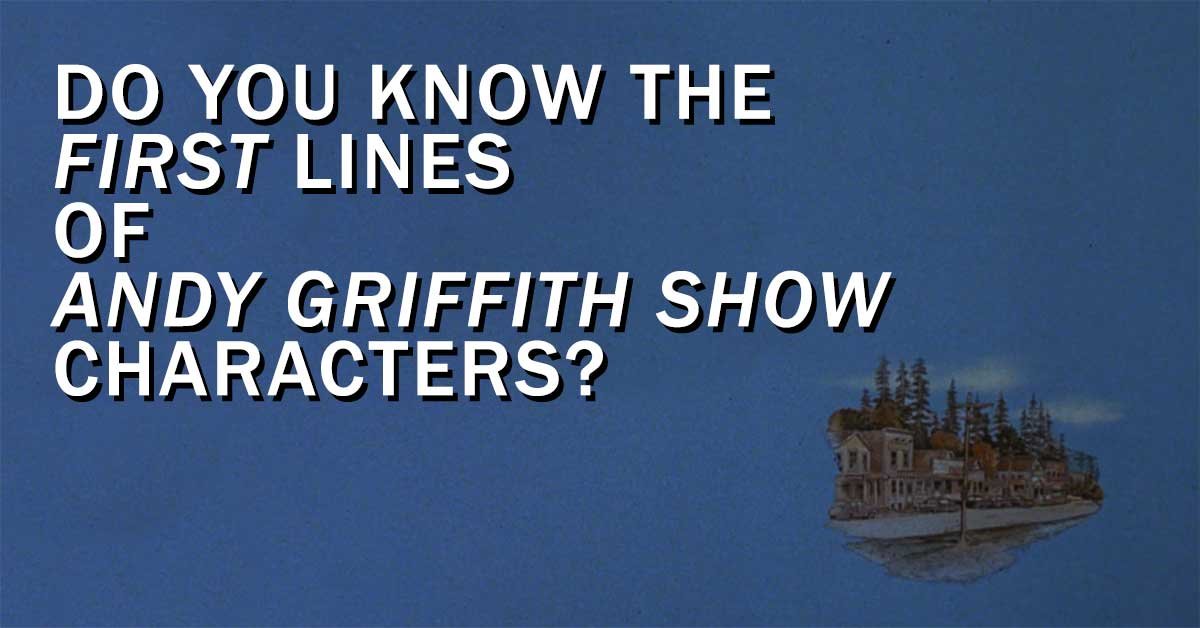 Can you match Andy Griffith Show characters to their first lines on the show?

Do you remember how Opie, Otis, Gomer and Goober were introduced?

There are only two series that I have the complete DVD collection - Andy Griffith and Seinfeld.

I could tell what Aunt Bee’s line is because she was the only one who would say, “Oh hush up Andy.” 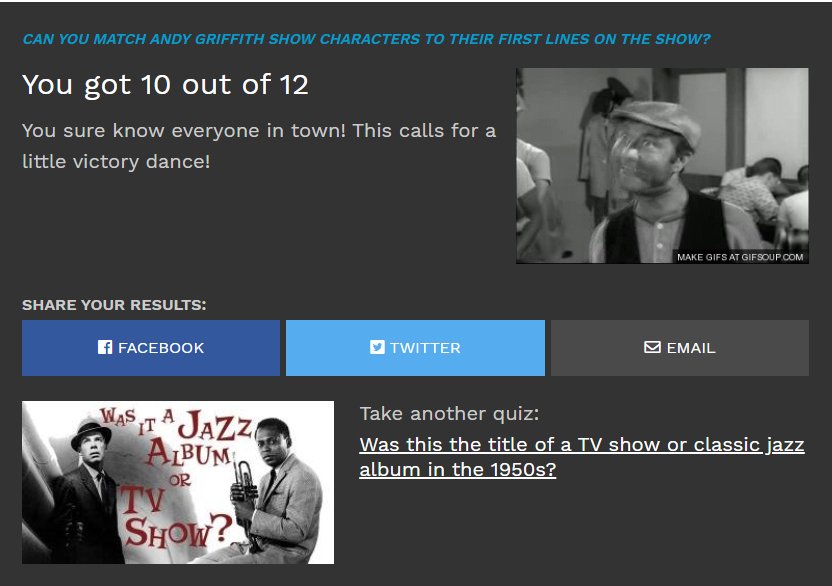 I can get 15/18 on a Gilligan’s Isle questions… Those Mayberry were too specific for me. Some are way too easy, others are impossible.

I’m not always sure how to feel about my score.

Checking with First Officer Spock, will get back to you shortly on that one. 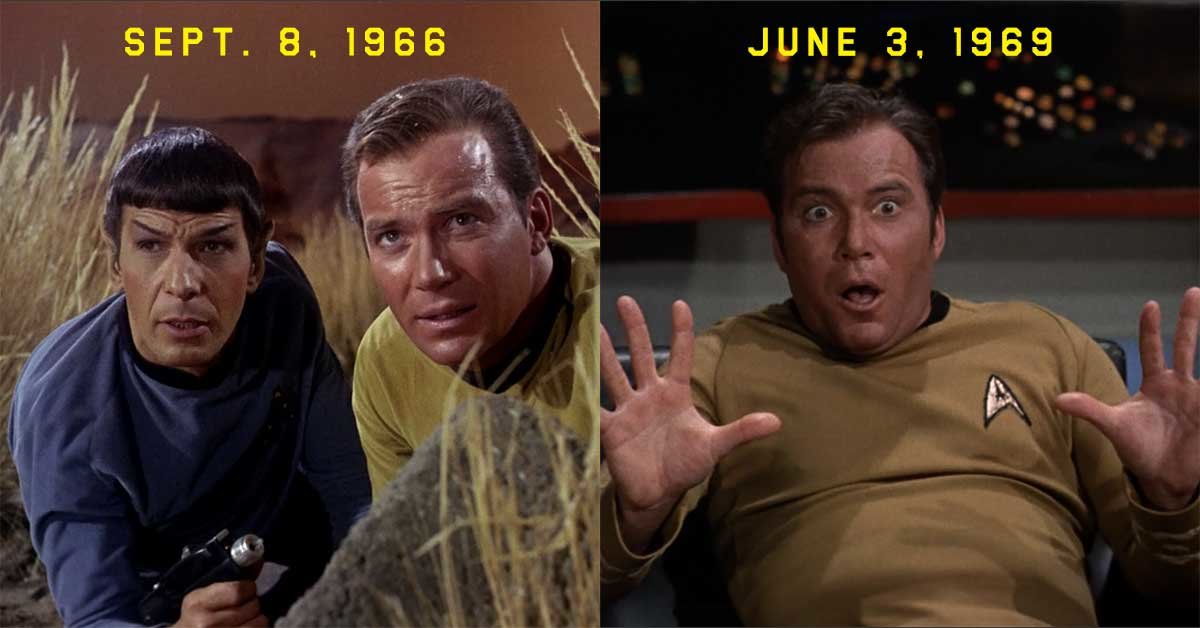 Did these historic events happen when Star Trek was originally on the air?

I was guessing on over half of these, evidently my guess factor was strong. 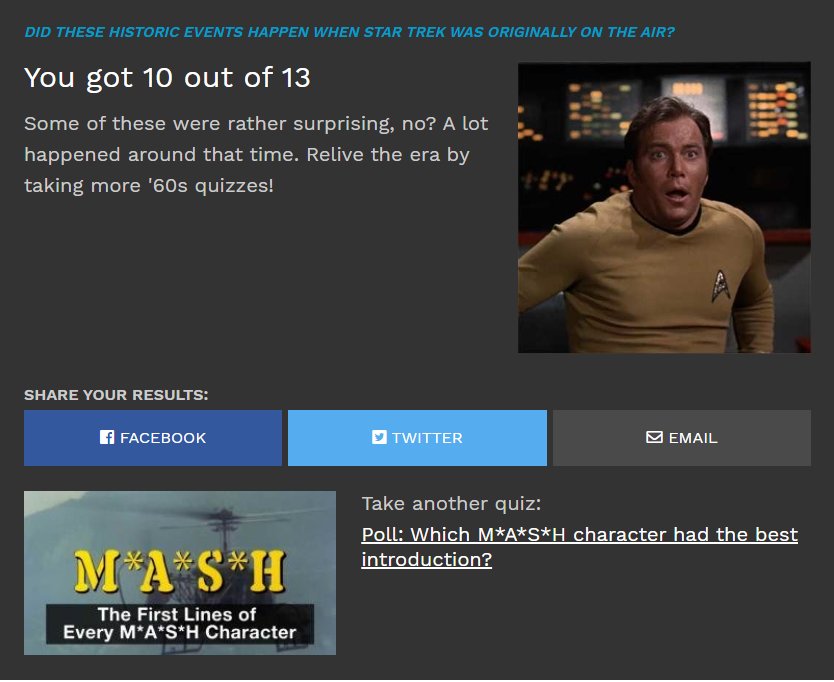 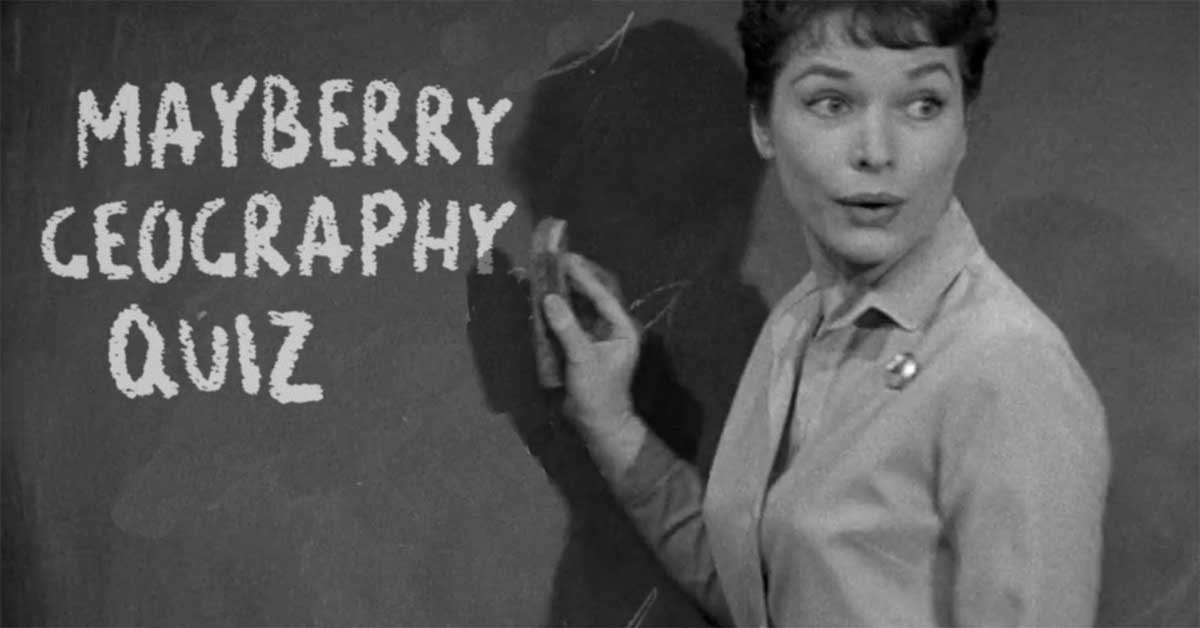 How well do you know the places mentioned on The Andy Griffith Show?

See if you remember these small towns and big cities from the sitcom.

Not sure why these keep popping up…

Here’s one for ya. What Academy Award winner appeared in the Andy Griffith Show? No googling…

I had another one in mind but Ron Howard did win an Academy Award. So there were actually two Academy Award winners on that show. There is a second one…

No it ain’t Floyd the barber! 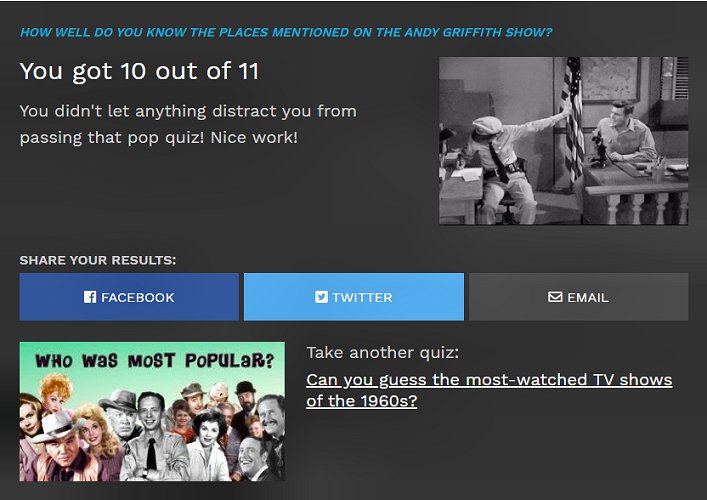 I know Don Knotts should have won (or has won) various awards for a variety of categories! and accomplishments!!

Here’s a hint: he became a “SHINING” star…

Yup, he appeared twice on the show. The one where he is arrested and taken to court (Aunt Bee is on the jury) is a classic. 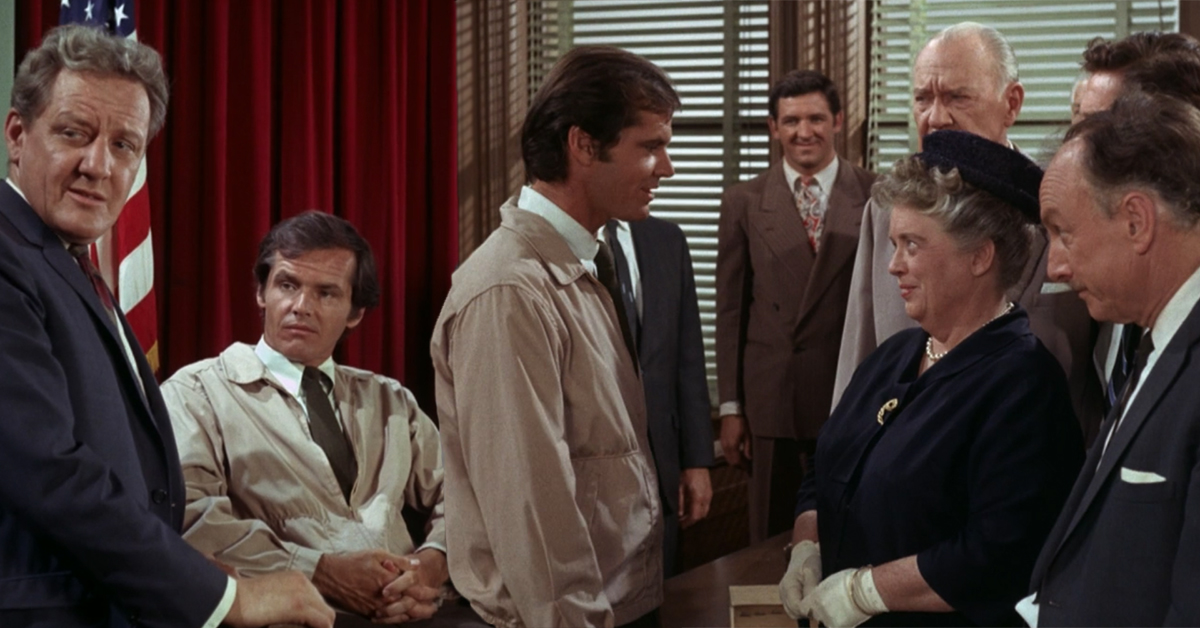 Watch: The last time Jack Nicholson appeared on a TV show was on The Andy...

It's been 50 years since Aunt Bee found Nicholson "not guilty."

If we are doing no Google TV trivia then game on…
Let’s play fair and beyond that let’s mix it up from softballs to obscure
Here’s a middling difficulty question:
Who played Alice on the Brady Bunch?

That’s an easy one.

Ok harder now and sticking with the Brady Bunch:
Who did Bobby kiss and see fireworks?
And the bonus, who was the actress who played her?