A new firmware is on the way for your Tablo! The focus of this release is to add some fixes for Apple TV, to tweak how guide data cover art images are updated (especially for sports - RIP Tom Brady) as well as some overall reliability and performance tweaks.

Like previous releases, this firmware will be offered in a staged rollout. A small portion of users will have access to this firmware immediately. We will increase access slowly as we judge feedback and distribute the firmware to increasingly larger batches of units over the coming week.

Release notes for 2.2.12:
• Changes to support tvOS 10
• Fix for isolated issue with incorrect guide data being shown for some channels
• Performance improvements for video and guide data image delivery
• Improvements to nightly database maintenance
• Other reliability and performance enhancements

For tips and tricks on successful firmware updates head over to the Knowledge Base.

If you have any feedback or questions about this release, please post them below. If you need support assistance, place a ticket and we’ll be in touch. 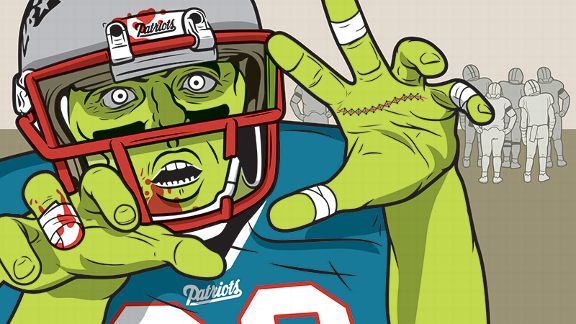 sounds great, but how about some actual feature updates soon? DD5.1? Only keep X number of episodes? etc.

Thanks for the release. This release had the most stability of any beta I have been on yet. Hopefully the general release also goes well for everyone.

sounds great, but how about some actual feature updates soon? DD5.1? Only keep X number of episodes? etc.

Don’t update for at least 30 days after the release of new firmware. Let someone else be the beta tester . . .

I am disappointed. It was over 5 months since the last release and this release has only 5 items? Very low efficiency. I guess all those previously “on the road map” items had flushed down the toilet.

Unlike some of the other folks here, I’m more interested in reliability and performance enhancements rather than new features. The best new feature I’ve seen is the one that came out shortly after I bought my Tablo, the live TV guide on Roku. Other than that, everything else has been a “nice to have” feature, but above all else, I value stability and reliability the most. My Tablo is performing like an appliance that I don’t have to think about. It took a while to get to that point with antenna and network upgrades, but I’m very happy with it now, so much so that I have more TV recorded than I can possibly watch, so I’m looking forward to the next hiatus when I’ll have the opportunity to binge watch and catch up on some of the new series that I haven’t had time for.

Anyway, “reliability and performance enhancements” is just fine with me… the last thing I’d want is the addition of something I don’t really need at the expense of that. Sure, some of the TiVo features like automatic commerciaql skip, fast playback, and the ability to fast forward through video in second-by-second full screen might be nice, but I’ve gotten used to what I have, and value other features that Tablo has and Tivo doesn’t, such as the ability out of the box to stream to multiple devices, and the ability to connect with my computer and phone while away from home. So long as Tablo continues to perform reliably for me, I’ll continue to value it as superior to Tivo.

Releases are staggered. It may be a few days before it drops for your Tablo.

“Like previous releases, this firmware will be offered in a staged rollout. A small portion of users will have access to this firmware immediately. We will increase access slowly as we judge feedback and distribute the firmware to increasingly larger batches of units over the coming week.”

Did you reboot the router, THEN the Tablo leaving time in between for the network to come up? Sometimes it just requires that sequence to get everything talking to eachother again.

If you are having issues with your Tablo, many of them can be solved by using some of the basic troubleshooting techniques found below.    Rebooting the Tablo DVR A regular reboot of your Tablo sol...

Or you may have been trying to access it during the maintenance mode after the update.

Thanks for the response.

Yes, I restarted the router, waited about 10 minutes and then restarted (power cycled) the Tablo. It is still not functional today. Of note, when I power cycle (remove AC power) or do the quick reset using the button, the blue LED on the bottom front of the unit does not ever blink as described in the troubleshooting. It also is not obtain an IP address from my router regardless if it is a reservation or just the standard DHCP pool.

As an addendum to my previous post, I wanted to mention that I have other devices on my network that can obtain a DHCP IP address, so I don’t think the router is the issue in this case. Thanks.

The tablo support statement "If the Tablo DVR reboot steps above do not solve your issue, you may be having connectivity-based issues. Try power cycling your router. " is nebulous enough to cover all conditions from alien invasion, Putin cyber attack, or fire ants on the routers motherboard.

Of course it never explains why the router problem seems to be limited to the tablo server.

Does this version include any improvements to the Chromecast functionality?

I agree with this sentiment, but I see one area that seems to be unreliable: connecting to the guide. I think the guide should be cached locally to my Tablo, and updated on a regular basis - maybe every other hour or so pulling a diff? However, when I connect either through iPad, Roku, or Android, it seems to be pulling the data off the internet - because it takes SO VERY LONG before the app is usable. If I try to do something before it completes, it will sometimes crash on me. (Hope I am not the only one who sees this behavior.) I think a good target would be to have the guide working within one second.