Channel reception via antenna but not via Tablo

I am able to receive a perfect signal for WXII 12 (Greensboro NC area) via my antenna, but not via Tablo. It shows a weak signal error. Any idea what is going on and/or how to fix it? WXII 12 does show on the Tablo Guide.

I am able to receive a perfect signal for WXII 12 (Greensboro NC area) via my antenna, but not via Tablo

This is confusing. are you using your tablo… instead of an antenna? -unlikely

Your tablo needs an antenna, presumably you’ve figured this out… could you clarify 'what’s up?

When I only had my antenna installed I was able to receive WXII 12 perfectly fine. Then I installed the Tablo. Even though it scanned this channel and showed it on the TV Guide, when I select it, I get a “weak signal” error. I did a rescan on the Tablo. Same problem. I decided to connect the antenna directly to the TV again and voila, I was able to receive WXII 12 again. I do not have any other issues with the other channels.

It sounds like you are falling off the “Digital Cliff”. The TV has one tuner but the Tablo has an internal splitter to either two or four tuners which will cause some signal loss. Check out these links:

Getting Technical with Over-the-Air TV Reception (AKA: Why Can’t I Watch This Channel?)

The most critical piece of troubleshooting video issues is first understanding how to classify the nature of the issue. If you’re experiencing poor video quality, there could be a few reasons depen...

Although it’s supposedly not common, you’ll probably find others struggle with this as well. I have encountered it myself. Unfortunately there is no universal answer.
You’ll get:

Receiving one or two channels on your TV, but not your Tablo:

The main difference between the Tablo and a traditional TV is that the Tablo has multiple tuners - so that you can watch and record multiple shows at once.

The drawback here is a small loss in DB when the signal is split. We use amplified splitting technology to mitigate for this loss, so it’s nearly negligible. In some rare cases, you could have one channel on your TV that doesn’t appear on the Tablo.

Users have found one or a mix… or none of the above to remedy their issue. Search tablotv.com and they have several support and bog articles tackling reception struggles.

Lets hope you get this straightened out – it’s aggravating!

Yep, the Tablos never pick up TV signals as well as a TV, at least in my experience. You need a bigger antenna and/or more elevation to get a strong enough signal for the Tablo.

I live in Greensboro. Most stations, 2,8 etc. are to the south towards Randleman. 12 and 26 (PBS) are toward the NNE on Pilot Mountain.

I am using this antenna which allows me to recieve signals from both directions. https://www.solidsignal.com/pview.asp?p=HDB8X

I can even pickup and record 27 out of Roanoke which is 65 miles away.

Are you disconnecting the TV and attaching the Tablo to the same cable? When I tried adding my TV via a splitter, the TV worked fine, but the Tablo stopped working.

I use my TVs to …watch TV - always have, probably will for some time. Had RG6 wrapped around the house to multiple TVs long before tablo.
Have upgraded new “power spliters” and re-routed cable. Added things, taken devices out… had done nothing recent, when --suddenly-- tablo had issues recording late evening shows.
It was very recent to a firmware update/upgrade. (but that may have been a coincidence, just like several other users).

A splitter added to decent cable, should have minimum impact, like -3db, it should be marked. If you don’t have enough signal to drop that much… your antenna may need tweaked, replaced, or you just are on the fringe of signals.

My Tablo doesnt give me as good of reception as my tv does. I’m using it thru Roku. Now, I have the Tablo app on one of my tv’s and it plays better thru there but nothing as clear as the direct antenna. So what I did was add an antenna to my tv’s (cheap $10.00 ones with rabbit ears) and when I watch live TV, I just watch it thru the antenna. I just use the Tablo to record and view later. The Tablo records fine when it’s recording a major network (ie ABC, CBS, FOX, NBC) because the signal is the strongest but it goes in and out on the other stations like MeTV. So all in all the Tablo does what I need it to do, record my major shows when they come back post covid and Judge Judy. The others like The Munsters and Green Acres, I just view on Hulu or Tubi.

The Tablo records fine when it’s recording a major network (ie ABC, CBS, FOX, NBC) because the signal is the strongest but it goes in and out on the other stations like MeTV

Having read all the comments and suggestions I am thinking of the following solution:
I attach the cable to a splitter with a switch and connect both the TV and the Tablo to the splitter with two cables. I should then be able to switch between TV for the best reception and the ability to watch WXII 12 and the Tablo for recordings.

If you think you want some kind of AB coax switch, built into your tablo, you’re probably mistaken. [coaxAB1] These are dated technology, although still available. [coaxAB2] It may not always be practical to replace an antenna,as previously mentioned, a combiner or a quality omnidirectional antenna is your best option. Hard to follow your logic considering your tablo has more than one tuner. Making it capable of viewing/recording multiple channels - from opposite directions. 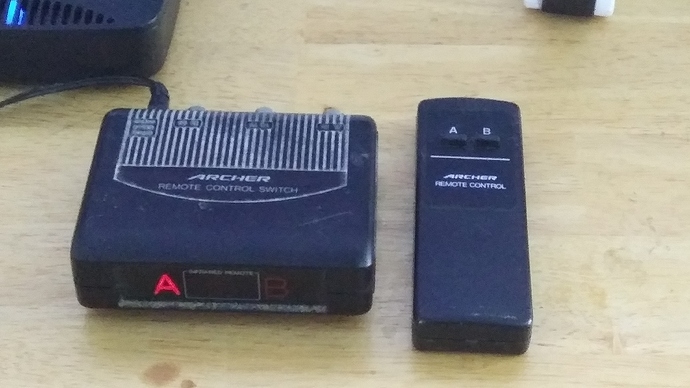 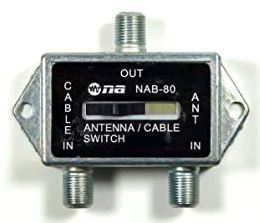 When “someday” comes around I have a box of …things and stuff, to list on ebay before I dump them off the the electronic recycling. It’s never any real profit, but if it’s worth something to someone and I get a few $$ after shipping and fees I feel that much better about it.

Why would a TV have a better tuner? Seems like a poor excuse to me. Should they not put the best tuner available into these units? That is the main purpose of this unit, to watch OTA signals. Why would they do that? I would have gladly given few more dollars for a better tuner. At least offer a few cost options for tuners. I bought a $200 LCD TV that has better signal reception that a Tablo? If that’s the case then I might need to re-think my purchase. Maybe there are better options out there.

The Tablo has multiple tuners - therefore, the signal must be split prior to going to the tuners. There is an amplifier on the “splitter”, but even with an amplifier, the split will result in a reduction of signal.

BTW - every “multi-tuner” DVR has the same issue.

There is an amplifier on the “splitter”, but even with an amplifier, the split will result in a reduction of signal.

Not arguing, but if that has a noticeable impact… you may not have enough signal to go around. I have my TVs double split >tablo x >split - TVxTV (due to set-up prior to tablo) amp-splitter - split between TV | tablo with an antique antenna.

If ~-3db loss degrades your reception… that’s where you’re at… 4 tuners aren’t for your location.

Why would a TV have a better tuner? Seems like a poor excuse to me.

Not sure, I was suggesting it may be a response. Search the forum for “TV Tuners” and you have plenty of hits.

I bought a $200 LCD TV that has better signal reception that a Tablo? If that’s the case then I might need to re-think my purchase.

If your intent was to just “watch” TV… yea. If you wanted to record OTA content… it’s clear.

Maybe there are better options out there.

I wouldn’t say “better”. But there have been discussions, OTA DVR don’t seem to be equally comparable. Each seem to offer vastly different options and vary greatly how the function. It is possible one may be a better fit than another.

A great many are extremely content with their tablo. (disclaimer: I’m happy with). Some users find it too much to press buttons and want to tell it what to do - Amazon’s device is an excellent fit, for example.

I have an amplified splitter (4-way) going to two Tablo DVRs and one TV (the other connection is terminated). The TV and the DVRs perform close to the same as far as pixelation, reception, etc… There might (and I stress might) be a 5% difference (neither has a signal meter), but I don’t get “extra” channels on the TV or DVRs (exact lineup), and when there is tropospheric propagation (my signal issues), both the TV & DVRs are similar in pixelation/channel drops.

I can compare it directly to both the Amazon Recast (my friend has one in his home) and TiVo Premiere Plus (I used to have it - gave it to my brother). All three DVRs perform almost identically (no extra stations - same lineup), and all deal with the pixelation/drop outs about the same.

The only real difference was the TiVo had a better diagnostic interface (signal meter, channel frequencies) than Tablo or Recast, which may be better for initial setup (need of pre-amp, amplified distribution units, “aiming” the antenna, etc), but once you are setup, performance wise, they were all about the same.

They were all 4-tuner models. I haven’t tried the 1 or 2 tuner models out there, so I can’t comment on those, but signal loss on the internal splitter isn’t “drastic” - probably only a few percentage points of signal strength (i.e. 75% vs. 71% maybe).