After months of virtually flawless performance I had my first hiccup on my Quad last night.

I was recording the 6 pm news while watching a previous recording, when I was interrupted by “Unable to record due to weak signal. If this error persists, contact Tablo support.” It was a black-screen critical error from which I could not back out, and soon enough the Quad rebooted itself. This happened a second time, after which I readjusted my indoor antenna to eliminate pixelation on the channel being recorded. It required one final unplug/reboot to allow my apps to reconnect, after which all was good. For that 30 minute show I was trying to record, there were multiple files, each a few minutes in length.

Never had anything like this happen before, even on weak channels with occasional pixelation. Has anyone seen this error before?

50+ results forweak signal reboot reading through some of these you’ll find other with similar results.

There are other, less likely, reasons for random reboots. I have noticed as of late there have been sever topics with users “suddenly” having varying weak signal issues - you may not be alone.

Yep, I see it now; others have encounted the exact same behavior when attempting to record an extremely weak signal, so I guess it’s “normal.”

I would watch to see if the channel number in the message popup drifts to another channel.

Here is what I saw.

I was using a OG 2-tunner. Many of the stations in my location must have don’t a bundle deal and upgraded their tower and transmitter at the same time - end of phase 2 repack. Since then they seem to take turns fine tuning their new transmitter. This causes strange fluctuations in the signal.

I was watching a recording on Roku when around 10:20AM the popup message appeared for channel 17-1. It took some effort, I regained control of the UI, stopped what I was viewing and entered the recording menu. I could see that there were multipled segments for the show on 17-1, stopped the recording and deleted the recording.

Then a popup appeared saying the signal on 69-1 was weak. When I checked it’s recording it was fine. Since it was now 10:29AM the 10:30AM recording on channel 69-1 started with no further messages.

Not exactly. They had similar results. There are a variety of issues, or reasons, at play here. Zippy pointed out one of the more complex ones, which may have remedy it’s self.

Yep, I see it now; others have encounted the exact same behavior when attempting to record an extremely weak signal, so I guess it’s “normal.”

Unfortunately, yes, although I bought a great antenna, Antop 400-BV, to replace the flexible, flat panel one taped to my wall, I still have 1 channel I want to keep that fades in and out, and will eventually crash the Tablo, if a recording is scheduled during a marginal signal timeframe.
I’m okay with that, cuz all the other channels come in crystal clear, and I’ll lose most of those, if the antenna is aimed to receive a better signal on that 1 problematic channel.

Thanks for confirming! …And I’ve been trying an Antop AT-800SBS to replace my Terk HDTVA. I think overall I’m getting the best results I’ve ever had with the Antop so it’s a keeper, but as they say, no indoor antenna will ever match an outdoor.

Mine performs so well inside, it’s making it very difficult to justify moving it to the roof.

Instead of climbing up on the roof, some people just attach it to an exterior wall (with some height). My brother did that to avoid lower interference (he didn’t feel like doing a balancing act on the roof). 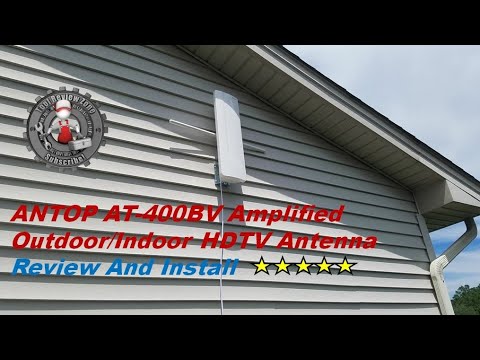 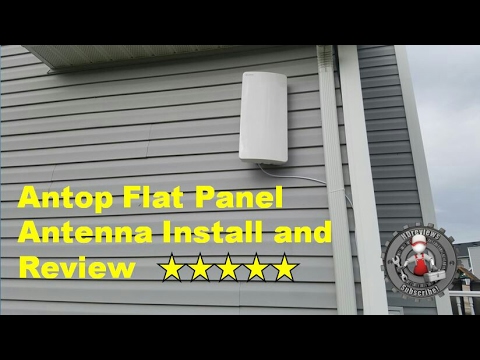 That’s not always ideal, depending siding material, and limited to having your facade in the right direction… it does keep it safe from strong winds and flying objects.

I’ll say, it doesn’t look like a first choice option, but if it’s working and gets him clear channels I’d say he’s got a winner!!

Instead of climbing up on the roof, some people just attach it to an exterior wall (with some height).

I wish that would work for us.
Unfortunately, some of the channel signals we want are coming into the back of the antenna, and they don’t like 1 inner wall plus a window to go thru, let alone 2 outer walls. 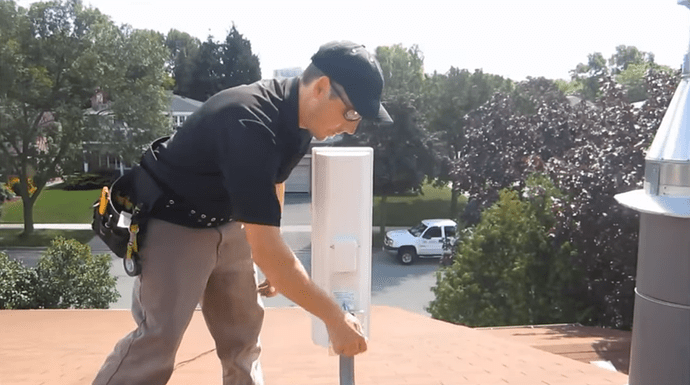 At my age I’d be tempted to buy two of them and put them on opposite sides of the house (wall mounted). My roof climbing days are way past. As my wife told me, “You climb up on that roof one more time and I’ll break your legs.” Something to do with Medicare & supplemental insurance…

Another idea would be to attach an extended bracket to the corner of the house so that the Antop has a view behind it and ahead of it.

This guy attached an antenna to the beam under the roof with the antenna peeking above the roof: 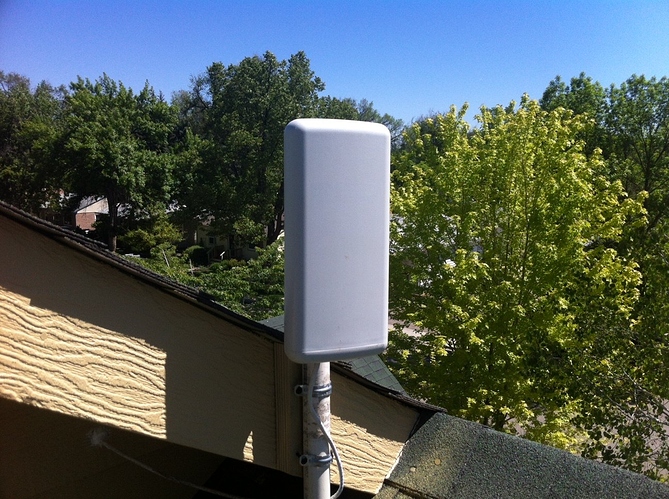 Yes, this seems to be a flaw in the firmware. When the box fails to record, due to low signal, Tablo will crash and reboot. Then, after the box reboots, if you go into the recent recordings, you see the fresh error on top of the recordings list. I eliminated from my channels the weakest ones in the lineup scan list, leaving only the ones with full green bars. But if there is rain fade in the area, and the recordings fail, then Tablo will reboot again.

I’d be interested to know exactly what you’re doing that it reboots. I’ve had my quad try to grab a channel from Toronto (that’s off the backside of the Antop 400BV and well over 40 miles) and my Tablo hasn’t rebooted even when the signal pixelates and drops right out.

It is a “known issue” is you search the fourm there’s plenty of discussion.