Hello everyone. New to the forum and have had the Tablo about 2 weeks. Was curious if anyone on here was using their tablo on the tivo stream 4K. I have been and it works great. I had done some research on the tivo and pretty much everyone said that it would not work because they were rivals and did not get along with each other. Has anyone had any problems with the tivo running tablo. The only problem I have had is with the commercial skip. It seems to cut the commercials out on the record bar but does not always skip the commercials. Has anyone else had this issue. Thanks in advance

The TiVo Stream 4K is just an Android TV device so as long as it has the Google Play store you can install the Tablo app and it should work. It should operate like an Amazon Fire TV device, or Chromecast with Google TV device. 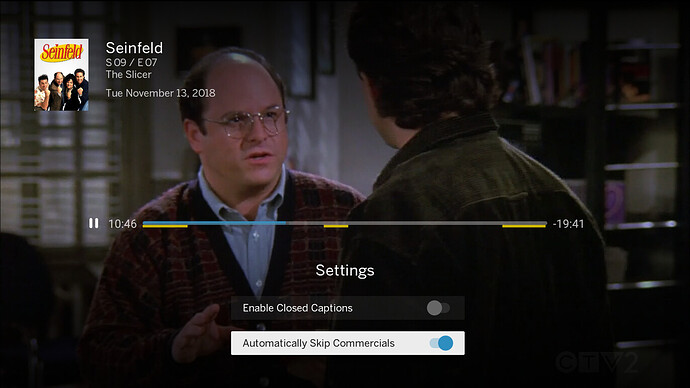 Yes the bars on the the record bar are yellow. It will work great on 1 recording and not so great on another. Makes me wonder if Tablo has all the bugs worked out yet. Do you know how long the commercial has be in service. As far as the Tivo it has been working fantastic. It is a very good streaming device

Do you just mean the Tablo is not correctly identifying commercials? Cause that has nothing to do with the playback device such as the TiVo Stream 4K.

The skipped commercials show up on the progress bar on the recording but sometimes when it gets to were the commercials are it does not skip over them. I can fast forward it thru the commercials. The recordings on the tablo play fine other than that. It also does the same thing in my roku premier

Thanks I will try that

Let us know if that works for you.