Just measured mine at idle - 127 degrees with an internal drive. It seems way too hot.

Now pop the lid and take the internal drive out. See how long you can hold it. Even if everything is still within spec, I think the consensus is that heat reduces lifespan. I’m glad I’m cooling my unit.

I think the consensus is that heat reduces lifespan

…while taking into account a 2.5" drive is designed to work in a hot laptop computer with little to no cooling for the drive… 127 is hot for humans, but electronics devices have different tolerances.

Yes, cooler is better, relative to the device

I’m hooked on Iced Coffee, I get it, it’s not for everyone, but it is not just cold coffee with ice.

Which kind of laptop cooler did you order if I may ask? 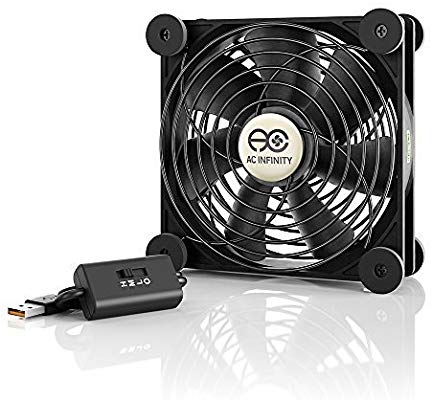 I’m very happy with the one above, you can scroll up to see my pic. I also have this little fan arriving today just to see if it fits into the hollow space on the bottom and can work, but the one above is great. 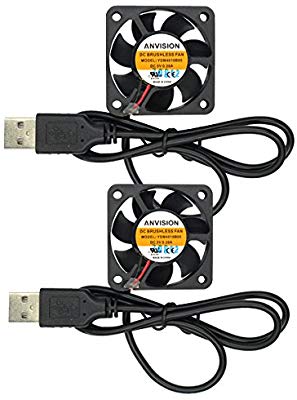 Update: Of course these little fans didn’t fit, but the Multifan S3 on the bottom (blowing up) at the lowest speed is perfect.

Which laptop cooler do you use? Also is there a small dresser shelve that I can out Blu Ray under it and tablo on top with the fan

Without seriously investigating, I’d consider the DeepCool WindPal mini if my OCD were to flare up over my tablo’s temp. (I too have issues… things the just bother me.)

Here is my post from Sept. '15 : Hey, thanks for the post. I ordered the DEEPCOOL WIND PAL MINI Laptop Cooling Pad 15.6" Slim Design 140mm Silent Fan Blue LED from Newegg US for 9.99 with free shipping and got it yesterday in 24hrs. I set my Tablo and 2TB Seagate usb portable drive on top of it and plugged it in. It makes NO noise and very little breeze …but my Table is now just barely warm to the touch and before it was HOT - 90++. And my HD seems to be just fine up there…so far

And a few months later I got a second cooler for my Roku and AirPort Extreme. Had almost no problems since.

Please share more… after several years - still just as quiet? I’ve mistakenly clicked on products and they appear to have a nice catalogue. I don’t think my router (or tablo) is too hot, but never disagreed “cooler is better”.

For less than $10 from NewEgg ‘what-the-heck’ 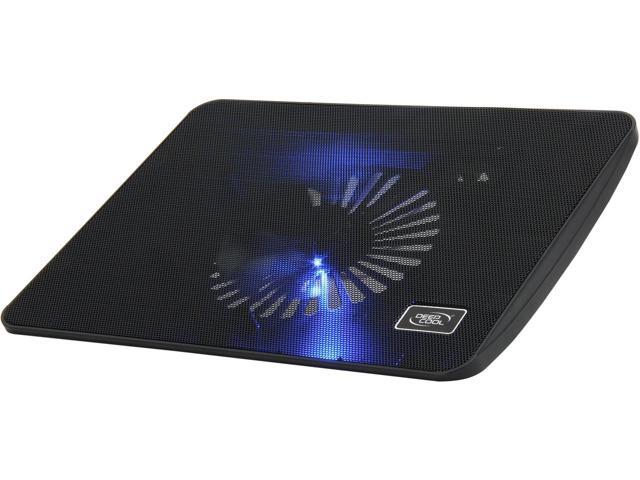 while NewEgg appear to advertise it as having a

Please, could you assist in clarification? It would be very helpful and appreciated.
…sorry for any inconvenience.

Here is my setup. Everything is still very quiet and cool. Amazon also has a number of laptop coolers - I think they all do about the same thing. 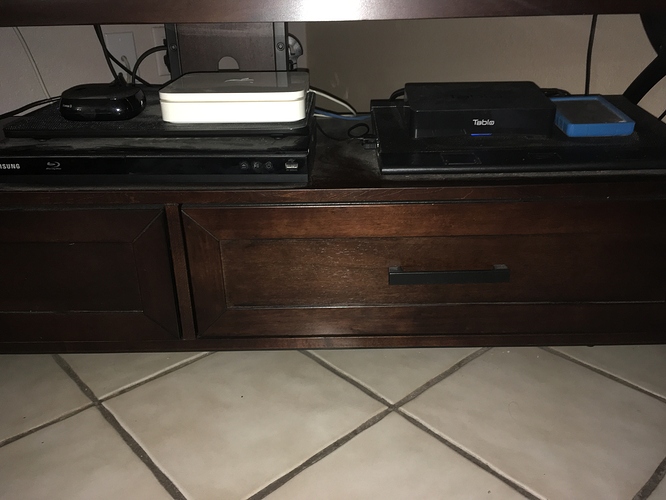 Can the blue LED on this cooler be turned off? Is it visible in a darkened room?

No you cannot turn it off, and no it is very very faint and mine is all covered anyway - as shown in the photo.

MY brand new Tablo Quad was running very very hot to the touch. I got a laptop cooler from Amazon https://www.amazon.com/gp/product/B017GGKIRA/ref=ppx_yo_dt_b_asin_title_o02_s00?ie=UTF8&psc=1
It has made a world of difference. I really think they should have put a Fan on the bottom of the unit. Heat destroys a hardrive.

Yep, this has got to be the hottest passively-cooled component I’ve ever owned. 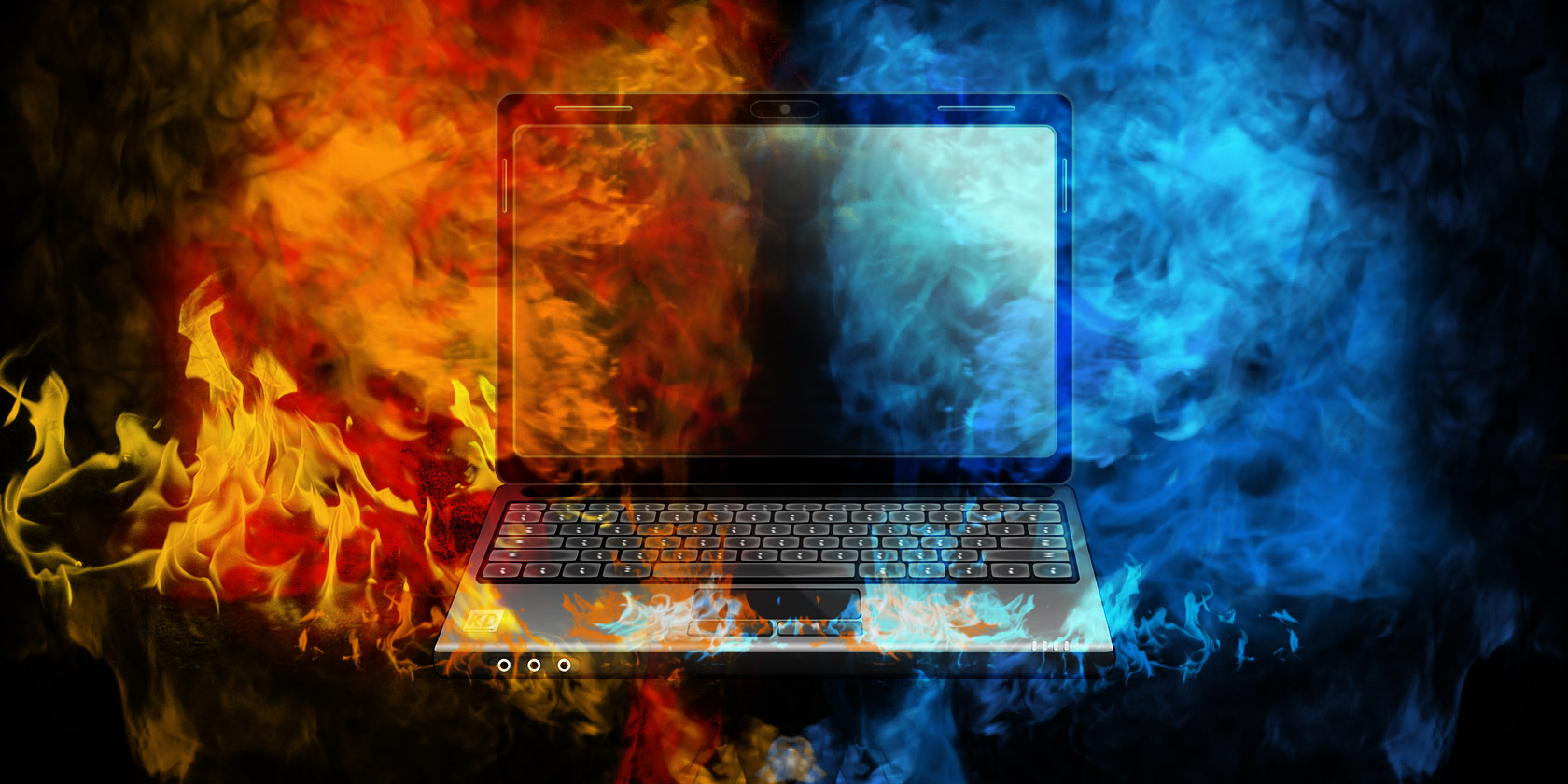 How Heat Affects Your Computer, And Should You Be Worried?

From time to time, we all get concerned about our computer's temperature. But should we be worried?

Correlation between disc drive failure rates and high temperatures is questionable, however, even leading Google engineers to conclude that “at moderate temperature ranges it is likely that there are other effects which affect failure rates much more strongly than temperatures do.” Effects are greater with older drives, especially those over three years old. 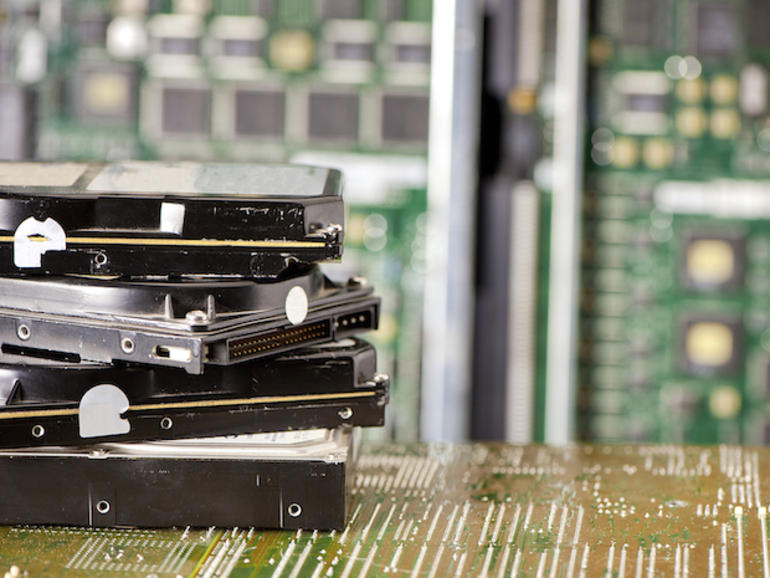 "Free-cooled" datacenters use ambient outside air instead of air conditioning. That lets us see how environment affects system components. Biggest surprise: temperature is not the disk drive killing monster we thought. Here's what is.

Relative humidity, not higher or more variable temperatures, has a dominant impact on disk failures.

High temperatures are not harmless, but are much less significant than other factors.

Maybe Tablo and drive manufacturer engineers and technicians had a clue with their designs decision and testing.

Table support kind of opened this topic back up by responding to another post I had made. So while I’m sure everyone is sick of the topic I’m going to dig in a bit anyway.

My first observation of the Quad was that no way in the world was I going to leave the internal hard drive in as it ran stupid hot. That being said I’ve since added the 40mm fan forcing air up and out the top of the device. Has this helped, yes. How much has it helped, not sure. I just stuck a thermocouple in one of the vents on my Quad where the hard drive sits and it’s steady at 46C. Keep in mind this is After adding the 40mm fan to help push air out of the top of the unit. This of course is also going to draw some air around the hard drive as well. Yes I could put the entire thing on a laptop cooler, etc. But why… My fan mod isn’t much louder then the hard drive itself and doesn’t make the device look different.

Edit: Just found another part of the hard drive housing that’s sitting at 50C steady, again with the fan running. Ambient is 23.5C

On another note I’m actually promoting the product to friends and family, just not with the internal drive.