Agreed, the providers need to show the shows on the schedule provided, I also missed the first seconds of the show and modified to record 2 mins early, but this is normal for CBS

Are you sure your Tablo has the correct time? Is it possible that your Tablo is a minute or two slow and that is why you are missing the beginning of your shows? The other option is that your local station is airing their prime time programs a minute or two early. Are all programs on all stations causing problems or is it just one network? If it’s just one network, then you can’t blame Tablo for missing the beginning of your shows you need to complain to your local station to set their clocks to align with the rest of the world.

Are you sure your Tablo has the correct time? Is it possible that your Tablo is a minute or two slow

How can we actually tell, we can’t access the clock beyond the minutes on the live TV screen, to get precise you’d want to see minutes. Otherwise, you have no real way to get them to look into it further.

If it were, what would be the recourse? We have now access to setting a local NTP server, or how frequently it connects. …or even setting our time zone specifically to our location (there are occasional few whose time is set from the ISP across the time zone line from where their zip would put them.)

Are you sure your Tablo has the correct time? Is it possible that your Tablo is a minute or two slow and that is why you are missing the beginning of your shows?

Considering I can’t tell what time it actually has, yes sure that’s possible. I do however run an NTP server with GPS reference in the house, so I know my network has the correct time. I also have a few clocks synced to Boulder Colorado NIST facilities to double check the NTP server. I’m within a couple nano seconds.

I notice the Android app has the time on the screen, not sure if this is from the Tablo or just the Tablet. It’s spot on whatever the case.

Your time maybe more accurate then any of the individual stations you record from.

I take voltage, current, frequency and time standards very seriously. All I need now is precision temperature references and weight. I guess toss in luminosity for the fun of it.

All I need now is precision temperature references and weight.

Don’t get me started on how warm the Tablo should be. I’ve already been accused of being a hater against the Tablo which is not true, however when it comes to how warm it runs…well…bad subject.

Just because it’s “human” hot… isn’t the same as beyond it’s operating range. Sometimes, if it just makes you feel better knowing you can comfortably hold it in your hand, that’s your issue - not the universe imploding.

Let’s just say I have my hard drive for my Quad outside the unit as a hard drive shouldn’t be above 40C or it will shorten it’s life in some cases drastically. As far as the IC’s and such that’s fine, the Tablo doesn’t have any electrolytic capacitors so that also is fine. 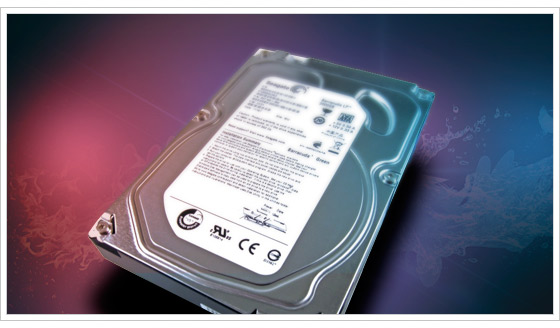 Hard Drive Temperature – Does It Matter?

How much does operating temperature affect the failure rates of disk drives? Not much. The unlimited online backup service provided by Backblaze requires a lot of storage. In fact, we recently passed the 100-petabyte mark in our data center. This...

I’m not sure if this is a problem with the guide data provider or what. Regardless of the cause the Tablo should be smart enough to know that shows don’t start at 8:01 or 7:31, etc. To be clear the Coming Soon schedule tab actually shows times like 8:31 PM instead of 8:30 PM.

Shows do often start a minute after the hour or half hour. It’s actually something that the networks do to keep you from switching to another channel. The time displayed should be correct as the data comes directly from the local broadcasters.

If you’re looking for someone to blame, it’s Ted Turner:
https://www.straightdope.com/columns/read/1626/why-do-wtbs-shows-start-at-05-and/

Other networks looked at what he was doing, and borrowed it for some of their programming.

As for late-night shows, you can apparently blame Desert Storm: 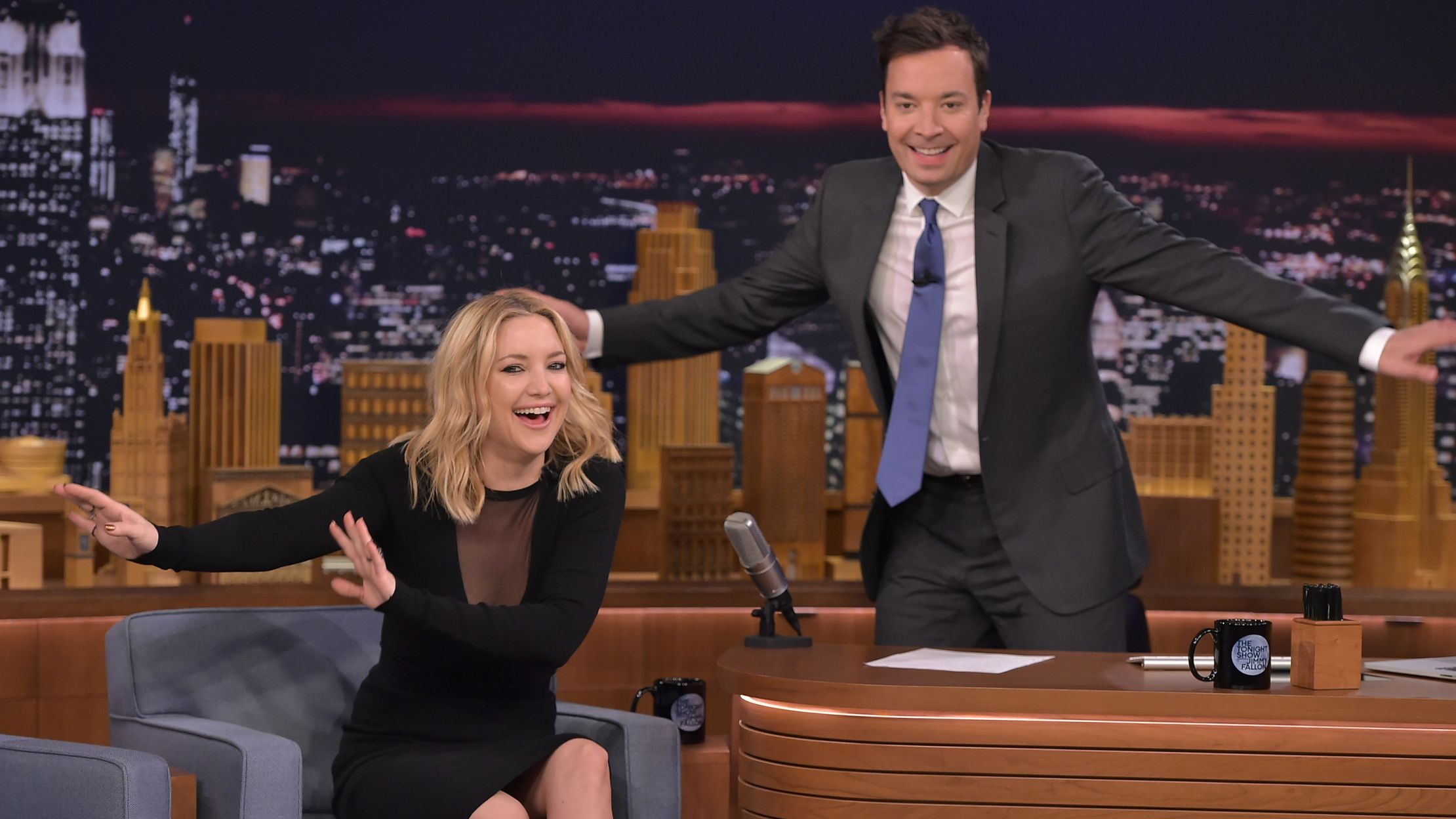 why in the world does it not have an option for 1 minute early?

Yea, people think if they can’t touch it - bad

Correlation between disc drive failure rates and high temperatures is questionable, however, even leading Google engineers to conclude that “at moderate temperature ranges it is likely that there are other effects which affect failure rates much more strongly than temperatures do.” Effects are greater with older drives, especially those over three years old. Relative humidity, not higher or more variable temperatures, has a dominant impact on disk failures. High temperatures are not …

The networks and local stations are just messing with us.

This is not the right place to discuss the topic, however in my 30+ years in the industry I can safely say the Tablo Quad runs the hard drive hotter then anything else I’ve ever seen including the vast majority of laptops. That being said I’ve re-installed the 40mm fan back into my Quad and installed the 1 TB Toshiba drive back in the Quad and we’ll see how things go. The fan pulls air from the bottom and forces it up and out helping overall temps greatly. I’ve added a resistor to drop the 12 volts form the power in down to around 7 or 8 volts, so the noise level is nothing.

This is not the right place to discuss the topic, however in my 30+ years in the industry I can safely say the Tablo Quad runs the hard drive hotter then anything else I’ve ever seen including the vast majority of laptops.

Yea, but the 1 minute offset has pretty much been covered - it has nothing to do with tablo’s engineering it does what it’s suppose to. The heat topic has also been discussed and revived and Nuvyyo has yet to recall their devices due to excessive heat, or even hinted they may have miscalculated the temperate range. Given that -

Drive have changed drastically over 30yrs as have laptops. You know some don’t even have an actual drive or disk - no moving parts. Some laptops don’t even have conventions removable ones. Hotter than anything else isn’t the same beyond it’s operating range. As for lifespan, how long do you think all of this will last under ideal conditions? and how much sooner will this die?

Several user report their power supplies die. Some comment that they often have these things go on different devices. Me, I have multiple electronic devices with external power supplies - years or even decades old, as have others.

I’m using 3 -5 drives in various machines - bought used off ebay. I’ve had a couple +5yrs running non-stop, others as needed. There are such a wide spectrum of issues impacting the life of electronics, in some ways it looks like hit-n-miss as whose will work and which will die.

If your world is at peace obsessing with heat and voltages or 90seconds of a network sit-com cool - but that doesn’t make it wrong or not right. I don’t pick mine up, so I don’t know how hot it is. So it doesn’t bother me, I have other issues I’m obsessed with.

The one thing I like about the design is that they don’t have any electrolytic caps anywhere to be found, well except the power supplies (wall warts). I honestly could care less about how hot the Tablo runs, I’m far far more concerned about how hot the hard drives run in the Tablo.

Moved this discussion to an appropriate topic.