We’ve just released an update to the LG webOS app which works on LG Smart TVs. 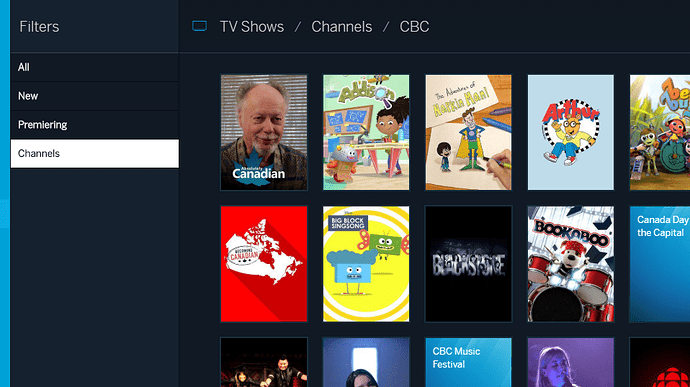 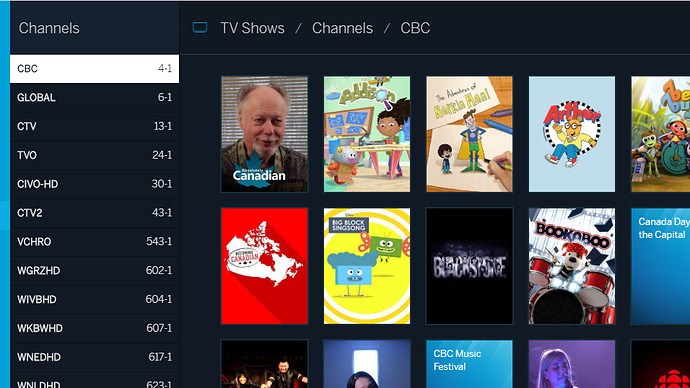 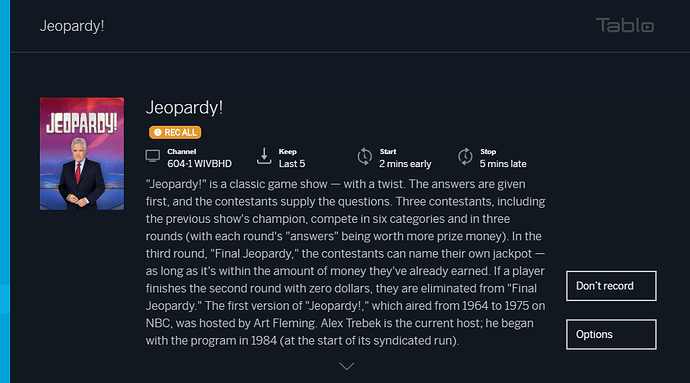 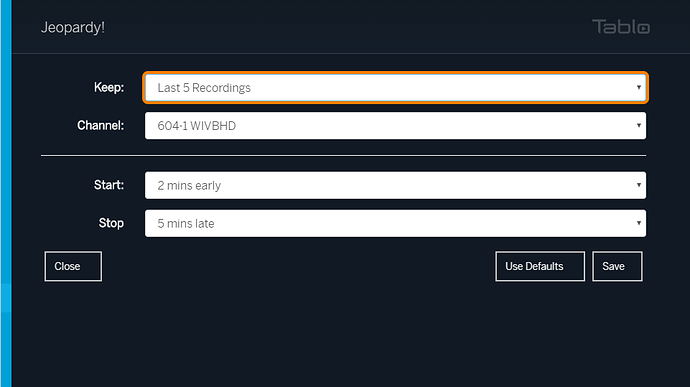 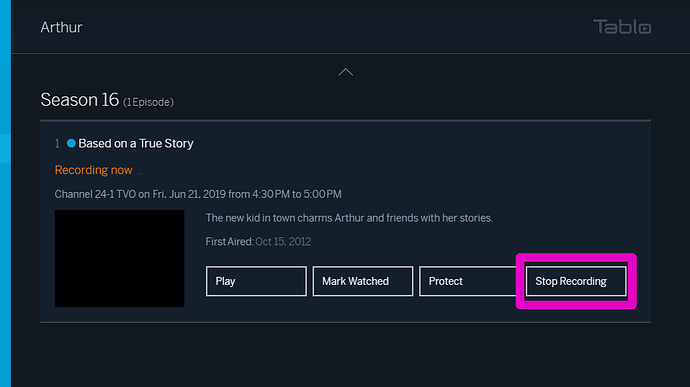 We hope you like this update. If you have any questions or comments, let us know.

Any idea when this will be available? LG Content Store currently shows Version 1.1.4 as the latest version. I’m on webOS 3.8.0-61106 (deadlocks2-dunggirl). Thanks!

Err… never mind. It appears the update has already downloaded, as I’m seeing the new features now, such as “stop recording.”

Odd that the content store doesn’t list the updated app by version. On screen settings notes the version is 1.7.4.

“Play from beginning” during live recording is not working? Tried that on NBC Nightly News tonight- it started at the live point in the broadcast, not the beginning.

Fix for in-progress recordings to enable playback from the start, not the live position

Also, the app appears to take longer to load than the previous version, FWIW.

Load time is slow but I can’t say if it’s slow than it was before.

My LG tv can no longer use the TABLO APP. It comes up and just has a blue screen. I loaded the app on my phone and its working fine. How can we go back to the old version? I assume this updated recently.

I updated to 2.2.26 and still not working. This sux, its our main TV. @TabloSupport

Already did all that. TV works fine over network when I watch prime on it.

Opened a ticket with support @TabloSupport.

I’m seeing same issue. I see the new features but watching a recording in progress does not start at the beginning of the recording.

Sorry to hear that. Are you hitting play on the Live TV screen or from the Recordings screen?

Same here- it doesn’t matter which screen you start from. The recording screen gives the pull down option to start from beginning, but it still starts from the live point.

The 25 second load time between starting the app and the “connecting” pinwheel screen appears is also annoying.

We’re investigating this behaviour now @JDW @tapokata, and we’re also looking into why some TVs are having issues launching the app @t_g_farrell. We’ll post an update as soon as we have news.

Thank you. I forwarded my set firmware/software particulars in an e-mail to support.

Quick update: we’ve pushed a small change to improve the app loading time. This remains version 1.7.4 - this will likely take a few hours to propagate in the LG App store. When you get a chance, let us know if you see the improvements on your end.

I deleted the prior version, and downloaded the “new” version. FWIW, this is still identified as version 1.1.4, last updated 10/25/2016 in the LG Content store, so that is not helpful.

The settings information on this version is showing as:

so I am guessing this is the latest?

In any case…I am sad to report that there is no change in the loading time. It still takes 25 seconds between the launch and the start of the “connecting” pinwheel before the screen is populated.

It seems others already noted that the new update to the Tablo app loads MUCH slower on the LG TV. It is pretty annoying.

Doesn’t load on my LG TV at all. Now thats slow! @TabloSupport