I’m sure most (at least most sci-fi fans) know but to set this up, Star Trek Discovery, the latest series in the Star Trek franchise, premiers Sunday, Sept. 24, on CBS (OTA).

That is the only episode that is currently scheduled to be broadcast, if you want to watch the rest, you have to subscribe to CBS all access at $5.99 / mth (with commercials) or $9.99 / mth for commercial free access.

I am a huge Trekkie but personally, I think this is BS and I will NOT be subscribing. I MIGHT wait for the full season to become available, pay for ONE MONTH and binge it all together, but probably not.

(For those who have never did the free trial, that could be a good time to use it.)

I refuse to even watch the premier as I am sure it will end in a huge cliffhanger, making it difficult to stay away from temptation.

It might not be so bad if CBS was at least part of Hulu, or if CBS all access was cheaper, but I refuse to pay that much for one show. I fear though, they may find success here and this further alienates them from considering a Hulu agreement or worse, they continue to develop more shows for streaming access only.

Other thoughts on this?

Will you go ahead and watch the premier?

Anybody adding the subscription just for that show?

To add insult to injury, it’ll be available via Netflix everywhere except the US & Canada.

CBS seems to be doing this more and more… The Good Fight, Big Brother OTT, and now Star Trek Discovery. I have all the same complaints as you do, and won’t be signing up for a subscription, tho I may watch the premier episode.

I do find it hard to believe that it’s more lucrative for CBS to do this via All Access subscription as opposed to an OTA broadcast with a larger audience with all that income from commercials. I was hoping they’d come to their senses after The Good Fight, but no such luck.

I wasn’t even aware they had done it with other shows. SO yeah, not a good trend!!!

I may watch the premier episode.

I’m betting a lot of folks will watch the first episode and then ‘borrow’ the rest from nefarious sources.

It is very lame CBS is doing this model. If every channel starts charging $10/month at some point we are going to be paying just as much as we were with cable/satellite. Lets see how well this business model works for CBS. Hulu is only $12/month no commercials and has a ton of content. $10/month for 1 channel’s worth of (limited) content doesn’t seem like a good value. A better option would be what AMC does with The Walking Dead. You can buy an entire season on Amazon Prime Video for something like $35/season. You own the season and new episodes are available the next day.

To add insult to injury, it’ll be available via Netflix everywhere except the US & Canada.

Last I checked CBS All Access wasn’t available in Canada. Did they do a deal with the Space channel?

Maybe (I hope) we (Canada) will at least get it on Netflix after the season is over.

I’m betting a lot of folks will watch the first episode and then ‘borrow’ the rest from nefarious sources.

So, I spend about $500 on hardware specifically to be able to record OTA and thus avoid “nefarious sources” and they decide to reward me by encouraging the use of nefarious sources?

Did they do a deal with the Space channel?

And we certainly aren’t encouraging the use of sketchy sources.

The point I was trying to make is that CBS’ choice to go OTT only for this series will likely backfire and result in it being one of the most pirated shows of the year. Not that pirating is a good choice.

We will always hope and encourage networks to carry content OTA in the era of cord cutting, not only because it’s great for us and for consumers, but because networks will miss out on potential ad eyeballs by pulling stunts like these.

So I can’t stand them and would never sign up for their monthly service.

And we certainly aren’t encouraging the use of sketchy sources.

I didn’t think you were. You seamed to be discouraging it. (I hope I was too). I wonder if they realize that expanding OTA and joint OTT (like Netflix) will go a long way to killing off piracy?

The point I was trying to make is that CBS’ choice to go OTT only for this series will likely backfire and result in it being one of the most pirated shows of the year. Not that pirating is a good choice.

That’s what I thought too.

We will always hope and encourage networks to carry content OTA in the era of cord cutting, not only because it’s great for us and for consumers, but because networks will miss out on potential ad eyeballs by pulling stunts like these.

Yep. Sunday night I watched the premiere of The Orville live on TV (with commercials and everything) while my Tablo recorded it. I understand it is going to be OTA on Thursdays regularly, later this month.

If anyone missed The Orville on Sunday (and wants to see it), check the schedule, the episode is showing again, I believe. (Fox and CityTV) 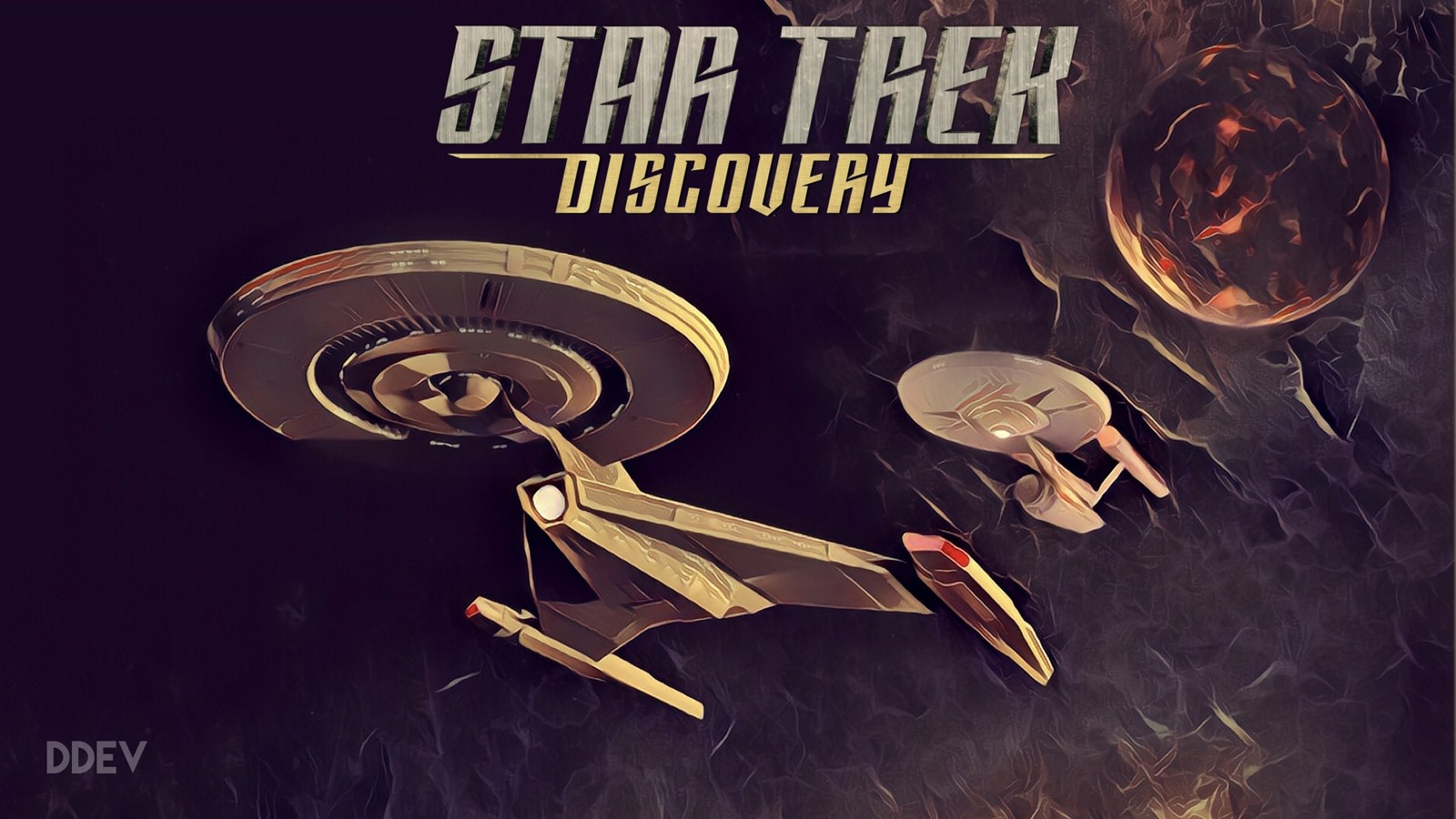 Is CBS About To Ruin 'Star Trek Discovery' By Making It Political? | Collectible...

If this article by Carli Velocci of The Wrap is correct, CBS is about to ruin their new 'Star Trek' series 'Discovery' by potentialy pushing a

Wasn’t planning on watching it anyway. Especially after reading this.

then they will cancel it due to low viewership … just watch…

Wasn’t planning on watching it anyway. Especially after reading this.

Star Trek has pushed political views from the beginning.

The old series had a black female bridge officer. That was extremely daring in the 1960s. It was unheard of prior to Star Trek.

The Next Generation had a lot of episodes on political (and un-popular) themes in it’s day. The “prime directive” alone is a political statement hinting that maybe western countries should stop interfering in other cultures and trying to push our values on them. There were several episodes on climate change (which was not widely accepted in the 1980s outside of scientific circles).

Making veiled political statements is a part of Star Trek.

[edited to better respect the opinions of others]

In certain markets, I am suppose to be one of them, you are suppose to be able to login to cbs with a Hulu live subscription. I can’t right now. I signed up for the free 30 day trial CBS had. I went to cancel and they offered 30 more days.

On a side note I record some things over again through play on. Especially if my recording is pixelated or something. I also record from Netflix and stuff so I can rewatch it later. They all show up in plex then. I found you can add a period anywhere in your gmail and it will go to your normal gmail account. That way you can do more 1 week trials. Like when a show is over.

[quote=“ericgus, post:12, topic:12647, full:true”]
then they will cancel it due to low viewership … just watch…
[/quote]Hopefully not… I see three possible outcomes if the All Access viewership isn’t as high as planned.

Unfortunately the most likely one is number 2, they cancel it.

Or even worse, number 3, they lower production costs to the point that it not only causes the eventual cancellation of this series but further pushes back the franchise from other attempts.

Hopefully they see the error in their ways and test it OTA, though I am really not optimistic that will happen.

@eek, you are greatly misled by making a statement about anti-racism being a “left only” club (remember that “the South” historically is Democrat btw). I didn’t flag your post, but you need to put aside your assumptions about what people have led you to believe.

Sorry eek but what they plan to do is wrong. In America we have the right to disagree with others. The left and the Right have the same rights. Labeling conservative or Trump supporters as Klingon’s is truly weak. Honestly after 9 months of sick abuse by the leftist media in this country I refuse to support them. That is the reason my cord was cut. To stop supporting CNN, MSNBC ETC ETC.

… In America we have the right to disagree with others. …

If it becomes a platform for leftist views, I’d probably turn it off… this looked like it was going to happen with one of my favorite new shows, Designated Survivor. There was a huge backlash on social media, and it looked like they toned it down. If enough people tune out, these shows will fail. Case in point, the upcoming Emmys is going to be hosted by Stephen Colbert. I won’t be watching, and I suspect a lot of people feel the same way, because we’re tired of seeing our values attacked. We won’t subject ourselves to that. It’ll be interesting to see the ratings, and how the compare with previous years.