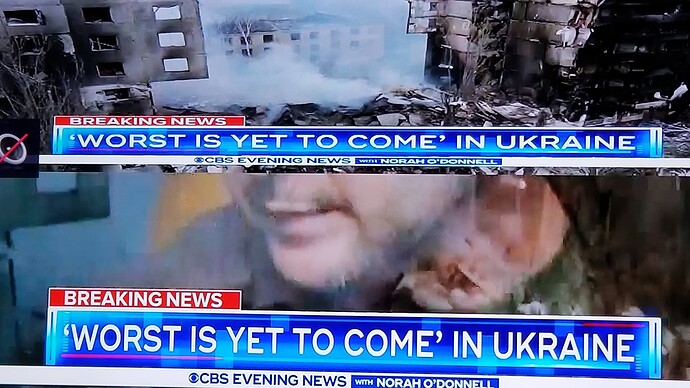 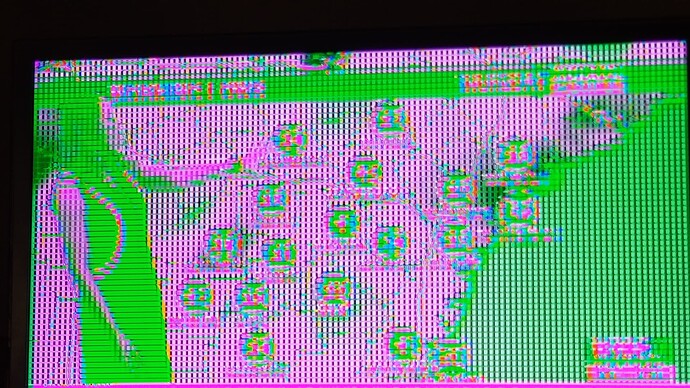 This issue began March 2nd on only one of 38 channels. The station engineer says a few people have called about experiencing this and recommended connecting the antenna directly to the TV to see if it’s a Tablo tuner issue.
I stream the reception from the Tablo to a Roku. I get the same messed up live TV reception on my phone so don’t believe it’s Roku related.
Maybe cell tower interference? No filters.

I can understand the direct from antenna to tv (bypassing the Tablo) recommendation for troubleshooting, and will try it, but that is not a fix.

My Tablo Quad OTA and antenna connection are nowhere near the TVs so I’ll be hunting some cable and a barrel connector.

It’s an issue with the broadcaster, see this thread.

As mentioned above, this is a broadcaster issue originally identified in this thread.

If you send our support team the details from this channel (channel number, call sign, location), we can submit a request to the broadcaster to have them correct the issue.

Thanks. Evidently I didn’t use the correct search terms but I’m having the identical problem and it is also a CBS station.
It only happens when the antenna is connected to the Tablo. When the antenna is connected directly to the TV the reception is fine.
I believe there is something being passed in the signal from CBS that the Tablo isn’t handling. It reminds me of the old analog channel scrambling.
As I mentioned before, the 5 sub channels from the same broadcast station are fine.

Can you send our support team the details (exact channel #, call sign, etc). This way your request will be tracked and we can create a case for you.

Yes, I will send the information when I am at home so I can access all the requested information in the support request form. Hopefully I can attach screen shots as well.

In addition to the picture issues, tuning to the affected channel also causes the Tablo, which is connected to my router via ethernet, to constantly disconnect/reconnect.
I can watch any of 37 other channels without this happening.

This is typical behavior for this issue, suggest unscheduling any recordings on the problem channel.

I believe the postings referenced say the issues is when the tablo transcodes the programing. The local broadcasting station, not the CBS network, though technically not wrong, isn’t including some data in it’s signal.

From what we can see on our end, it’s a missing parameter called ‘picture structure’. In regular 1080i broadcasts the parameter called ‘field’ is always present for the ‘picture structure’ parameter. In both cases this parameter was missing. Since the the tools/interface we use is not the same as what the broadcasters use on their end, it’s not clear exactly what checkbox/switch isn’t quite right. But to be fair to them, their video monitoring equipment does not transcode, so they’d never kn…

@KIRK We’ve touched base with the engineering team at WTOC. Hopefully we can work together to get this resolved.

I too am having this issue with WTOC CBS Savannah GA! I emailed them but have had no response.

I emailed them but have had no response.

We still haven’t heard back either. We’ll give them a nudge today.

WTOC is still broken, how’s the nudge to them going?

My last contact a week ago didn’t accomplish much. The engineer was convinced that there’s something wrong with my Tablo. He cannot replicate the issue without a Tablo and doesn’t see the issue on several TV sets using an antenna.

Maybe I can get an appointment at the station to show them if my remote access stays available (another recurring problem where all I do is uncheck/recheck the option in settings to reset it.)