I have been on and off here for a while mainly because my setup has been working pretty well up until just recently. We are running 2.2.8 on a 4 Tuner model hard wired with Roku 3’s among multiple Ipads and Iphones.

We have noticed that starting this past Sunday that our scheduled recordings are not happening. I know that people have been having theirs go into “purgatory” but I wonder if I am seeing something else. While looking at the Live TV Guide you can tell that things are being recorded because it will show a tuner being active. I am not seeing that happen. So I am at a loss.

I have had to do the standard reset like Tablo suggests in order to get back to the typical operation. But I thought we were back to normal… Has anyone else seen this issue or maybe I am describing what others are already waiting to be fixed. Either way it was a pretty rough night around the house know we have missed out on a few shows scheduled for recording.

Same issue here, all recordings stopped as of Dec. 4th. Guide still shows certain programs like the news are scheduled to be recorded (orange triangle in upper corner of their guide listing box). Live feed still comes through just fine, but NOTHING will record! Why???

That’s what ours does. We have the scheduled recording setup. The little orange triangle appears on the guide too. But it does not look like the tuner is activated… I took a screen shot on my Ipad of this, but do not have it with me at the moment.

Hi guys - Sorry to hear this. Can you both please send a note to support so we can look into this? http://support.tablotv.com/hc/en-us/requests/new

Done. Thank you for the help… Hopefully we can figure this out. As it looks right now the DVR is missing the “R”!!

Here is the screen shot of what we are seeing. 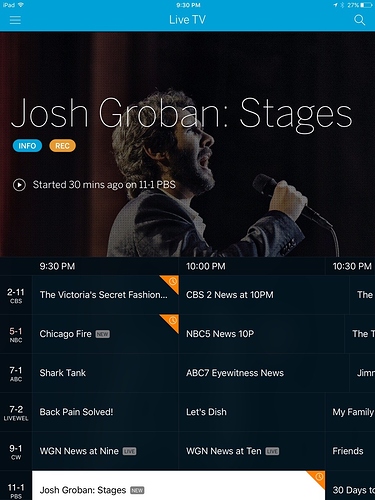 As it looks right now the DVR is missing the “R”!!

Indeed. We try to avoid that at all costs!

We’ll be able to get a sense for what’s happening by taking a look in the logs of your Tablo.

We’ll be able to get a sense for what’s happening by taking a look in the logs of your Tablo.

Tablo needs to write an artificial intelligence app that looks at the logs, analyzes and diagnoses the problem and then guides the user to fix it. Or even fixes the problem itself…

Tablo needs to write an artificial intelligence app that looks at the logs, analyzes and diagnoses the problem and then guides the user to fix it. Or even fixes the problem itself… 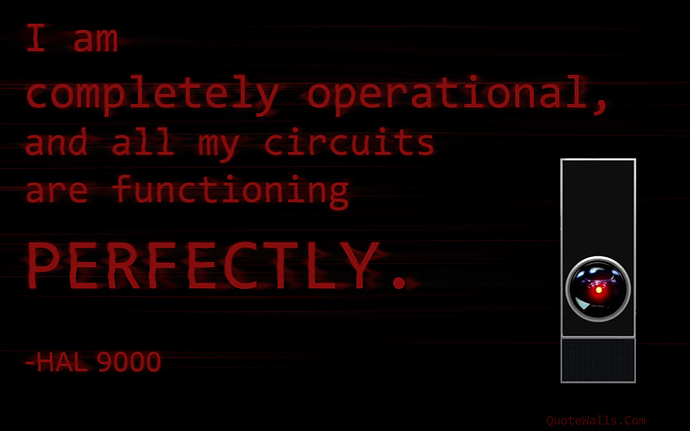 I am having the same problem. I have been swapping email with your support group for a couple of days. I got no response to my emails today. Will this problem be fixed anytime soon? I have also discovered that some of my shows record in the AM rather than PM.

Our team just sent you a note. For your reference:

Our support system works on a ‘first in, first out’ queue. Unfortunately, if you send multiple messages before receiving a response from our team, it will reset your position in the queue. Effectively, this takes us longer to get back to you. I apologize for the inconvenience.

Sadly I’m having same issue. I was so happy it was working perfectly for a while then this.

Small update… While trying to reset to allow tablo access to my device i checked to see if tonight’s recordings scheduled were being recorded and they were!! I’m not sure what happened or changed, but I unfortunately do not have anything from the past few days. Hopefully they can find something out while logging in tomorrow.

But if you haven’t already. Try a reset. That seemed to at least fix the issue for now. Also to note, the tablo was extremely hot. I’ve never noticed it more than warm. I did have it raised up with airflow under, but that seemed to not matter. I am now testing out the chimney setup now to see if that works/helps.

Besides turning off and back ion, how do you reset? Do you lose current recordings?

Also is this going to be like last time where recordings are in limbo and will come back after the fix?

If you just tap the blue button on the back it will restart. It shouldn’t do anything. But make sure to just do a quick tap, don’t hold it.

Tablo support logged in and everything seemed to be working fine, but it showed 2 days of not checking in. Who knows. But as of right now it’s working, recording and running. As of right now I do not have the recordings missed/lost.

Restarted Tablo but sadly still missing recording s not sure if it’ll record correctly again yet. Have to wait till next week.

Sorry for the lat response on this @CWL. The permanent fix was included in 2.2.8 - this was a genuine firmware bug that we were able to address.

Recordings can go missing or fail for other reasons unrelated to issue though (typically a timing or disk issue). We’re happy to work with you directly to get this fixed. Just send us a [ticket][1]

Hmm… I’m pretty sure I’m running 2.2.8, I’ll have to verify when I get home. One show did record correctly last night. Still waiting to confirm if they all are, I think most of my recordings are on Wednesday and Thursdays.

Only thing different is I reset tablo the other night, the update was downloaded and installed a few weeks ago.

I have firmware 2.2.8 and this issue is still happening (my Tablo 4-tuner) lost its connection to the main server (a.k.a. failed to check in) thus failed to record. By the time I found out I’ve already lost many scheduled recordings!

Why can’t you guys sent an email notification or something to notify the user once Tablo “fails to check in” or lost its server connection? That way we can reset/reboot router, Tablo, etc.

Or, please fix the problem all together - very soon.

Just experienced this again… I know for a fact that timing and disk space were not an issue. I have not gotten the alert for the new firmware yet. Hopefully there is a fix in there for this.