One Channel, One Show using both tuners

Anyone have this problem?

I was watching TV when suddenly I was kicked off saying no tuner available. I check and I see only one show being recorded. 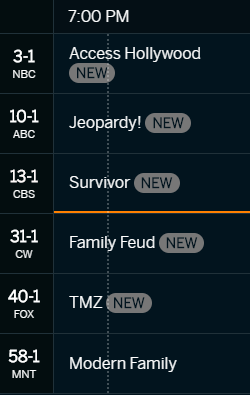 I then try to select another channel to watch, any channel and it keeps telling me no tuner available.So head over to Recordings to see what is being recorded and I found that the same show is being recorded twice. 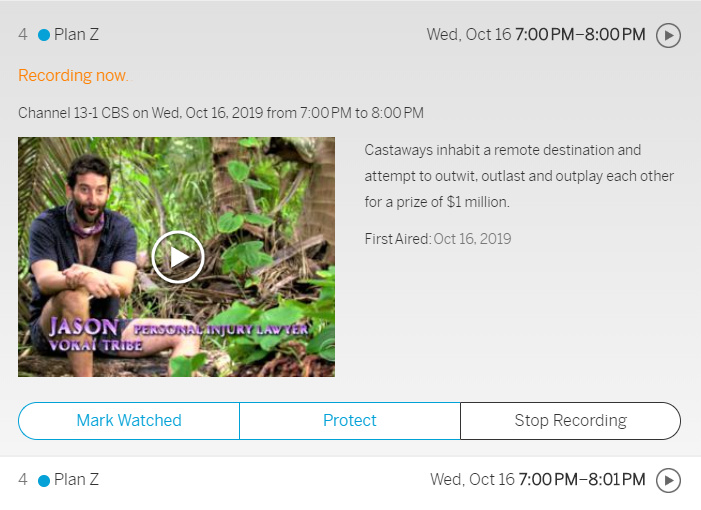 I don’t want to stop the recording because my wife loves Survivor and I don’t want risk it cancelling both recordings if I were to stop one of them.

Has this happened to anyone else before?

Last night on frequency 29 channel 3.1 NBC the good place was set to record. Today I have two recorded! Why! That used two tuners. I also had two other problems set to record that cover same time frame. One was FOX Thursday night football. The other on CBS, the unicorn.

Yep it’s an error in the guide data. Tablo thinks there are 2 different episodes airing on the same channel at the same time. So it does 2 recordings using 2 tuners. See thread below.

However, I do notice the description of both recordings are different. Maybe that is causing the double recording.

However, I do notice the description of both recordings are different. Maybe that is causing the double recording.

Same episode number and title but Tablo sees them as different episode IDs so 2 recordings.

If you have duplicate channels in your lineup (i.e. channels showing the same content from two different markets) it’s worth using the channel selector option in the Advanced Recording Options to ensure this doesn’t happen.

If you have duplicate channels in your lineup…

Not that is not the case here. I only have the one channel for that show.

I have almost the same problem but in my case I have a quad tunnel and getting the “All tuners in use” error when only 2 channels are being recorded. I always restrict my recordings to a specific channel.

Why is no Tablo support responding on this thread?

Why is no Tablo support responding on this thread?

They will likely urge you to directly contact tech support. Although TabloTV and TabloSupport tespond, this is a community forum and not an official tablo tech support stream 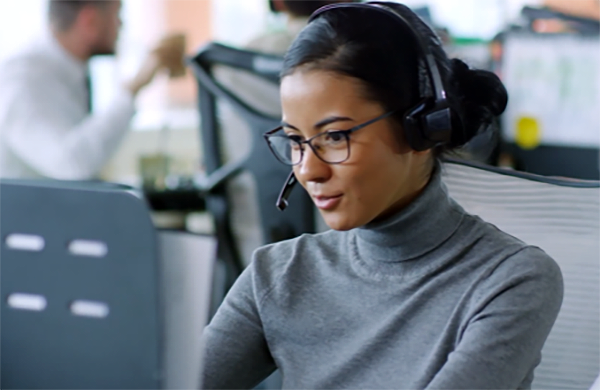