Last but not least, the Tablo web app at my.tablotv.com has been updated. No action is required on your part to get the update. 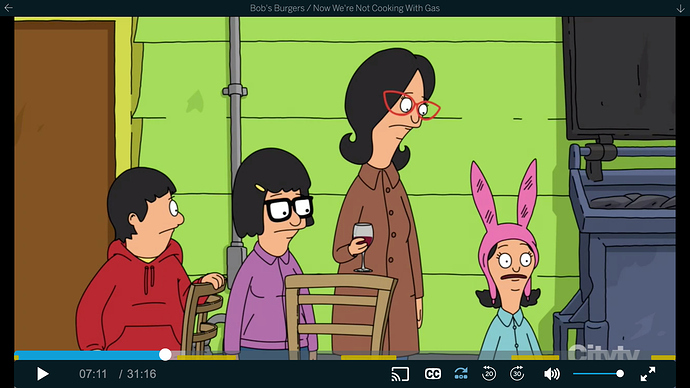 If you have any questions or feedback about this update, don’t hesitate to drop us a line or comment below.

I still don’t have an Upcoming tab in Scheduled. With Google Chrome Version 80.0.3987.78 (Official Build) - the optimized choice.

Bug fix - while watching live TV, the down arrow in the upper right again works - drops the picture allowing the guide to come into view – thanks!!

When I am recording older shows, I like to keep the skip ready episodes and delete the other ones to be recorded again. On the Roku, when you look at the list of episodes in a season, there is a check-mark next to the ones that are skip ready. Can you do something like that in the web app? That way I don’t have to drill all the way down just to see if I want to keep the episode or not.

Does this still has ridiculous sync times if not used often? This is the main reason I hate the Web app.

Does this still has ridiculous sync times if not used often?

This is the main reason I hate the Web app.

The main reason? and you don’t even use it often… and you hate it?

The main reason? and you don’t even use it often… and you hate it?

What’s your point?
I don’t often use highway 101, and I still hate it.

and your point? haters gonna hate?

and your point? haters gonna hate?

Still asking what your point was.
There are things people don’t often use, but hate anyway.
I gave an example to prove my point.

each tablo app/device needs to sync. not using any “often” will take “some time” to sync. of course this can vary for lots of reasons such as connectivity, programming, etc.

Syncing has no real interaction with using it - it syncs, it’s done… whats to hate? time? that could be any app/device allowed to be inactive for how ever is “long”. Generally a main reason for hating something would be, well how it interferes with practical application, but this is of course subjective.

If it’s the main reason, while using your PC, just occasionally open my.tablotv.com, allow it to sync why you work on something else… the close the tab – no more hate.

I gave an example to prove my point.

not using a highway often… but hating it – I missed the proven point. I drive to work each day on 101 and other than it’s the way to work, what’s to hate?

Status bar at the bottom will not hide in Chrome, whether full screen or not. It’s hiding the score on the Super Bowl

Try, full screen - when it appears, click on the picture (show) to pause it for a moment, then again to restart… mine disappeared.

Not to say it’s acceptable… but a work-around to get the score.

Not an issue with Firefox… just say’n. And you can use Picture-in-picture to post replies.

Thank you and @Radojevic for the entertainment! I literally laughed out loud while reading your back and forth.

I should’ve stated the only reason I hate the web app was the sync times. I just logged in to test it (as I said, I don’t use it often) and yes! No more long sync screen with the long wait! No more hate!

While your suggestion for not having to deal with the sync times would work (opening it once in a while), it’s still a silly suggestion. I shouldn’t have to work around the Tablo deficiencies to simply be able to watch a TV program right away, especially when I don’t use the PC that often. Tablo is, after all, all about convenience. “Hold on honey, let me stop right now to go and log into my PC and then log into the TV app to let it sync, so in two days I don’t have to wait 5 minutes”. Now, that is ridiculous.

Thanks for playing, good luck next time!

You made my day, thank you.

17 days, generally should be considered “a long time”. “The waiting is the hardest part.” - Tom Petty. May cause some dislike, but at least the hate is gone

I understand different devices\apps cache data differently, but if it does… you do want it to be current. A few minutes, that is waay to long.