A new update to the web app has rolled out so you can access the awesome new advanced recording features in firmware 2.2.18 on your PC or MAC. 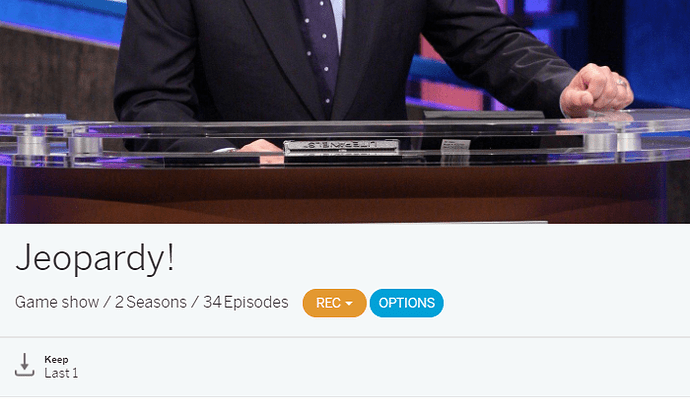 Enjoy using these new features and let us know how you like them!

But it appears to have at least 2 bugs.

Deleting the tablo unit and clearing the cache doesn’t seem to make it go away. Using older Chrome release. Notice the NFL game with no orange indicator. Trying to re-schedule and un-schedule has no affect. 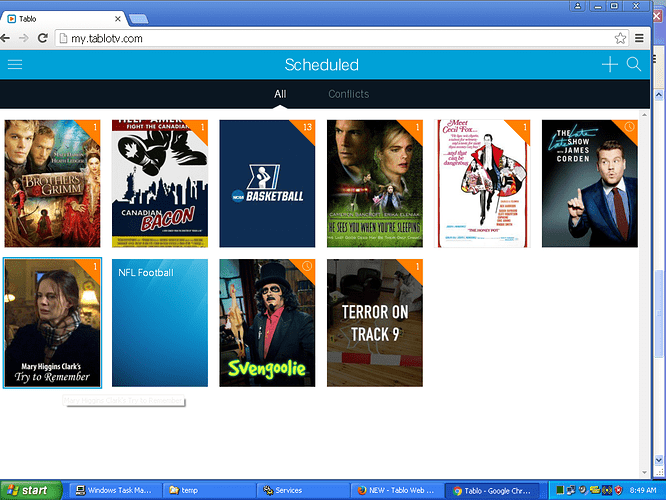 Mines working fine, I did have to reset it in settings but once done its starting up in whatever I set it as. (Well, I tested it on the settings of Live TV or TV shows).

@zippy - Just tried a few times here to reproduce the ‘startup section’ issue you’re seeing, but no dice. It sounds like it was a sync issue on your end.

As for the NFL issue, is that a manual recording?

I have multiple tablo units(3), so you do have to use the disconnect function, and it happens on all them.

And it started after the full sync which started 1/23. And below is where I just now deleted the tablo unit and re-added it. Before it said Recordings.

Notice it says Prime Time. But I also know that if I delete the unit (all the units), clear the cache, exit the browser , start the browser and re-add the tablos life will return to normal. 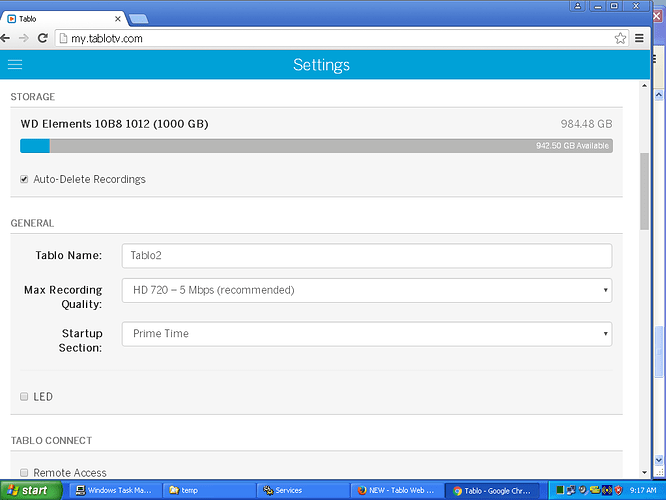 That is very likely the issue unfortunately

We’ve tried a number of ways to reproduce this in house and aren’t able.

Of course I’m still waiting. I’d love to leave the WEB app. So I purchased a Fire Stick during the Black Friday sale.

Low and behold I found tablo app that almost works for “Settings” functionality and a pre-view app that looks like something I coded in the 1970’s, at 2AM, while on LSD.

@TabloTV - with this web update I noticed that the categories on the Prime Time screen (like All, New, etc.) have disappeared, is this intentional? These categories show in the other screens. Not on the 2.2.18 firmware yet so not sure if that has something to do with it.

To those already on 2.2.18, do the categories reappear?

On the updated iPhone app the categories are only under TV Shows, not Prime Time.

Do you still have the categories under TV Shows?

Yes, have the categories under TV Shows.

They did away with the categories… something about bringing all apps into “parity” with one another. I think when “parity” between apps was mentioned, most of us thought features would be added to apps that didn’t have them, rather than removing features from existing apps. I liked the ability to use some of the removed features when scheduling shows to be recorded, and was sad to see them removed. Hopefully, they’ll bring them back in a future update.

The concept of Prime Time was created many, many years ago when most homes only received the major networks and these networks concentrated shows for the primary buying audience between 8 PM - 11 PM…

I have no idea what the channel line looks like in Canada but in the United states I would think the concept of Prime Time has become very muddled. Over 65% of the channels I receive are sub-channels. It’s hard to think of a ton of cooking shows and “Maude” as Prime Time.

But I did notice that it appears that the last Roku app update seemed to have moved any movies that started between 8 PM - 11 PM out of Prime Time.