The update seems to have gone through. However, about once a minute, the screen goes black, an arrow up and arrow down button appear and it reads select channel up or down. The little circle spins for a few seconds, then it goes back to regular TV. Any ideas?

Reboot aka power cycle your Roku.

Let’s say you have 2 channel you are interest in. Channels 8 and 10.

Step 7 should return you to channel 8. Left arrow goes to the last channel you were on before the current one.

You hit the back arrow and return to main Live TV menu. Channel 8 is still red but channel 10 has been deselected(non-red).

So you hit the left arrow return to full screen channel 10. You then use back arrow to return to main Live TV menu.

I’ve used tablo for 4 years and never seen the flashing red tuner assigned as faulty when the channel select is occurring from the same media player.

Thank you! This was a nice surprise… Keep up the good work…

Glad to hear everyone’s enjoying this new feature! We’ve been pretty excited to unveil it!

@zippy - Right now the main Live TV grid and the Quick Channel Select are not as tightly integrated as we’d eventually like them to be. Having memory between the two guides is something we’ll be working on as we move forward, but we wanted to get the basic functionality out there first.

As for the flashing indicators, they will only be showing as active if you’ve been on the channel less than 3 minutes ago.

We changed the ‘blink’ feature a while ago because there was some confusion that this meant there was ongoing recordings. It doesn’t change the behavior (the channel is still actively tuned for up to an hour after) just the indicator.

That being said, we’re always open to revisiting these changes in light of this new functionality.

Awesome update! Everything seems faster. PLEASE Tablo, sell this technology to the other apps on Roku – especially DirectTV Now!

That’s an interesting explanation of the blink integration between the new menu and the original Live TV menu.

In the example I outlined above. Both channel 8 and channel 10 were “played” via the old/original Live TV menu.

Channel 10 was the last channel tuned. The new menu showed both are red blinking. But on return to channel 10 and then back arrow to main Live TV menu, only channel 8 was red. Not the last used which was channel 10.

And hitting the play again on channel 10 doesn’t give you the warm fuzzy feeling that the tuner didn’t have to be reselected.

I’ve used tablo for 4 years and never seen the flashing red tuner assigned as faulty when the channel select is occurring from the same media player.

No matter how quickly you change channels, you’ll never see more than 3 channels flashing red, and sometimes only 2.
Red flashing channel does mean the channel is tuned, but a channel that isn’t flashing red does not mean it is not tuned. 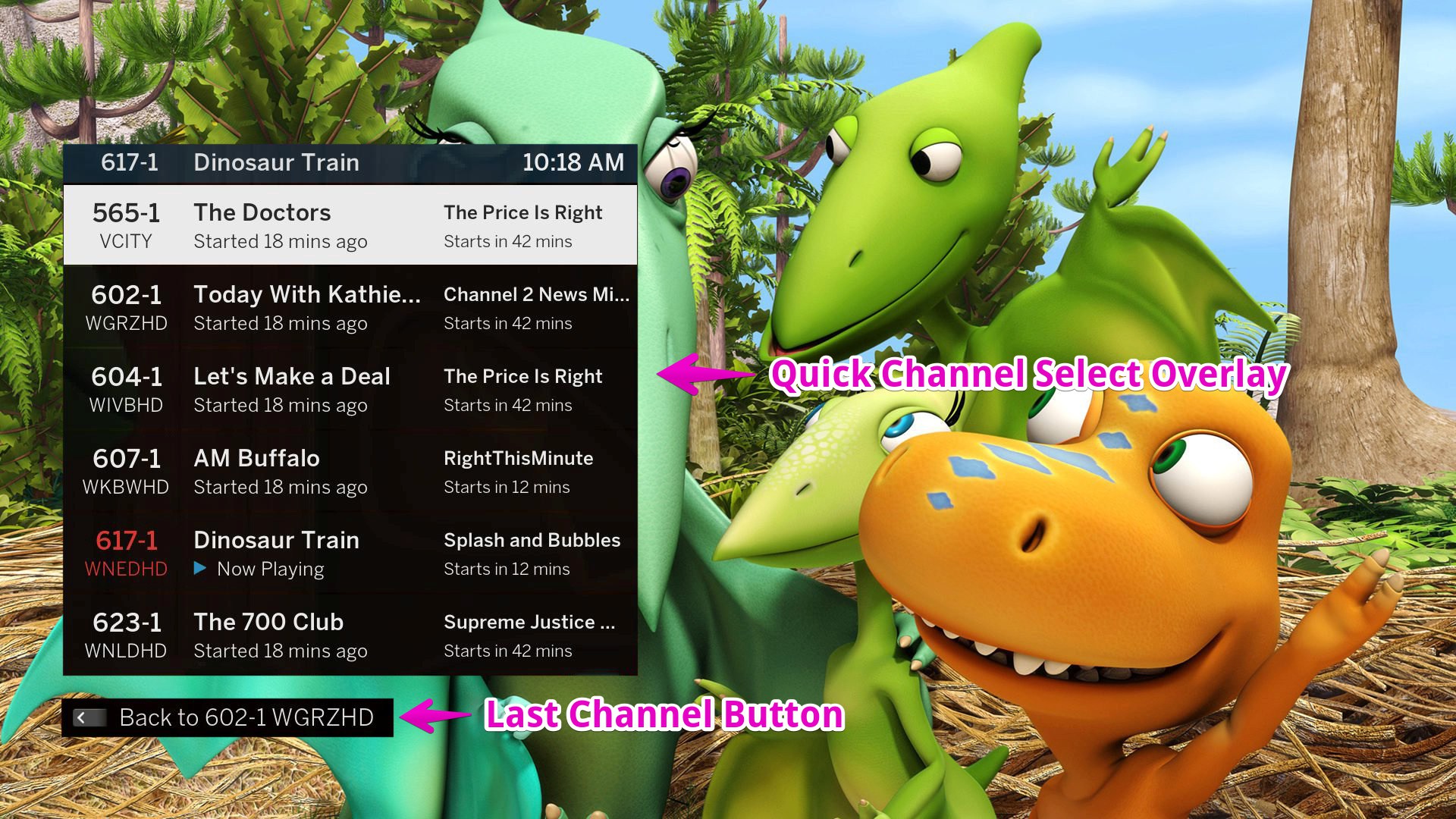 Today the popular over the air TV DVR Tablo rolled out a new Roku Channel with the ability to quickly jump back to the last channel and an on-screen guide! “This includes a feature that many of you have been waiting for – an on-screen guide...

This is a welcome new feature. It also seems like this update has improved FF and Rewind when watching live TV.

Tablo you better watch out that your EXCELLENT AWESOME coders don’t go to DirecTV Now or others. I LOVE how much Tablo has improved since I got it 3+ years ago.

Tablo you better watch out that your EXCELLENT AWESOME coders don’t go to DirecTV Now or others.

It helps that we’re up in Canada so it’s a bit harder to move down south.

Plus, we have free ice cream sandwiches in the freezer right now. How could you pass that up?

If you want to have a little understanding of how the tablo maybe assigning and deassigning tuners I would use a tablo app, like Roku, that uses restful API’s.

Start the app and enter the Live TV menu.

I’m not talking about when tablo has to select a tuner to transcode recording or Live TV to transfer to remote devices. Those tuner assignments may not or will not show up on the Live TV menu.