Brand new to Tablo- had mine a couple of days. Tablo is wireless to Roku 3 wireless.

I haven’t recorded anything yet- just watching live TV for now.

I’ve noticed I get zero “loading, please wait” messages if my max recording quality is set to the lowest setting, 480 SD.

However, as soon as I change to a higher recording quality I get the LPW message.

The higher the recording quality I change to, the more frequent the LPW message appears.

I am not tech savvy at all- any thoughts on this? I would like to watch in at least 720…

I can actually watch live TV with relatively no LPW messages on the second to lowest Max Recording Quality setting, HD 720- 3 Mbps.

I would still like to watch in higher 1080 quality on the channels that I receive that are 1080, but even at MRQ of HD 720- 5 Mbps (recommended) the LPW frequency is much higher…

2.4 GHz or 5 Ghz wireless? If 2.4 are you using the microwave? What router / wireless access port do you have? My Tablo, and all my devices are on 5 GHz wireless and using the 720 prefered. No issues. The higher the resolution you record at, the larger the files will be. Most of the stations are 720 and for the few that are 1080 I watch live with antenna on tv. Would be nice if quality could be set per channel, then would record the way the station is.

Thanks for the replies.

I would say the likely culprit is your wireless router. Either upgrade the router or go with powerline Ethernet adapters.

These work great - it's a very stable and fast way to hard wire your Tablo to your router if the router and Tablo are not in the same room. More reliable that WiFi. Some light reading for those unfamiliar with what these adapters do: http://www.tomshardware.com/reviews/network-switch-guide,4047.html

Looking for a fast and reliable wireless Internet router? We've tested 24 over 140 hours to find the best one for most people. Read on to see our top pick.

Or if you have a few more dollars to spend:

Looking for a fast and reliable wireless Internet router? We've tested 24 over 140 hours to find the best one for most people. Read on to see our top pick.

Make sure you get the newer AV2 standard for the powerline adapters, not the old AV standard.

Which set did you buy?

Hopefully this is ok?

That is the AV standard - It may be enough but the newer ones with HomePlug AV2 standard will likely give you higher speeds.

@cmb9er Coming from someone who spent close to $200 buying Powerline adapters for the whole house, then ended up selling all of them and upgrading my router to the Archer C7 linked above by @theuser86, I would personally recommend upgrading your router instead, considering you will get massive increases in speeds for all devices, and it is proven to decrease LPW for all devices using Tablo. When I had Powerline (AV2) adapters, it would work very well sometimes, but it would need to be unplugged or reset relatively too often. Right now, the Roku is having issues with handling Ethernet speeds, which is how Powerline works.

It’s up to you, but I sure wish I would have upgraded my router before experimenting with Powerline first.

Thanks for the help/suggestions.

Which Powerline is the proven, go-to AV2?

I think I will end up getting the Archer C7 and the Powerline and compare performance.

Or better yet, get the C7 for improved WiFi to your Roku and then hard wire the Tablo with the powerline adapters.

Yes that’s what I will try then- any suggestion for the particular Powerline make/model?

I see these two options are pretty affordable on amazon…

I have used ZyXEL powerline adapters for many years without any issues. I upgraded to the AV1200 about six months ago and use it to stream HD media everyday. No problem at all so far. Highly recommend it. 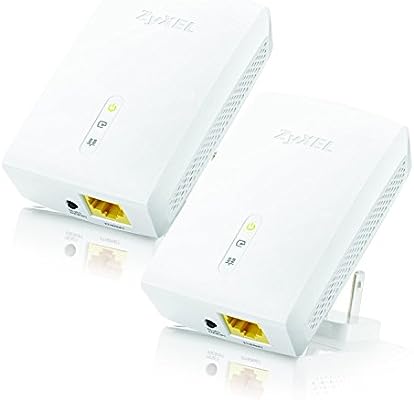 The ZyXEL PLA5405 1200 Mbps Powerline Gigabit Ethernet adapter is based on the latest HomePlug AV2 standard and features data transfer rates of up to 1200 Mbps. The Powerline adapter plugs into an exi ...

Go with the ZyXEL, evidence based decisions lol

After 36 hours of tests, we think the best powerline networking adapter for most people is the TP-Link AV2000 2-Port Gigabit Passthrough Powerline Starter Kit.

Thanks everyone for the help.

I ordered the D-Link PowerLine AV2 1000 Gigabit Network Extender Kit (DHP-601AV) before I saw these responses…I will test them out along with the new router first.

If no luck then I will try the suggested ZyXEL units.

I think they will solve your problems, you should definitely have no issues with 720p 5 Mbps quality.