How has commercial skip been working since end of beta?

Now that beta is over and only those paying for commercial skip are using it, how has it been working? My theory is that it should be a lot better since fewer people are using it, but I am curious if that is true or not.

(Note, the change happened on Feb 6, so only recordings made on that date or later should be improved. So it may be a bit early to tell).

I have been wondering the same thing. Only thing I think it would be better in is that the recordings would process faster. When beta ended would usually take a few hours to process a show. now with not so many uploads I could see how that would be faster.

Works same as before on Apple TV.

The subsription started about the same time as repack was happening here in FL. Thus some stations still have broadcast antenna issues. I note some addition detection fails due to reception issues from one of the repact stations that broadcasts in Hi-VHF.

All the UHF channels seems to work as before.

Since commercial skip is new to iPadOS I am having non-skip issues on some shows with the iPad even though all the commercials are marked off. Seems to be a bug in the app.

I have not noticed any issues or timing changes, but I do think it is getting smarter. With a learning algorithm, that’s pretty normal.

Since commercial skip is new to iPadOS I am having 100% non-skip issues with the iPad even though all the commercials are marked off. Seems to be a bug in the app. 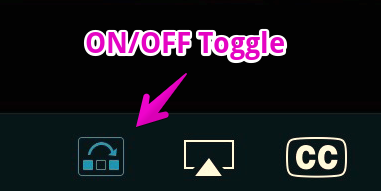 Since commercial skip is new to iPadOS I am having non-skip issues with some shows on the iPad even though all the commercials are marked off. Seems to be a bug in the app.

Yes, I revised my remarks upon discovering it was not all shows. No way to know why the show is marked for commercials but does not skip on the iPad but does on Apple TV. Other shows work fine on the iPad.

Now that beta is over and only those paying for commercial skip are using it, how has it been working?

Not worth a damn. It appears to me that it is skipping parts of programs that are not commercials, and not skipping some or all commercials. The beta version was a delight. It seemed to almost always work, and work well.

I thought that maybe the problem was that I was still using “Tablo Preview.” When I bought my Quad, nothing told me what Preview (the beta version) was; I figured that out only much later. When I started having major problems, I switched to the released version of Tablo, and I see no change.

I expect that the next thing to happen is that someone will ask me a number of in-depth questions in order to fully analyze the problem. I can answer those questions right now, by saying, “I don’t know.” I didn’t buy this product in order to have a new hobby, I don’t want it to be the new focus of my life. I have not been keeping a journal of its operation; I haven’t purchased a ‘baby book’ for it.

I love this box. I love the design concepts, and, for the most part, I love the implementation. Well done! I thought that the guide and skip features were worth the price charged. And the commercial skipping feature is a big deal to me, and it isn’t working.

I thought that maybe the problem was that I was still using “Tablo Preview.” When I bought my Quad, nothing told me what Preview (the beta version) was; I figured that out only much later. When I started having major problems, I switched to the released version of Tablo, and I see no change.

The Tablo Preview app is not a beta app, it was designed to eliminate the syncing delay that may users had complained about. On the other hand commercial skip was a beta feature that has now gone completely live. Currently the original Tablo app is only getting maintenance updates. The Preview app is getting Tablo’s main attention regarding future updates. The Preview app still doesn’t have all the features that the original app has, mainly Tablo Connect, but Tablo is working on feature parity for all Tablo apps.

If you’re experiencing major problems with commercial skip, I would suggest you contact Tablo directly either by phone or support ticket. Since the feature is out of beta and you are now paying for it, you should expect it to work and work well.

So far it has been far more consistent. We still have about 10 hours of stuff we haven’t watched since the subscription but the last 5 hours of programming we watched worked just fine.

Same here. I have had my Tablo Quad for not quite 3 weeks. Had Commercial Skip enabled from the start. So far, I have viewed 10-15 hours of programs on 3 separate networks and it has worked almost flawlessly. One prescription drug commercial was not skipped and most previews of next week’s show are being dropped (not a big deal for me). Other than that, it’s almost like watching the show on a commercial-free service like Netflix. Just a couple of seconds of black screen while the commercials are skipped. I have signed up for the $20/year premium service and am happy to pay it.

Are they uploading and getting CS back faster? I know before it would usually take hours and prime time would take til next day. I was hoping with fewer people it would take an hour or so for them to come back.

Yes, it has been faster and better since going for a fee.

About how long has it been taking for an hour show to process?

I think there’s been some improvement but commercial skip has also skipped over parts of the program that wasn’t actually a commercial.

Follow-up on prior comments.

Thank you, Tablo engineers, over the last month Commercial Skip has worked about 98% of the time. The only failures have been intermittent on the one VHF-H channel in my market. Even there the failure due to reception is accurate and not all the frequent.

I am using a Antop AT-400BV outdoor antenna with the VHF arms at about 21 miles from the tranmitter. Most times reception is perfect, yet other times, for reasons I cannot determine, a show will have significant reception issues.

Anyway, as of today, I am very happy with the added feature.

I waited awhile after it came out of Beta before signing up.

For $20 I’m very happy, not flawless but seems to get better all the time.

Glad to hear it folks!

We’re working on a few more improvements that will be ready in the coming weeks as well.

@TabloTV
Is there any thought of having a more expensive tablo come out to where it can CM skip on its own machine. aka better processor/ram. This would be something I would be interested in especially when the new OTA signals come out in 3-4 years.

The com skip is based on machine learning so in theory having servers do it, it should learn how to do com skip better and better (sort of like AI).

Yes, the terminator is coming.