Change is coming to antenna TV

TV channels may be moving frequencies, you might need to rescan to get back the lost channels. Here’s a web site you can put your zip code to find what date when you need to rescan.
tvanswers.org

Won’t it be obvious… When the channel doesn’t tune in anymore?
thanks

It’s not obvious. Is it not showing up because it’s moved or because there is a problem? Maybe it was just weather disrupting the signal.

There are several stations moving that will affect me. Since I mostly schedule recordings and then watch so I can skip through commercials, waiting until it doesn’t record would mean missing the show entirely.

Maybe it was just weather disrupting the signal.

There are several stations moving that will affect me. Since I mostly schedule recordings and then watch so I can skip through commercials, waiting until it doesn’t record would mean missing the show entirely.

ok, everyone’s situation is different. I would find the weather obvious. Me, I often watch the local channels as well as record, so I might get a warning.

Americans depend on their local broadcast stations for the most trusted news, weather and emergency information – not to mention the best entertainment on TV.

Really? I know many here do, but I’m not sure about typical Americans tuning into cable news shows etc. The backing behind the web site appears to be related to corporate PAC, personally that concerns me.

Not everyone watches live TV on their Tablo. Some of us use it mainly as a DVR. For us, it might become obvious days or weeks later when we start trying to watch shows that didn’t record because there was no signal.

It’d be better to know when we need to do a rescan to keep from losing recordings.

Not everyone watches live TV on their Tablo

True some old-timers still watch live TV… on our TV’s.

Why not start by going to the FCC WEB site to check on whether and when repacking might affect your area?

In my situation, I not only need to rescan but I’ve had to order new equipment for August 2019 (phase 5 in my region). I have multiple antennas joined together using a selective channel combiner (Jenca). One of the frequencies on the combiner’s first input has to be changed for a moving channel.

I am not sure if I am having the same issue but I did lose channel 13 (CBS, KOVR here in the Sacramento, CA area). I did rescan and the channel does not show up at all. I then disconnected the antenna from Tablo and connect it directly to the TV. Channel 13 comes in fine. I rebooted Tablo and reconnected. Tablo is still unable to pick up channel 13. Thoughts? 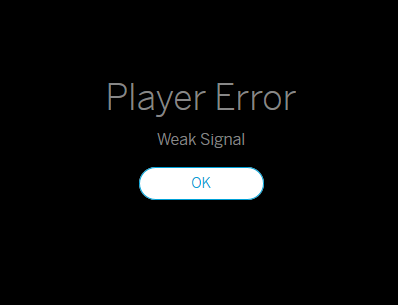 Recently, we lost a channel in Portland, OR, and doing a re-scan found it. Only problem with re-scanning is that it found 49 other channels too. Had to re-edit my list down to the 8 channels we actually watch and record from.