Are we reading the same forum?

I have this problem, I have that problem… Tell me you have actually started a ticket on any of your issues.

Your alligation of tablo attracting new customers at the expense of old does not match anything I have seen tablo do in the past. They have worked very diligently at solving issues, even the dreaded Roku LPW issue.

Of course we are reading the same forum…

It very very CLEARLY shows MANY unfixed issues. Looking at the time elapsed for some going back a very long time, including some I have personally encountered as a new Tablo customer in 2014 and are STILL not fixed. And yes, I have both contacted Tablo via both support ticket and direct telephone contact as well.

Great to hear that LG Smart TVs will now get a player, but not any consolation or benefit for the long term bugs which still remain very obvious.

To make matters worse, NEW Tablo bugs frequently are added with Tablo programming errors made while fixing other issues, and it is not unusual to see sudden new problems immediately after a Tablo firmware release. The creation of these new problems and very long resolution times for old problems combined with building more players with more issues is not ‘diligent’. It’s bad software engineering and bad business practice.

Tablo has been on the market for TWO YEARS. Some of these problems make the Tablo behave like a late alpha / early beta product. If you have used 4 different players as I have (Nexus, Roku, Fire, iOS) there is no good reason why they each show a DIFFERENT set of recordinga for the SAME Tablo. Each handles phantom recordings and undeletable recordings differently. Very basic file management still FUBAR after 2 years…

At this point I think you should just sell your Tablo and get a TiVo if you’re this dissatisfied.

Tons of issues have been fixed, many that persist for you do not for others. Maybe it isn’t for you and your expectations.

OK thanks for the follow-up. Always good to get unsolicited professional input.

As I recently posted, I believe that Tablo is a great concept whch just needs to be finished before it gets more glitz and more players. I recently bought a second Tablo for use at home and would even consider adding a third Tablo for winter use in Florida.

And what problems do you believe are exclusively mine ???

And yes, I have both contacted Tablo via both support ticket and direct telephone contact as well.

And they just leave your issues unresolved?

And they just leave your issues unresolved?

YES! I reported undeleatable recording icons on my Tablo shortly after purchase in 2014 combined with different lists of recordings on my iPhone / iPad versus Rokus…

Larry, I agree with you that fixing old issues should get some priority but disagree it is more important than supporting new technology. I’m not having any problems with the Tablo any more (except for the problem of more recordings than time) so don’t have the same frustration. If you are having problems then others might as well so it would be good if you could contact support so they can examine your Tablo’s logs.

I should add the comment that Tablo Ripper ALWAYS shows the correct list of what truly resides on my Tablo(s), and has never given any evidence of spurious ‘phantom’ recordings. The issue is evident when comparing the correct list to the list displayed by each brand of player. My iOS devices currently show 2 undeleatable recordings. The Roku shows 1 of them and not the other. The Nexus shows both, calls them “protected” but does not list any actual recordings, just home page undeletable icons. In all players, the undeletable icons contain no playable recordings.

Both iOS and Nexus players have a 100% repeatable navigation bug which results in landing on an essentially empty blank screen / page which can only be escaped by hitting home / return buttons. The navigation bug in iOS is recent, introduced in the last few monthes. The Nexus navigation bug has been there since I added the Nexus players a couple months ago, but may go back much further.

My only point here is that some basic stuff still needs work. Thankfully the freezes and pauses and crashes are finally gone.

any that persist for you do not for others.

If you play a Tablo recording on your iPhone 6+ in the Landscape orientation and then hit the DONE button, do you get a screen that looks screwed up? 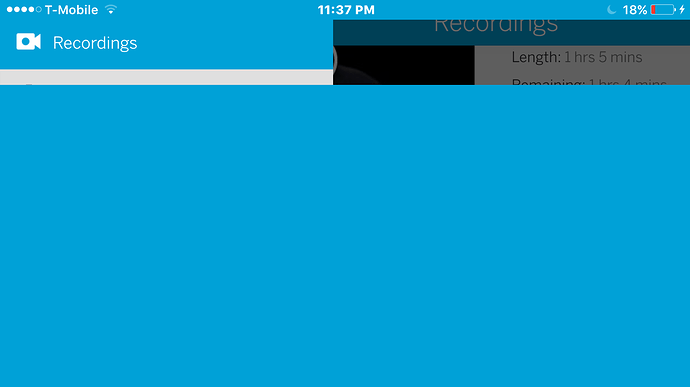 It really is remarkable how you manage to derail thread after thread, making it quite difficult for people to find information on this forum.

It really is remarkable how you manage to derail thread after thread, making it quite difficult for people to find information on this forum.

I agree… back on topic…

markable how you manage to derail thread after thread, making it quite difficult for people to find information on this forum

Please add whatever commentary you wish to add regarding the 2 new players.

My comments express my continuing push to get Tablo problems solved, and if you disagree with my choice of where and how to convey such comments, I offer you both an apology and a request for you to suggest a way you think will get these issues resolved. Seeing new players being announced to me is unfortunately a continuing reminder that ywt another 2 players with yet another set of new issues can only FURTHUR distract and weaken the already abysmal attention being focused on solving problems from 2014 still unfixed.

What exactly are people finding difficult to find on this forum because of me? If you don’t like my continuing complaints I can totally understand, especially if you personally do not encounter the same issue. I highly doubt that my presence on this forum makes it difficult for people to find things, however.

Can you implement background updating to shave channel surfing speed

Larry, I agree with you that fixing old issues should get some priority but disagree it is more important than supporting new technology

How many Tablo owners will use iOS devices such as iPhone and iPad versus LG Smart TVs?

No I do not, I have an iPhone 6 running the latest iOS 9.2 with the newest version of the Tablo app. What version of iOS are you running?

After I hit done I get the following two screens: 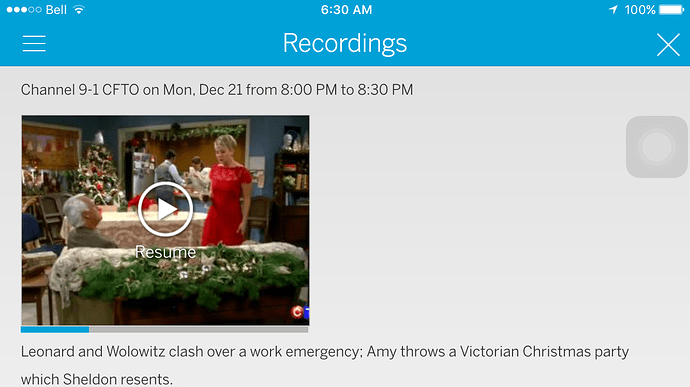 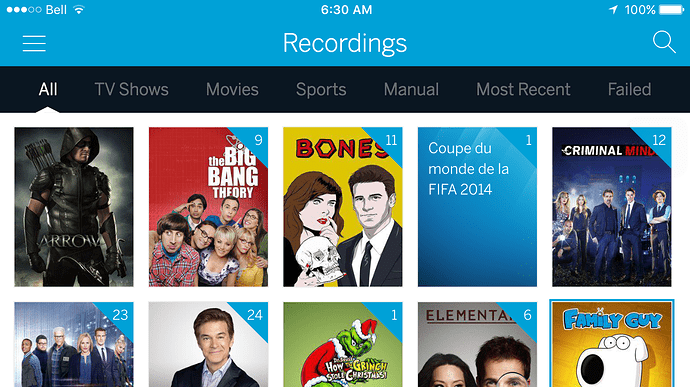 Many individuals have reported positive success with factory resetting their Tablo in clearing out database bugs that arose from having very early firmware and then going through the upgrade / update process many times.

How about you please give that a try? I would suspect the re-initialization of the Tabo on 2.2.8 firmware will work a lot better for you. I am in the midst of exporting up all my shows to try this myself.

Windows has always required a clean install once in a while, why not the Tablo OS.

The comparison of our screen captures is useful since we are both using the latest iOS 9 and Tablo app software.

Note the substantial difference in the dimensions of the caprured PNG images:

Guessing some Tablo app programming error going on here, since the prior Tablo app (before the Sept. 14th update) used to work just fine on my iPhone 6+. Now it’s messed up.

Thanks for the comparison.

Many individuals have reported positive success with factory resetting their Tabl

I have done that, and it does indeed correct the phantom recording issue, but only temporarily. Continued use of the Tablo provokes the same bug eventually, always within a week or so, occasionally within a day or two.

My new Tablo with latest firmware 2.2.8. hit this condition in a few days after installing as well.

So the fix does sorta work, as did the clean-up initialization built into 2.2.6. (as I recall) but not permanently.

The disagreeing lists of recordings goes back for me to 2014. If you have multiple players from Nexus, Roku, iOS, and Amazon Fire to compare, the recording lists when supposedly filtered to show All Recordings, differ. The phantom icons also differ from one brand player to the next. This issue became apparent to me on day 1 in November 2014, 15 months ago, when I compared my iPhone and iPad lists to my Rokus.

Windows has always required a clean install once in a while, why not the Tablo OS.

Hate to be so disagreeable but my Windows 7 Home inatall on a 2009 Dell Studio XPS continues to soldier on with no fresh installs 7 years later as did my former Sage DVR whole house server with Windows XP, installed 2005, retired November 2014 when Tablo replaced it.

All the Tablo / router / player reset and reboot ‘solutions’ for me are, at best, a brief return to correct operation. Clear evidence of unfixed but harder to find bugs…