Check out the blog for details on the previews of the Apple TV and LG webOS apps we’ll be showing off: https://www.tablotv.com/blog/ces-2016-previewing-tablo-apps-apple-tv-and-lg-tvs/ 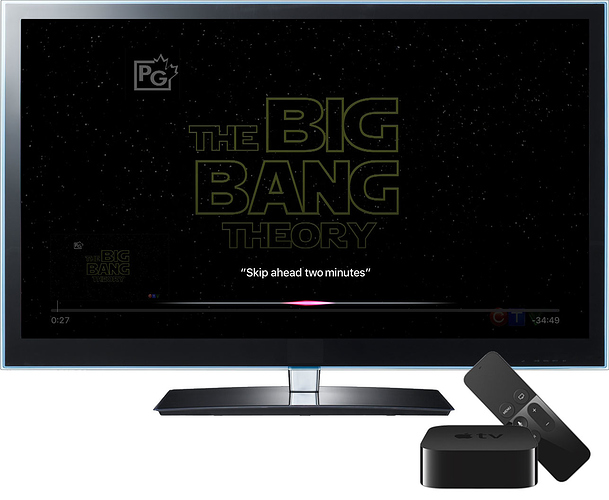 If for some reason you happen to be in Vegas this week for CES, please come visit us at the booth! We’d love to see you:
http://bit.ly/tablocesbooth

Always looking for a good beta to test.

Always looking for a good beta to test.

I’ll even take a bad beta at this point

All you eager beavers…

When the team is back from CES, we’ll get working on some preview videos like we did with the new Roku and Android TV interfaces last year and as soon as we’re ready to go into beta, we’ll make sure to let you all know!

@TabloTV
Exciting stuff! Can you give us a bit more details about the Apple TV app, will channel switching be the same as with the other devices?

@jayeffgee - Yes, changing channels will have the same type of steps. But the speed of the Apple TV makes it quicker than some other platforms.

On the note of changing channels, do you think we could see a post breaking down what exactly happens when we change channels (and thus the delay)? There have been a few theories posted by users but it would be nice to have an explanation from Tablo.

Btw sorry if this question been asked a hundred times but is the channel swap delay something you’re trying to get rid of or not?

@Andrroid @jayeffgee - We have already done a ton of optimizations around live TV startup and we’re always looking for ways to shave more time off of it, but the reality is that most set-top-boxes require at least 3 segments of video to begin playback.

If you have ‘Fast Live TV’ enabled in your settings, you’ll get 2 two second segments delivered before playback will begin which is at least 6 seconds and doesn’t include the time the signal takes to get from the Tablo to your device across your network.

If you don’t have ‘Fast Live TV’ enabled you’ll get 5 segments - 3 that are 2 seconds long and 2 that are three seconds long for a minimum of 12 seconds plus delivery time.

@MotobikeMan - Hahahah. Indeed. We’ve used that GIF many times before.

And this one too:

I called it first!

And this one too:

I thought you were Canadians, eh?

“But this is NORTH America! I want it now!”

Let’s hope there is a lot more traction on this years CES demo than last years with regard to actually delivering a product… the Tablo with CableCard. Still no sign of that…

Having attended CES, and being an early adopter for many years, I share the enthusiasm for new platforms being supported by Tablo.

I appeal to your company to apply some resources to FIX the problems which in some cases have plagued
the Tablo for a YEAR OR MORE.

On the Roku and Nexus players, I have recordings which cannot be deleted, icons which show up for nonexistent recordings,

On the Nexus and iOS players, I have navigation bugs which take me to broken screens.

This website is ABSOLUTELY FILLED with issues and problems which have been going on for hundreds of users, perhaps thousands of users, for many months, in some cases longer than one year.

Ignoring existing user issues to create additional buggy (or not buggy) new player apps for LG and AppleTV totally disrespects current paying customers in my opinion. It says you are more interested in attracting new users at the expense of dismissing current and early adopters.

Canadians move more slowly and politely than us colonists. Well, one for two aint bad.

Ok, thanks for the consult.