Can't view live TV due to No Hard Drive Connected

I’m having an issue where my hard-drive (1TB G|DRIVE mobile USB) has suddenly stopped be seen by my Tablo. I’ve been using it for about a year without issue but in the past few months I’ve been getting errors trying to connect to it.
I filed a support issue about a month ago and they said that they saw several USB connection issues in the log and said to change out the USB cable. I ended up switching to the other USB port and it worked for a few weeks then cropped again so I bought a new USB cable and it seemed to work for a couple of weeks. Then is would only record parts of the shows that I wanted recorded (and doing that twice), so I would end up with 2 recordings with 7 minutes of a 1/2 hour show.
Then it started having issues whenever I tried to tune into a live channel. I usually have to click on the channel 3 times because of different errors that come up (“weak signal”, “no hard drive connected”, “hard drive full”) but usually after 3 tries it would work.
Now it just says “No Hard Drive Connected” and won’t let me view my recorded shows or live shows.

Disconnect the hard drive, reboot the Tablo, and see if you can watch Live TV.
If you can, then there’s something wrong with the hard drive.

How old is your Tablo?

I am assuming you have a USB HDD that is powered by the Tablo. There have been reports of people’s Tablo doing wonky / funky things and when they replaced their aging / failing power adapter everything went back to normal. So you could get a new power adapter from Tablo for $10 and try that.

Or get a USB HDD that has it’s own power source. I use a USB HDD enclosure that powers the drive separately. Link to the US Tablo store is below, the Canadian Tablo store is only on their website. 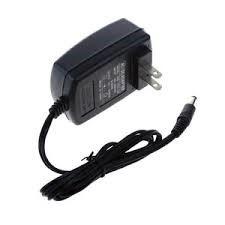