I have noticed a few folks on the forums with Austin TX locations.  I would love to learn from your cord cutting experiences.
@beastman : You have provided some interesting information about upcoming sub-channels such as 7.3.  Thanks for mentioning that, I was not aware.   I was pleasantly surprised when GetTV and Escape popped up on the programming guide.  You also mentioned some ideas about getting San Antonio stations.  I was thinking along similar lines and was exploring whether there are any workable unobtrusive antenna options.  The towers are about 70 miles away from my South Austin location.
Has anyone on the forums tried anything similar?
Thanks
Yet another site that has 54.4 correct
beastman April 15, 2015, 12:21am #2

In addition to 7.3 either 36.2 or 54.2 will h Ave Cozi tv by May 1 according to the engineer. He doesn’t know which but they are sister stations and he works at both. Do you have 14.1? If not rescan and you should get it. They increased the power and changed rf channel not long ago. I’ve watched two Spurs games.

Hi @beastman:  Thanks for the quick response.  All the stations you mention are new to me.  That is great to hear that they are coming.  I looked the retroTV website and they listed lots great classic shows I remember as a kid.

BTW I just received a clearstream C4 antenna and was planning to try out a southerly shot to SA and see if anything comes in.

I live in North Austin around Rundberg and North Lamar. I see you are missing the 17. Stations. If I were you I would not have the 19. active on Tablo. Position is everything with antennas

FYI not on Tablo but BTUTV has Sue Thomas FBEYE and movies I watch my Tablo on Roku and Android. There is a Byutv roku channel

17.4 is Micasa English c h annel. There is BikiniUSA. There is a Micasa Roku channel as well.

Below are the stations in Austin, TX that I get living around Rundberg and North Lamar:

So how is the new antenna and can you get SA stations. GET TV and Escape are questionable most times so I removed them. I got a FireTV stick when it was deal of the day, so I can watch my Tablo on a tv where I’m at instead of phone.

I live up in Round Rock (near Dell Diamond) and have had pretty good luck with hitting Temple and Waco. I have issues with Fox 7 in Austin because their power output seems to be pretty low and I can’t get a great signal from there.

As a bonus, though, I get 2 CBS and 2 ABC stations and they don’t always play the same football games on weekends, so I get a bit more choice

Yea, I have a UHF, and I can get a very weak signal with my outdoor antenna, but I can get FOX from Waco so it is all good

beastman and I are getting together for coffee at Cherrywood coffee house 10am Saturday morning (9 April 2016). Anyone in Austin area is welcome. We will probably have a wide ranging discussion on cord cutting.

That’s 6 new stations in just under a year

It was nice meeting you. We’ll need to do it again sometime.

Hi @beastman it was definitely a pleasure. Thanks for pointing out the virtual channel 62 was actually VHF. GetTV still only registers three dots but so far it does seem to work correctly with the VHF antenna retrofit kit installed.
.

Hello fellow Austin-ites,
TiVo is cool because it automatically adds channels as they are available and notifies you via “messages”. It also changes live tv channels instantly.
(I’m using TiVo for now until Tablo gets the “keep X episodes” feature but may keep using TiVo since I got a lifetime subscription for only $100).

I live about 10 miles from the antenna farm NE of downtown. Most of the channels I’ve listed below come from there except for 62.x Killeen stations (70 miles away) which I pick up with my Amazon Basics 35 mile antenna in the attic: 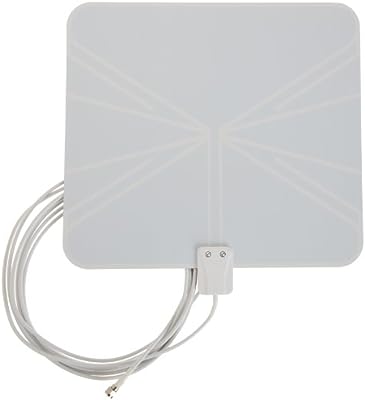 The newest channel here in Austin is 7.4 which is MyTV.
Below is my latest list of the worthwhile channels in Austin. I have excluded Spanish, religious, shopping, and college stations: (**HD quality)
Have a nice day!

Unless you don’t get them. I do at November Lamar and Rundburg

Thanks beastman,
I wasn’t aware of the channels above 17.3 as they’ve been added since I set up my channels. I saw that 17.1-17.3 were Spanish & religious so I ignored them. Looking at the guide, I like the car shows on 17.6. I can’t receive any of the 17.x channels good enough to watch and I’m closer to KVAT’s 15kw low power transmitter than you are. My antenna faces northwest towards the antenna farm at Lakeway but KVAT is southeast of me. You are north of all of them so that would explain why you get KVAT. I’ve been wanting a better antenna, maybe now is the time. I should look for a forum about antennae.