I really dislike the super-hyped antenna scams I see on broadcast TV. I really love watching Court TV which is broadcast OTA in my area. They have an ad on heavy rotation for a product called ClearTV Premium HD that claims you can get rid of cable and satellite and watch “crystal clear 4k UHD TV for free.”

Here is one review excerpt: 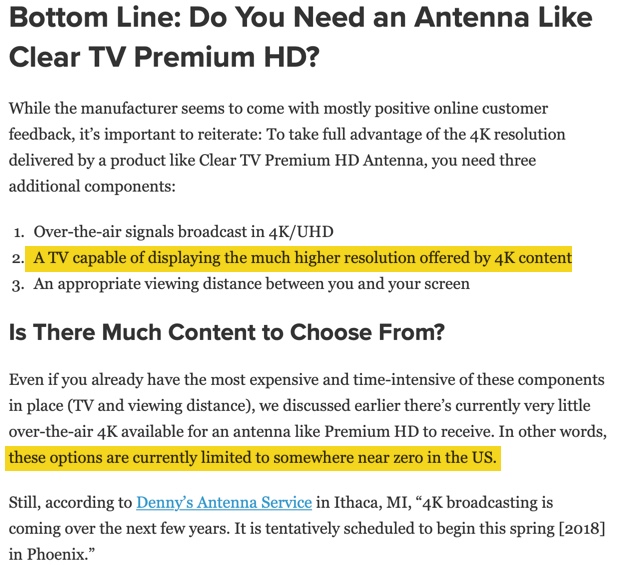 This “review” also fails to mention that you cannot buy a TV today that has ATSC 3.0 receivers, let alone that all older TV sets never will have them. If the standard and broadcasts are ever implemented these folks will need a new TV or converter box.

It really is a shame that some folks not educated on OTA will see these ads and waste their money on garbage like this.

Here is a link to the scam website selling this: 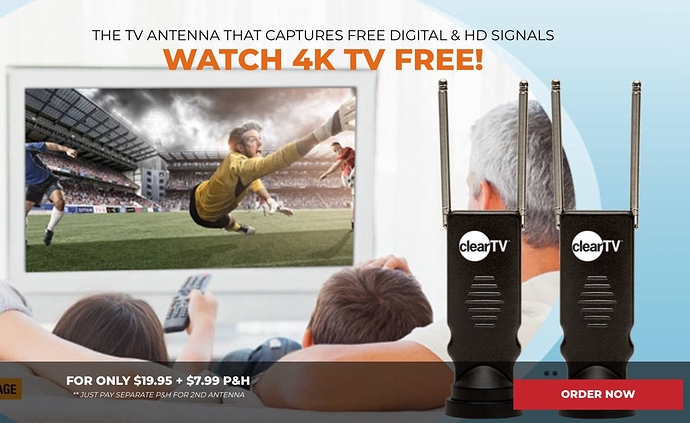 That’s not a bad price for free 4k.

At least it is just a $10 antenna. And it does “work”, though a coat hanger antenna probably works just as well.

I would be more upset at someone advertising a $50 or $100 antenna that performed like this (and I am sure they are out there).

I would be more upset at someone advertising a $50 or $100 antenna that performed like this (and I am sure they are out there).

Along the lines of marketing - you don’t need a specialized HD antenna to watch digital programming, in HD.

Of course indivual needs vary as to what antenna you actually need, but in the end, it’s something to collect RF waves… an antenna

Clear TV has been at the forefront of the “HD Antenna” and “Free TV” arena for a long time. I’ve seen their live Demos and Giveaways at the Fashion Show Mall in Vegas several times (always presented by very attractive girls). The form factor changes from time to time. They started out with a flat style, went to the Plug-in Stick design, the current modified rabbit ears, etc.

Aside from Clear, there is a full cottage industry of inexpensive “HD-ready” antennas and people continue to scoop them up. I feel sorry for those who don’t know any better, although many of them have turned out to be happy owners.

Their latest ad hypes FREE 4K which no one can get. The ad is total fraud. Maybe the dinky antenna works for some people getting HD broadcasts, but there is no way to get 4K OTA today with current equipment even if you live in a test area for ATSC 3.0.

The one I ordered a couple of months ago arrived a few days ago. I replaced my current antenna with it mid morning and much to my surprise it made me a BLT sandwich at lunch time. (And yes, Tablo support guy - Canadian bacon.)

I wonder why they don’t include that in their ad…

btw, I scanned for 4k, but then realized the Tablo can’t receive 4k anyway.

What do you call it? Or is it just not done at all in Canada?

But don’t be offended, there’s a lot of “ethnic” dishes in the US that were never from their supposed origin country.

What do you call it?

Or is it just not done at all in Canada?

It really isn’t and you’d be hard-pressed to find it in the grocery store.

The truest of all ‘Canadian bacons’ is peameal bacon which is a national treasure: https://en.wikipedia.org/wiki/Peameal_bacon 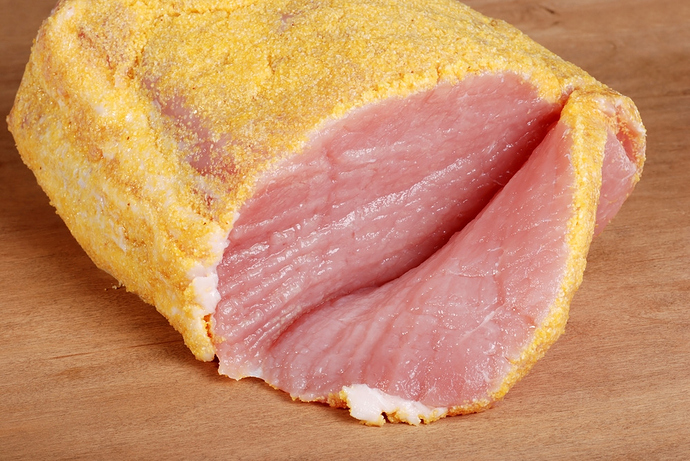 But don’t be offended, there’s a lot of “ethnic” dishes in the US that were never from their supposed origin country.

No offense taken. Having spent a lot of time in the US, I’m well versed on weird food differences between our countries.

Like this one I was talking about at lunch:

Smarties in Canada (AKA the M&M alternative) 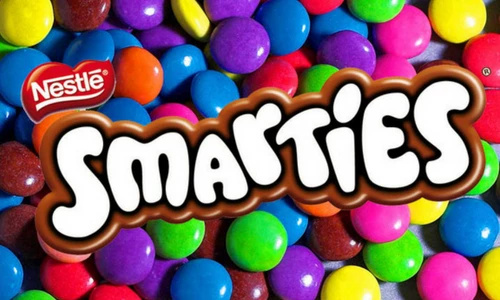 Smarties in the US (which we call ‘Rockets’)

Actually, that’s the same cut of pork that we call Canadian bacon, but we don’t do the cornmeal and it’s sold pre-sliced. I think.

I tried watching some of those “SCAMS on TV”… but… without an antenna… didn’t work. 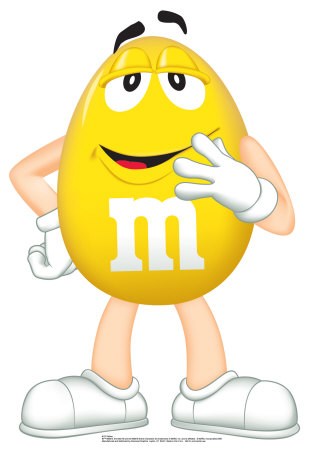 Actually, that’s the same cut of pork that we call Canadian bacon, but we don’t do the cornmeal and it’s sold pre-sliced. I think.

Same cut, but the ‘Canadian bacon’ stuff is smoked vs. just cured.

… but the McKenzie brothers (Bob an Doug) love it.

I’ve only ever known peameal bacon as Canadian bacon. The US do something different and call it Canadian? lol Sounds Trumpian