Add a “Reboot” button to the Apps

My Tablo (4-Tuner) has been running strong for 2 years, but this last two weeks it needs a reboot to reconnect with the drive (WD My Book, so it has its own power.) Ok, only twice: one was done by the update so it saved me the trip, and the other right the next day (but its on a remote location not easily accessible at the moment.)

The only fix needed was pressing the blue button, but since the only problem was the connection with the drive, the Tablo still works and connects fine. By the way the drive is fine and all is connected to a good power surge protector.

So please add a “reboot” button in the settings of the apps so we can deal with this the right way (I don’t want to use a smart plug to cut the power to the Tablo.) It should be pretty simple since the procedure exists and can be actually triggered by that blue button.

As discussed before, it should not be for regular use (better to solve the real issue if any) but as a convenience and easier troubleshooting procedure.

sounds like a good idea to me. I periodically have to remote into my home computer using chrome remote desktop and reboot my router because I lose remote connectivity to my tablo. I’ve found I also can just press the blue button to do the same thing, so if I could remote in then access it locally through the web app I could do the same thing without fear of disrupting my wife’s watching a movie or tv show from my plex server.

Yup, if you scroll down #feature-requests you’ll find a whole bunch of good ideas repeatedly suggested… but hey, they added commercial skip

Here’s another vote for the ability to remotely reboot the Tablo. We travel and it would be VERY nice to be able reset (reboot) the Tablo. As long as this has been suggested/requested, it’s hard to believe it’s not there yet…

As long as this has been suggested/requested, it’s hard to believe it’s not there yet…

I think you’re on to something…
This one dates back to May '16… long enough, should be there by now as well? - Please Add Real Time Signal Strength

Can you believe this has be requested since Jan '15 - Manually Adding Channels …maybe long enough for you, but gosh, that doesn’t seem to be how it works.

Those are just a couple examples… suggest renaming to Features Suggestion. It’s most likely the features, or enhancements are implemented to market to new customers first, good business model to generate profit. Something that’s marketable.
Now with new reboot button. Customer thinking, wonder why would I need a button to reboot this? Ain’t nobody got time for that! Probably doesn’t fit their marketing outlook… as well as reasons in similarly named discussions.

Still, for a single user device - it would be nice at times. But that’s not their primary demographic.

The Tablo folks have explained their reasoning for not including a reboot button.

We DID say that a software reset could in a lot of cases be totally useless because if you need to reset your Tablo, communication between the Tablo and your device could be broken or the Tablo itself could be in a state that would be non-responsive. This would effectively create a button that does nothing.

That makes sense however, I (and I suspect others) have the ability to power off the Tablo remotely which is a HARD reset which (supposedly) carries some risk. I would much prefer to do a reset (as Tablo recommends) before shutting off power to the unit. Thus the request for the reset capability. I believe Tablo has said that a reset will often fix problems (and I have seen that) so again, I think the capability to reset remotely would be useful. I suspect that most people that use Tablo have access to, and use the Webapp from time to time. Maybe just add the capability to just the Webapp would suffice.

Agree that the ability to try a “soft” reset before using a remote on-off power switch (as I and others have/do) is a very useful enhancement. It is not beyond Nuvyyo to explain that if a reset is requited one can try the software (in Settings) option first, and if that does not resolve the issue then a hardware reset (at the box for those not more advanced and remote) is required.

I wonder if they would tell us if the Tablo is NOT recording anything, is there any risk to the power off reset? If they can confirm there is no risk, it’s less of a concern to me because I can use one of the apps to be sure it’s not recording before commanding the power off.

Sometimes the issue is between the Tablo and the external drive, and rebooting the drive does nothing to fix it, but rebooting Tablo (which is working fine but unable to record) does fix it.

That is the reason of my request of a “reboot” button in the apps. So easy to implement; I don’t know what’s the hold up for something that “can” help with multiple issues.

So you really want to actually fix something instead of making it go away for now, and hope it doesn’t come back?

What we really need is to directly access our own devices, see system logs, see what happened, at system level.

Tablo prioritizes feature requests based (at least partially) on how many customers are requesting it.

The three listed above (Software reset option, real time signal strength, and manually adding channels) are my top 3 (along with my fourth is the ability to “resume live” with a single button after having a stream paused) and I almost always list one or more of them on the customer survey requests.

But if the majority aren’t asking for these, they will never bubble up to the top.

I would really like a software reset option but my thinking is that most people aren’t having many issues (which is a good thing) so few would actually use it, thus few are asking for it.

In my use case, I have a channel that is a bit borderline in signal a few months a year. When it does start to go astray, it creates all kinds of missed and partial recording issues but occasionally it has even caused the Tablo to start to have random errors on unrelated channels. Removing the channel alone will not always fix it but a reset after does and Im good for a few months.

When I am not stuck home due to a Pandemic, I travel a lot, and more than once, I was stuck away from home when this was needed.

It is true, I would be using the reset button as a temporary fix, the real fix would be to improve the channel reception, but short of a 30’ + tower in my back yard, that is unlikely to happen as I have tried everything else.

When you are away from home this (or a similar wifi plug) will allow you to power off/on the Tablo. It would just be nice if a software reset attempt could be made without requiring the brute force method.

It would seem to me that if the Tablo is NOT actually recording (or playing a recording) there should be little to no risk of problems or data loss if the unit is powered down with a remote switch. Does anyone know for sure or can one of the Tablo people confirm or deny this assumption?

Can you rephrase that? I don’t know what you mean…

…going off topic, this explains it clearer - https://meta.discourse.org/t/discourse-new-user-guide/96331#mentioning

and maybe here - Interactive new user tutorial - Posts about nothing :) now with polls

It would seem to me that if the Tablo is NOT actually recording (or playing a recording) there should be little to no risk of problems or data loss if the unit is powered down with a remote switch.

That’s correct. A WiFi enabled switch is a great option if this is something you really want.

OUTSTANDING! Thanks for the confirmation.

This is what I use to remotely reboot my a Tablo, can’t go wrong for $20. Well not reboot, but turn off and on. 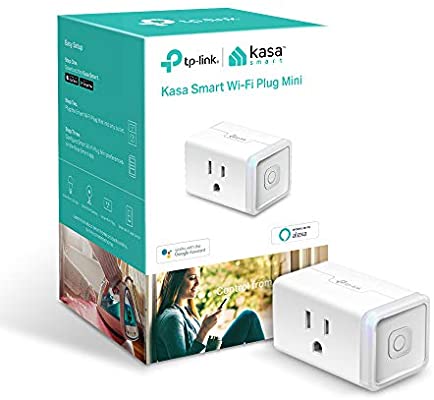