I have been trying to get my guide updated from CBS 19 out of Huntsville Alabama to WOTM 19 in Birmingham. Contacted support and they said they could not change the guide because it’s a CBS channel but not in Birmingham. All I want them to do is just remove the CBS 19 from my guide and leave it blank if you can not update the guide. My Tablo is recording CBS 19 for Young Shelton. And yes I can say only record CBS 42 but it airs 5 day a week on channel 21. And channel 19 show a lot of high school football and religious program. 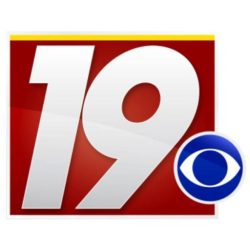 This is not a Birmingham channel.

I’m assuming, since you didn’t specifically say, that you are receiving both WOTM AND WHNT. If that is correct, then why don’t you just uncheck the box for adding WHNT to your schedule.

If you are receiving only WOTM, but you are getting guide data for WHNT, have you tried using a zipcode closer to WOTM is see if that will solve your problem?

If you are receiving both stations and they both have the guide data for WHNT, then again trying a different zipcode might help.

It appears that your problem is due to the fact that WOTM is a low power station, which Gracenote does not support. See the following topic:

FYI: I have done all steps I can do. No suggestions necessary. My LG C1 OTA guide is accurate.Tablo has no resolution I know there have been other posting about guide data but wanted to start my own due to the circumstances. My guide data here in Palm Springs, CA has always been off since day 1. I just thought it was the way it was. Recently syndication programming started showing up on guide that has always been a FM audio only channel. Sure enough I went to watch a comedy show and got just …

The remaining channels are low powered stations, which are unfortunately are also not supported by our guide service provider.

Despite our best efforts, if our guide service provider is unable to make these changes, there is not much we can do.

So how much R&D money should they spend on this type of request?

Could there be other higher priority features that they might spend their R&D money on?

They don’t have to spend a dime on it. But I don’t understand why a Chanel that is 150 a way showing up in a Birmingham ZIP Code. In Alabama theirs 4 big markets Huntsville Birmingham, Montgomery, and Mobile. If you live in Birmingham you can only get the channels in the Birmingham market. What is so hard to understand?

Can you explain why you don’t remove the channel from your guide if you don’t want it?

Since television signals are just radio frequencies, they travel where and as far as they want.

Many people live at the edge of one Designated Marketing Area and thus receive signals from multiple markets. I don’t think they would be very happy to have their guide chopped because they should only have channels from their DMA.

Because it has local programs high school football and church services. But it come up on my guide as CBS 19 from Huntsville. Huntsville is not a Birmingham market.

I did try different zip codes but decided to keep my local one since Tablo requested I keep it there.

It’s weird because sub channels would show programs for other broadcasters/stations or just be a duplicate of main channel but actual program shown is for other channel. This made recording unpredictable or would error out as not being recorded.

I think I’ve gotten the guide to a point of where it needs to be. I used a combination of resources to clean it up though I still don’t think I should have to, whether is’s a providers or broadcasters issue.

Using RabbitEars.info, TitanTV, FCC and other resources I was able to chip away channels/sub-channels to get guide to show correct info as well as make sure it was the HD broadcast and not SD.

I also found within the series recording options to specify the channel to record. Hopefully this will prevent Tablo from recording a duplicate listing on guide when in fact the broadcast program is different.

Maybe my response to 3rdRock I just posted will help regarding the record series options.

I had to change my zip code all the way to Mobile Alabama for it to drop CBS 19 Huntsville now the channel is listed correctly. So then I changed my zip code back to Birmingham and it now shows the local station but no program guide. That all I want it to do in the first place. So it would not record CBS 19. Thanks so much.

I spoke to soon. When I changed it back to my Birmingham zip it shows CBS 19. When I use Mobile zip and do a channel search it come up with all the right call letters but it will not save. But the does show 19 as WOTM. When is I use my zip it show WOTM until the guide downloads and it changes to CBS 19.

But I don’t understand why a Chanel that is 150 a way showing up in a Birmingham ZIP Code.

That does sound like a problem that Tablo and Gracenote should be capable of fixing. Just because you have a channel 19 that Gracenote doesn’t have info for, it shouldn’t default to a station that far away from your viewing area.

I would advise contacting @TabloSupport again and have them revisit this issue.

When I use Mobile zip and do a channel search it come up with all the right call letters but it will not save.

I also don’t understand why you can’t save your scan when using a Mobile zip.

So I think I had a similar situation where when I did a scan it would display correct call sign but after saving would change to something else. This was Tablo’s response to that question: