Works better in the mornings but not in the evening

I bought a Tablo Dual Lite DVR last month. I have an i

It’s looking good when it’s working well. But that is not very often. I have an internal antenna and most of the UHF channels have five dots and are green. The two VHF channels - PBS and NBC have three dots and are orange.

The channels seem to work well in the mornings from 4:30 AM through 9 AM with an occasional “Unexpected Error Occurred” with two buttons [Retry Playback] and [Cancel] buttons. This happens probably once or twice during the 4-5 hours.

However, in the evening it is a total washout. Every few minutes I get the “Unexpected Error Occured” and is almost unusable.

I have restarted the Tablo and the router with no effect. I think we have different variables - antenna, tablo, wifi and the router. Not sure which one to focus on.

Appreciate any help. Hopefully works in the morning but not in the evening is a hidden clue to the underlying issue.

This is common. Radio waves and how they propagate vary by time of day, weather and season…

Typically the best signal / longest distance can be seen in the middle of the night when solar radiation and temps are at their lowest. As the day runs it course, this signal quality will continue to drop with late afternoon and early evening being at the lowest.

Your best bet is to move the antenna in the evening when signal is at its lowest. If you can get it in the right spot to receive it for that time of the day, it should be good for morning as well. But in the end you may simply need a better / larger antenna, an antenna booster or to move it to the attic or outside.

So, the reason for “Unexpected Error Occured” due to tv signal? This is occurring even for channels that are five green dots every time I run the scan. 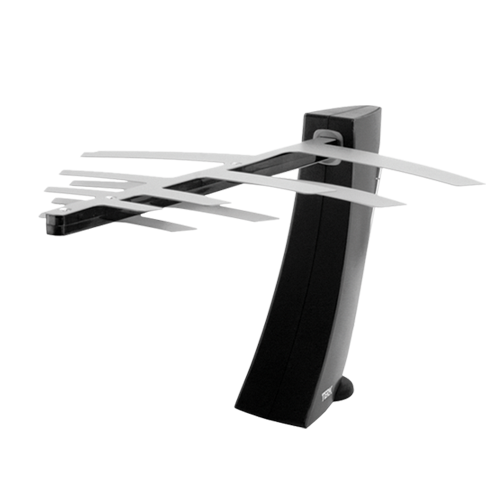 The hard drive can cause that error as well but see no reason it would change during the day.

The original Tablo models had enough memory to watch a single channel of live TV without a hard drive connected, which was good for testing if nothing else, not sure on the new models though…

Thanks Daniel454 and really appreciate your quick reply.

Let me look for a better placement of the antenna indoor. I am trying to avoid having one outside but maybe that is unavoidable.

And let me run the channel scan in the evening and see if I can get the antenna better placed. But I do get five green dots for all the UHF channels.

No problem, hope it helps.

I am a huge fan of Tablo and have been with them for years now BUT I will admit, one area they need to improve is their “5 green dot” view.

It really doesn’t tell you much. I am not exactly sure how far above the digital cliff represents 5 but I am sure its not much. With digital TV it only takes a few % of signal drop to completely lose the station so if the 5 dots represent only a small window above that cliff, its not going to take much to lose it.

If your TV has a built in TV tuner, many of them also have a much better signal quality meter you can use to better fine tune the antenna position. Careful there though as a TV will get a signal when a Tablo wont due to the internal splitter for the Tablo but still, that meter can ensure you are getting the absolute best signal before connecting it back to the Tablo.

I ended up picking up a USB PC TV tuner and use that for fine tuning my antennas. But then again, I live out in the middle of nowhere so it took a LOT to get the signals I needed.

Still too many variables.

Go look at tvfool.com and type in your address. Copy the results and post them here.

Okay. It looks like you are 17 to 20 miles from the broadcast towers of the major networks in Atlanta. All those towers are between 204 degrees to 210 degrees from you.

You have said that your antenna is broken. You are picking up some channels but these channels are very weak so that sometimes you don’t get them.

But you are getting something with a broken antenna. That is a good sign.

1. Is this antenna still connected to the AC power?

2. Is this antenna located on the first floor?

Which channels are you receiving?

Get a better antenna see what works you can return them if they don’t work for you. I use an Omni directional antenna where I live towers come in three different location use an Lava 8008 antenna and it’s in my 2nd floor attic higher the better.

You do need another antenna.

I put a Clearstream 4 antenna ($150) in my daughter’s attic to pick stations about 55 miles away. That has worked well.

But you shouldn’t need that much gain. You should be able use a Clearstream 2 ($75) mounted in your attic. Especially if your home is 2 stories tall. Otherwise you may have to mount it outdoors or buy a amplifier which the manufacturer publishes a specification of a 1db Noise Figure for a 10db gain. Buy the antenna at a local Best Buy so that it can be returned immediately if there is a problem.

Peak your antenna on WPBA RF channel 21, using the signal strength bar in you television set. WPBA is not the strongest Atlanta station and it is at 205 degrees which is where you want your antenna pointed. It that works well then you shouldn’t have a problem with the other stations in Atlanta.

When your install is done, install a 20db attenuator in the line and verify that you are still getting all of your most desired stations. Then remove the 20db attenuator. This step will insure that you have some “fade margin” to compensate for atmospheric changes. I know that a 10db ‘fade margin’ is not enough in my area.

Thanks JimH for your detailed answer.

Looks like as per everyone, the “Unexpected Error Occurred” is due to antenna. That’s what I was trying to find out.I wanted to rule out other factors in play - like the router / wifi or tablo hardware itself.

When I scan through the Tablo app, all the UHF stations in the Green section of TVFool - this covers everything I want - come up as five green dots. The two VHF come up with three orange dots.

Thanks everyone for your replies. I will look at getting a better antenna and placement.

Unfortunately those 5 green dots are almost meaningless. You could be 1db away from your signal fading out or 30db, and you have no way of telling which.

Of course the orange dots are much worse. With those you are just about to fade completely out. LOL

Wolfpack, What equipment were you using to measure your signal-to-noise (S/N)? If you can measure your field strength then you don’t need to use my technique. Just get a -60dbm to a -50dbm signal and you should be good to go. Even with some multipath.

Signal strength is the gold standard for reception.

Please ignore that paragraph after the link in my last comment.

It was not in there when I submitted the reply. I guess the Forum software was trying to be helpful but it wasn’t.

Here is an update this thread.

First of all thanks to all for the prompt answers As you all surmised it indeed was the poor/fluctuating signal.

I got a Mohu Leaf 30 and placed it against glass window facing the towers. Fortunately there is a gap between the two houses that are opposite to my house and as a result there is a clearer view towards that direction. Over the weekend, I was able to view all the channels (barring PBS because of weak signal) and that too in the highest bandwidth setting available in the tablo app almost always.I am still getting the occasional "An Unknown Error Occurred " still. Hopefully I can get that sorted out over time.

I am having another issue on Nexus Player, which probably is subject for another thread.