What the deuce is this? NEW GEAR?

I have to agree. Since I would be adding a HD anyway because 64GB is no where near large enough there really is no price offset here. Guess we will see how the market responds.

I was hoping to see the prices drop a bit on the next models. I am really happy with my Tablo and I tell everyone to get one but the initial price point is tough to sell.

Agreed, though honestly I think its worth it, I paid for all of my out of pocket expenses for Tablo, HDD, antennas, wiring and lots of Rokus within 6 months (and happily banking the savings for the last 18 months) but many I have tried to help down the same path, simply don’t have the money to invest up front.

Maybe they should come up with some sort of lease to own system. Yes it would feel an awful lot like what the cable companies do but if it truly was “to own”, meaning once the amount spent covered the product price, the monthly installment just dropped to the guide subscription fee, it might open the door for more customers.

As far as this product goes, It definitely fills a gap, many here have scoffed at the idea of having to buy a HDD, whether it be due to cost or the perceived additional technical challenges, I can see where this will have a customer base.

I for one need MORE tuners though, not less.

My first question for the Tablo folks is whether adding a hard drive to this product disables the internal storage or allows the user to access both? I would hope it would be the latter, letting the user try the Tablo out for a while and then adding a hard drive when storage is low. If it is the former, it could be painful, and I hope the user is warned.

I am curious if all the heat problems are solved with this new design. I would hope so, since there has been so much time since the originals were released.

If you don’t need a hard drive (don’t plan on recording much), this appears to be a nice setup. But with 2-tuner Tablos on sale for $189 online (I know Walmart has this price), the original is still a better deal if you are adding your own hard drive. The 4-tuner is only $50 more than this at $299.

I do hope this product does well, and the design can be incorporated on other Tablos with more tuners.

My first question for the Tablo folks is whether adding a hard drive to this product disables the internal storage or allows the user to access both?

ooooo, if it is the case that it uses both I hope this means allowing two drives on the original Tablo isn’t too far off…

My first question for the Tablo folks is whether adding a hard drive to this product disables the internal storage or allows the user to access both?

Good question! You can still watch & delete the onboard recordings, but all NEW recordings will go to the USB attached drive once one is attached.

FYI - We also have a brand new site!

The new site bubbles up a lot of the important content that was in blog posts or other areas that new users might miss.

Let us know what you think

You can still watch & delete the onboard recordings, but all NEW recordings will go to the USB attached drive once one is attached.

While the price difference between the “old” 2-tuner and the new device seams to be a bit high for only 64GB of storage, I probably would have bought it if it had been available when I got mine.

Mostly, I record shows to either extract to my Plex media server or to watch because the time they are on is inconvenient. In either case, the show is typically removed from the Tablo within a week or two of when it got recorded. The 64 GB might be enough for that.

But, given the $55 extra (Canadian pricing) compared to the retail cost of a 1TB HDD (~$80 for a WD My Passport USB3 1TB), I would think 1TB would make more sense. That being said, I still would have got the new device if it had been available at the time.

While it’s nice to see that there is a new model in the product line, without an update to the tablo datasheet and a breakdown on the important internal chipset in this model at this price it’s a snoozer.

The supposed heatsink issue with the 4-tuner model was discussed around 3 years ago. So I purchased multiple 2-tuner models and never had a heat issue.

Is the Tablo Dual still based on MaxLiner MxL603 ?

The supposed heatsink issue with the 4-tuner model was discussed around 3 years ago. So I purchased multiple 2-tuner models and never had a heat issue.

I have both.
Never had a heat issue with either.
Always turned out to be a weak signal, firmware, or hard drive problem.

@djc6 - Yes, we still think it’s the best tuner out there for the price.

The forum has any number of posts concerning the the actual temperature being generated by both the 2-tuner and 4-tuner models.

Also there are posts about the increased stability that occurred when various cooling techniques were applied. At one time Nuvyyo posted the maximum operating temperature for the 2-tuner/4-tuner models.

Of course no one ever questioned that the quoted temperature may have been higher then some of upper limits of the 3rd party chips on the motherboard.

So not only does the new 2-tuner model have air vents on the top but also appears to have little feet on the bottom to raise it off of the underlying surface. There must be some reason to make these engineering changes.

There must be some reason to make these engineering changes.

You give too much credit to engineers.

So not only does the new 2-tuner model have air vents on the top but also appears to have little feet on the bottom to raise it off of the underlying surface. There must be some reason to make these engineering changes.

More cooling is needed when you cram the same amount of guts into 20% less space.

[quote=“zippy, post:18, topic:11882”]
There must be some reason to make these engineering changes.
[/quote]I worked for a major appliance manufacturer for many years. We had a new front load washing machine that featured a re-circulating water pump… Our marketing dept had all kinds of “reasons” for this new “feature”, and one would think they wouldn’t have spent the money on time and resources to engineer it if it did not serve some form of purpose…

I questioned it though, its a front load washer, the water really could not be any more re-circulated.

Long story short, it was added to rectify a PERCEIVED problem. We often received complaints from customers that the machine did not use ENOUGH water because they could not see enough of it through the glass door.

Yep, all that time, engineering cost, an extra water pump, tubing, etc. They were all added JUST to make it look like the machine had more water in it than it did… Our customer complaint volume on that “issue” dropped 60%.

Tablo points out the reason above, this is more hardware in a smaller box, but I wanted to point out, sometimes design changes are more an appeasement of perceived issues rather than solving an actual one.

I own 2 four tuner Tablos, both mounted in rather warm areas, neither have had any temperature related issues for 2 years.

More cooling is needed when you cram the same amount of guts into 20% less space.

Running into the same issue when wearing last year’s clothes.

Random aside @tacopeland - I can’t help reading the title of your post in Stewie’s voice. 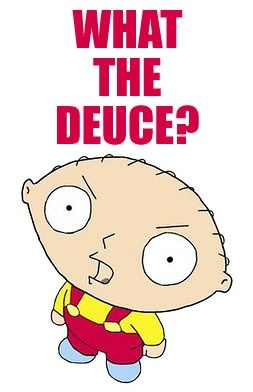