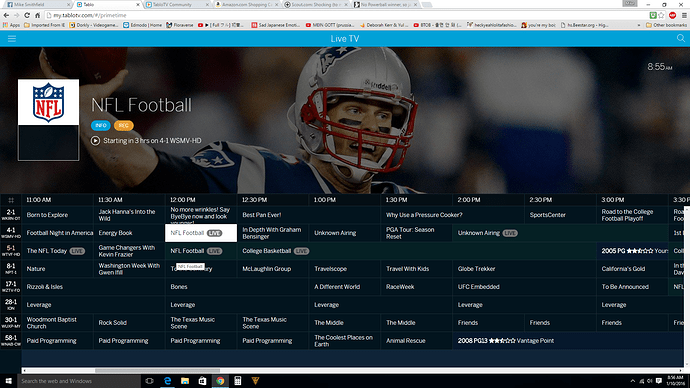 Channel 4 is my NBC station, and on the live guide, it shows just a half hour of the Vikings game, has some other shows, as well as the infamous “Unknown airing”. However, if you click on the info for NFL football, it shows it will record from 12 to 3:30 PM (Central), which is correct.

I just haven’t seen this before. Channel 5 is my CBS channel, and it thinks the game is on that channel as well, strangely enough. The later FOX game is in my guide correctly.

First thing I’d do is force a refresh of the guide.

@snowcat - Can you pop us a note? We’d like to take a closer look at your Tablo as soon as possible in order to capture the root of this issue: http://support.tablotv.com/hc/en-us/requests/new