Web app: Why you should use Chrome (if you can)

There’s no recommended browser for Windows, but for MacOS Safari is recommended: 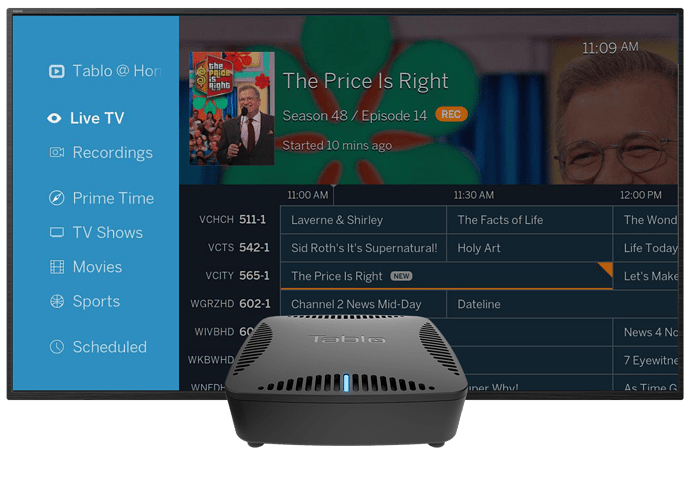 Network-connected Tablo DVRs let you enjoy your favorite Over-the-Air TV programs via apps on all of your devices including Smart TVs, streaming media players, computers, and mobile devices. 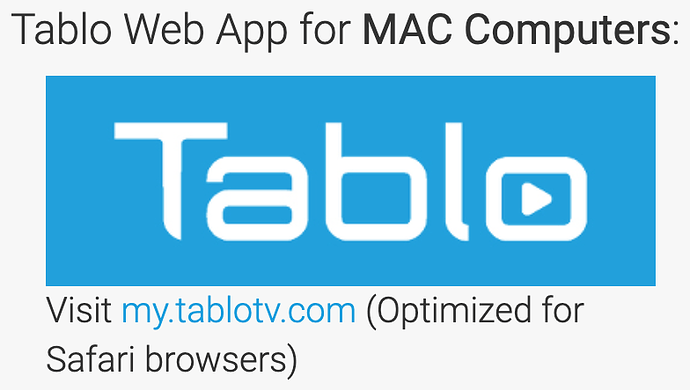 I compared Safari, Google Chrome, and Firefox on my Mac and found at least three differences. In all cases, Chrome is doing the most desirable thing: 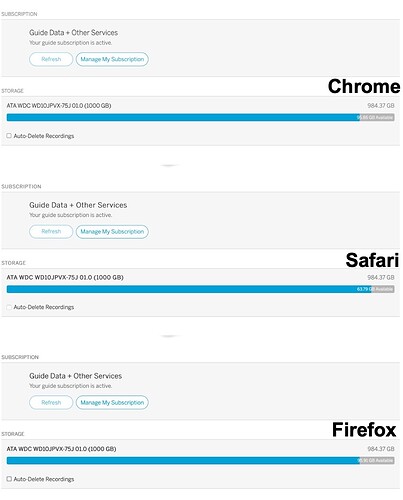 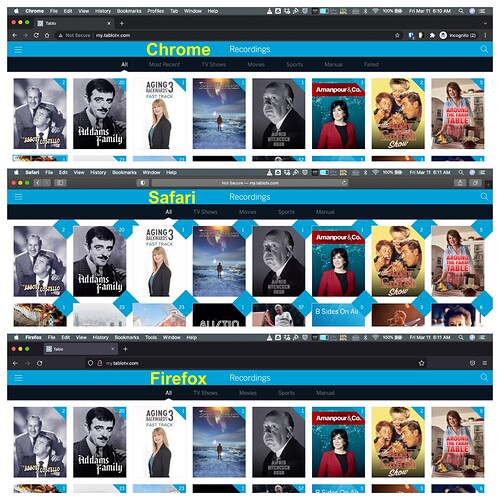 Recordings-markup1920×1920 344 KB
Safari and Firefox lack the useful “Most Recent” tab in Recordings. Also: what’s with those out of control blue diamonds in Safari?? 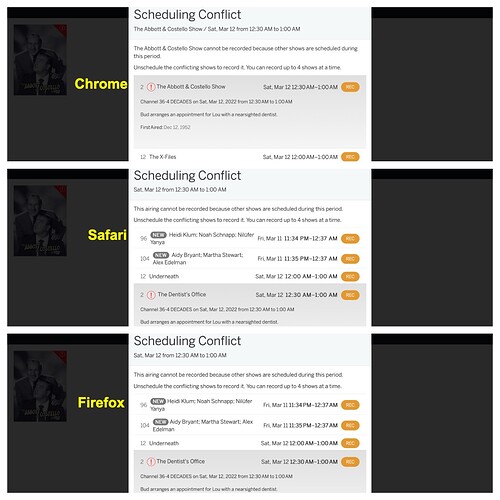 Access to most Tablo screens and features including settings

While other devices/app have access to All Tablo screens and filters.

Among browsers and platforms, yes it’s never been a secret, when Chrome was supported, it had more capabilities. Using #tablo-apps:third-party-apps-plex Third Party aka unofficial apps helps overcome some shortcoming you may encounter.

There’s some users who prefer to avoid data mining software. or stick as close as possible to oss — why you might avoid Chrome

Safari and Firefox lack the useful “Most Recent” tab in Recordings.

Also: what’s with those out of control blue diamonds in Safari??

Which version of Safari? I don’t have that problem with Safari 14.1.2

To sync or not to sync, that is the question!

Everything has a price.

I also notice that Chrome for Mac will not play audio recorded with the Surround Sound setting on, but Safari will. That makes Chrome a nonstarter in my situation. I want surround sound, when available, for my home theater. Live sports, for example, are more fun that way.

I know a bit about surround sound but it’s never occurred to me to wonder which browser might support (i.e. decode) a multi-channel signal. I’m fairly certain we’re talking about a Dolby audio format, and I found this page which confirms what you’re seeing: that Safari supports surround sound, while Chrome doesn’t:
https://developer.dolby.com/platforms/html5/browser-support/

Interesting, and telling, that the column names are “Probably” and “Maybe” lols!