I think the time has come for TabloTV to integrate with voice assistance tech. Either Google Assistant, Amazon Alexa, Home Kit, IFTTT…

When a sound bar, a microwave oven, a thermostat, television, car, offers it, it should be obvious.

Clearly that is where the market is going, like it or not.

Does your TV or streamer box do voice commands? Does it make that API available to apps running on the device? Because that’s where it would have to start.

I have 3 TVs all hooked up to their own Nvidia Shield and another one hooked up to a MiBox. All have Google Assistant built in. I also have FireTV on each of them. Using CEC, they all respond to voice commands.

I want to be able to ‘ask’, “Tablo show me my recordings” or “Tune to channel X” or “Scan for new Ota channels”

Some user cut the cord to limit corporations limiting intrusion into their lives. Not everyone wants a giant corporation listening to them in their house - it’s great tablo offers an options. Amazon does make their own OTA DVR which integrates with Alexa. 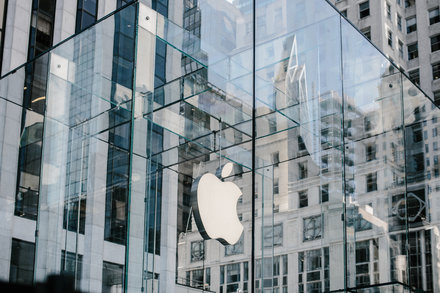 With a Laser, Researchers Say They Can Hack Alexa, Google Home or Siri

Researchers in Japan and at the University of Michigan said they have found a way to take over the voice-controlled digital assistants.

Appreciate your comments and understand.

But Tablo, I’m sure, is looking for additional sales and growth in the future, and as I mentioned, like it or not, it needs to happen. That is is the way of the future or it will be run over by the competition.

It needs to be an option for the user, not an obligation to use, as to satisfy those still using rotary phones or those who do not use internet banking and still write checks for example. Conspiracy theorists abound.

It’s not for everybody but don’t knock innovation, many embrace it.

I understand we’re moving towards corporate control, and an generation of ‘the less I have to move to do something, the better it is for me’.

Nuvyyo is at the top of the list amongst giant corporations - their marketing group seem to be on the right track for their demographic.

Using the internet for transactions has it’s possible risks - but I don’t agree it’s comparable to opening your household to private conversations and daily routines.

But Tablo, I’m sure, is looking for additional sales and growth in the future, and as I mentioned, like it or not, it needs to happen. That is is the way of the future or it will be run over by the competition.

Needs to? Way of the future? You mean, like 3D televisions? It’s a fad, and it will pass.

I hope Tablo doesn’t devote even a minute to implementing this sort of feature.

I’ve asked for this feature a lot. For the people who wouldn’t use it: you wouldn’t have to. But at least give people the choice to do so. I can see the benefit in adding this functionality, as someone who idly watches TV while doing housework or other things that keep my hands busy (or let’s be honest: when I lose the remote