Can anyone recommend a universal remote that will work with my Dual lite connected to a new Samsung TV. The Tv has an app for Tablo so it connects…But the App is a pain to navigate and the Samsung remote control is very limited with Tablo. So any recommendations on a remote (Maybe Universal remote) that works directly with Tablo?

Tablo is controlled by the apps used to access it. Have you considered getting a different playback device that comes with a remote (i.e. Roku, Android TV, Fire TV, etc.)?

So any recommendations on a remote (Maybe Universal remote) that works directly with Tablo?

The Tablo unit has no user interface, so there’s no way a remote can do anything with it. Getting a new remote FOR YOUR TV isn’t going to help. If you don’t like the Samsung app UI, then going to an add-on streamer box might be better.

Thanks for the reply. I haven’t considered another streaming device because my Samsung smart Tv streams everything else I use i.e. YouTube TV, DVD player, Computer, Pluto Tv etc.etc… The Samsung tv remote only allows very basic control. I don’t have the option of changing channels with out going back to my guide. Thing is I was wondering if anyone found a universal remote that plays well with Tablo…So that I don’t have to introduce a new streaming device.

I don’t have the option of changing channels with out going back to my guide.

The Tablo app on the Samsung can’t do that, so a different remote isn’t going to help.

The limitation you’re running into isn’t a remote issue. It’s an app issue.

I see…That kind of sucks…I guess i’ll have to deal with what I have because I like the Dual lite it is just a pain to navigate. Thanks.

Thanks again. So an app issue can’t be resolved with a different remote…that makes sense. I’ll just deal with what I have. Adding another device really isn’t what I want to do…

Adding another device really isn’t what I want to do…

You might be surprised at how awesome your experience across more of your apps will be with a separate streaming device. For the cost of a Roku or Fire TV, it may be worth a shot… 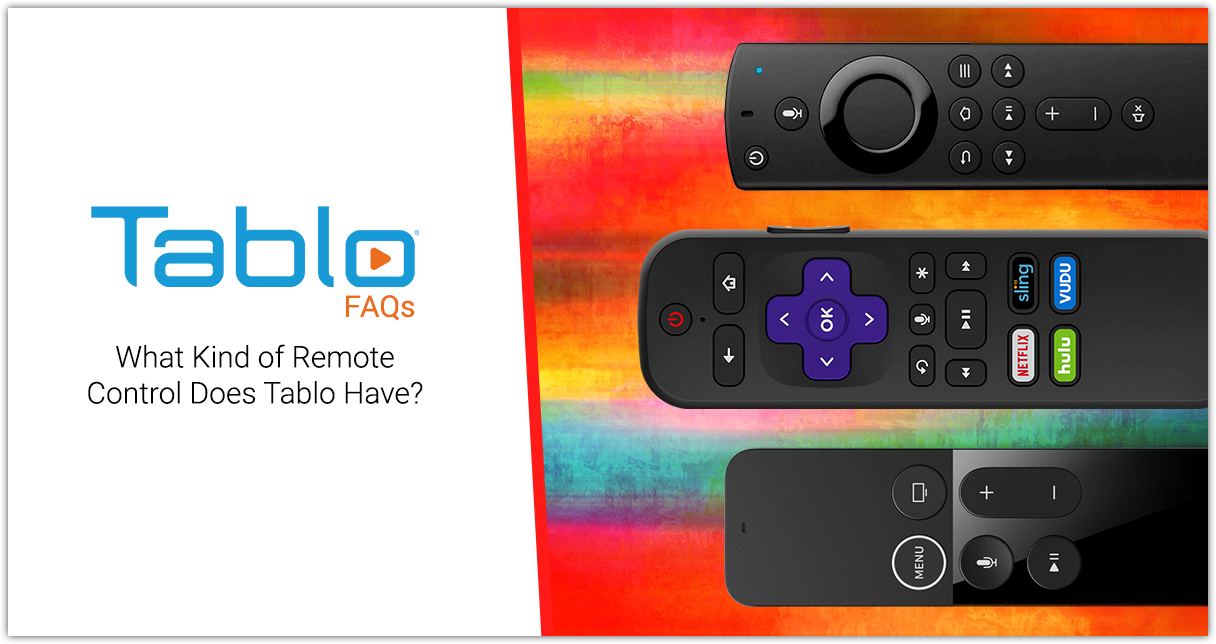 Tablo FAQs – What Kind of Remote Control Does Tablo Have?

As a network-based OTA DVR, Tablo doesn’t have its own remote. Check out this post to learn about the differences between the remotes on Tablo-compatible streaming devices, as well as third-party remote control alternatives.

So any recommendations on a remote (Maybe Universal remote) that works directly with Tablo?

Load up the Tablo app on your tablet or cell phone. I think that is about as close as you can get. I use my android tablet.