I’ve had a 4 tuner for years, and have been generally happy with it. Its been packed up for the last few months due a a move, and I finally got it back out and connected in the new location. I am perplexed though about an issue that seems to have followed me… I still seem to get worse channel reception via the tablo than same antenna configuration connected to a tv (e.g. unscrew coax from tablo, screw to tv sitting next to it).

Does the new quad have better tuners in it?

Does the new quad have better tuners in it?

There are topics/post about a different tuner in the new quad model. As for better/worse… probably, but that depends or your perspective on how bad one is/was and what it takes to be better

As for the TV vs tablo reception, I agree, but they have a support article saying (paraphrasing) generally there shouldn’t be a difference.

Receiving one or two channels on your TV, but not your Tablo:

The main difference between the Tablo and a traditional TV is that the Tablo has multiple tuners - so that you can watch and record multiple shows at once.

The drawback here is a small loss in DB when the signal is split. We use amplified splitting technology to mitigate for this loss, so it’s nearly negligible. In some rare cases, you could have one channel on your TV that doesn’t appear on the Tablo.

Even with an amplified splitter there is not zero loss, and sometimes just that tiny loss is enough to push you over the “digital cliff” and you lose all signal. Your HDTV tuner has no splitter in it, the Tablo splits the signal 4 ways.

“ The Digital Cliff Effect
As we just mentioned, digital signals like Over-the-Air TV are either ON or OFF. The digital cliff effectdescribes the sudden loss of digital signal reception. Unlike analog signals, which would gradually fade when signal strength decreased (some of you may remember ‘snowy’ TV reception) a digital signal provides a picture that’s either perfect or non-existent at the receiving end.”

Anytime an amplifier is put into a stream, noise is introduced. So the extra amp Tablo has ALSO adds some noise, not just signal gain to offset the internal splitter loss. The internal amp comes AT A COST…

Agreed. But the split comes at an even bigger loss (as in if you did a 4 way split of the signal with no amplifier). I agree at the end of the day it’s about signal to noise ratio (SNR), not just signal.

Interestingly, the old Hauppauge PC boards had two coax connections, one each for a tuner. There was no internal splitter. Two inputs, two tuners. But that’s because a PC card had a bigger area on which to mount components. 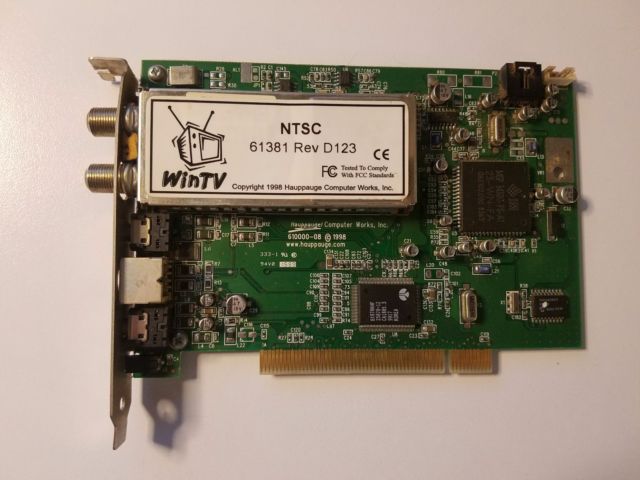 So if you wanted to use both tuners would you use an external splitter or 2 antennas?

Probably an external splitter or distribution amp though I had a friend who had two antennas. Each faced in a different direction and he fed both coaxes into the card so each tuner processed a different signal. This way he didn’t have to contend with two antennas getting the same channel and competing against each other. Some people do that with two Homeruns for separate antennas rather than deal with offsetting signals (from two antennas and one tuner). I’ve seen that suggested here at this forum - two Tablos if one has two antennas facing in different directions.

The Hauppauge had a way of merging the stations from the two inputs into one view on a PC. I know because at one point I had two cards in one PC (4 inputs) on a unified screen. 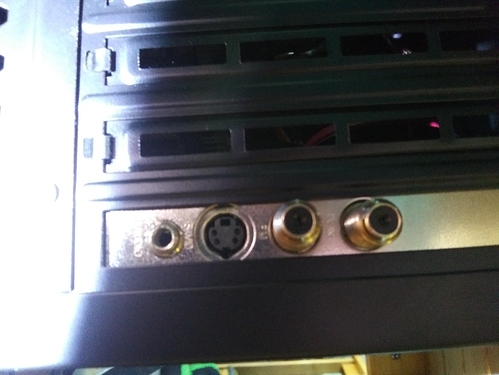 I agree at the end of the day it’s about signal to noise ratio (SNR), not just signal.

I have 2 LG brand TVs. They have a signal strength and a signal quality indicators. I suspect the quality may be related to SNR, but it’s a consumer tool. It does have some value separate from strength.

Ok, TV at far end of house has a single channel that pixelates. Both TVs show same strength fluctuating between ~75%-80%. However the far TV has random, momentary drop. Don’t really watch a variety of channels on it, a couple others have no problem - and 2 TVs in the front of the house (and tablo) are OK.

So, yea, I can say there can be who-knows-what types of interference, including time-of-day - beyond getting a good strength signal.

I do use an amp splitter for the ~50’ run, but it’s getting the same strength signal as the other TV.

The smart TV has 4 CPUs internally and memory that the non-smart one doesn’t have. That may make a difference when it comes to managing and controlling a tuner chip - but I can’t say what it is…

Perhaps someone has seen a difference between a smart TV and a non-smart one in handling tuning.

I tend to thing the tuner handles it’s self… tunes an RF signal however it’s meant to be received - passes it on to some processor for the system to take it from there.
TV, processes what the tuner subsystem sends it to be displayed on it’s big screen (over simplification). Tablo, process it to be stored, then streamed for another device for processing.
Although they are interdependent… each device serves it’s own indepent purpose.

An alleged smart TV is just a data mining device, not just for marketing anymore, but for hedge funds :shrug:
https://www.bloomberg.com/news/articles/2019-07-24/from-fitbits-to-rokus-hedge-funds-mine-data-for-consumer-habits
no, it’s no secret… but are you really aware just what’s going on? They aren’t investing $200 billion just to say “look what they’re watching now”.