Over Christmas, I set up my kids phones to be able to watch my content back home. In Houston, I have 100+ channels available. At home, they have 4 or 5. Once phones were setup, it was verified that they could connect and stream. Right away, ran into problems with all tuners being used.

How about ability to kick remote viewers off / release remote tuner when the no tuner message rears its ugly head? To go a bit further, how about an autokick?

We played with changing recording rates / remote rates in attempt to avoid transcoding. Didn’t work out.

As it is, they boys know that only 1 can stream, occasionally they will request that I let them use a 2nd tuner to watch a program that both are interested in. The workaround at the moment, for recordings, is a bit complex. I built a vpn between their phones to my router (OpenVPN is wonderful) and they are able to use ota2Go to access the tablo and download whatever it is they want to watch. I am also looking at a partial plex solution as well. My current method of seizing a tuner is via bruteforce. Since I know the mac addresses of their phones, I am able to temp turn off access at the router. After a few minutes, the Tablo times out and tuner becomes available again.

The 16 year old has managed to remote watch a program, redirect video output (Wireless HDMI I think) to the Mac at their location, which then sends it to the AppleTV, which then is able to send it to multiple TVs simultaneously.

Not an exact solution but maybe a new Tablo QUAD for you? Let the kids use the old Tablo for themselves.

This isn’t exactly what you’re asking for, but it may help a bit. I suspect you know the IP of your tablo device, enter this URI in a browser:
http://[tabloIP]:8885/server/tuners the result is returned in JSON, if you use firefox it’ll format it nicely, otherwise you’ll get something like this

if you’re just watching/viewing a channel.

As for the rest of your issues, I think you may have gotten in over your head.

@Krbjmpr You beat me to it! That’s another feature wish I have: 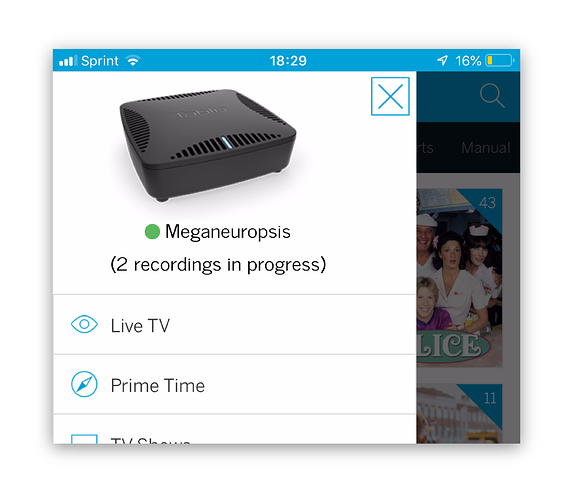 Guess it wouldn’t have to be “recordings in progress” because a tuner could be in use when someone is viewing remotely when the video gets transcoded to a lower bitrate. But “1 tuner available” or “0 tuners available”.

Buy another quad tuner just for the kids and let them fight over it. 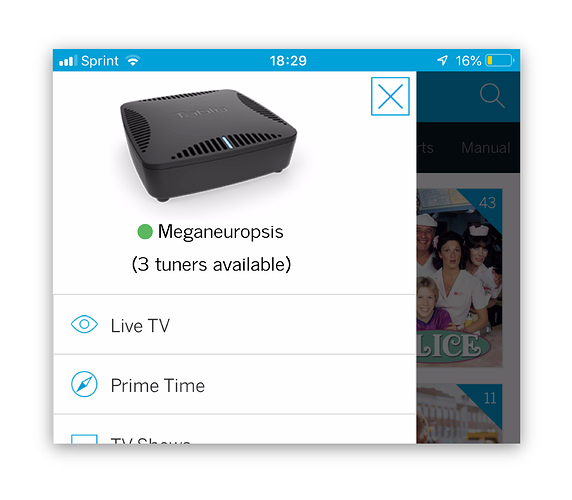 @djk44883. Correct, that is not what I was looking for but it does open up several options that I didn’t know how to proceed with before. It should not be difficult to incorporate that bit of code into a status page, perhaps even incorporate it into a private room channel. At very least, it does give me the info that I seek and I wont even have to open the Tablo App. Thanks!

@FlyingDiver. I actually had a dual tablo setup and ready to go. Then I realized it would make THE perfect gift for a cordvutter household that was trying to get by using only Chromecast. So, a second tablo is waiting for me to buy, but it only partially solves problem. My boys prefer to watch my movies, sometimes while they are recording. If I could figure how to do USB <> NAS I suspect thete will always be a shortage of tuners on the movie device.

Sounds like it’s time to invest in a media server running Plex, and use one of the several applications available to pull content from the Tablo.

That is precisely why I want to create a NAS. I might have found a similar device offered by Seagate but a few years back. Hard Drive stand/cradle for its portable drives. USB interface on one side, Ethernet on the other.

I am waiting for warranty to run out on mine. I am sure it violates all kinds of T&C, but I want to try and modify the code for storage. I’ve a few ideas I want to try. 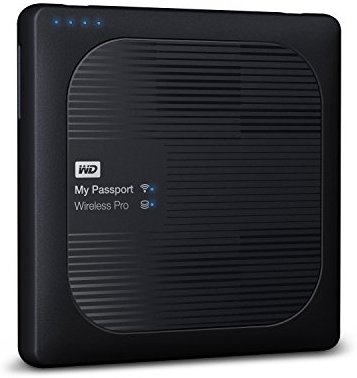 NAS with Plex built in. I use mine as the Plex server for our RV. Kinda slow, and can’t transcode.

Otherwise, a small Synology or QNAP NAS will also serve as a Plex server.

@FlyingDiver
It would almost work but from the question/answers it appears that using the USB port disables the wifi portion. Are you able to confirm this? I would need to have usb going to tablo and wifi for the rest. Simultaneously.

It would almost work but from the question/answers it appears that using the USB port disables the wifi portion. Are you able to confirm this? I would need to have usb going to tablo and wifi for the rest. Simultaneously.

No, you can’t connect the NAS to the Tablo via USB. That has to be over the network. The Tablo still needs it’s own drive (on the USB) port for the initial recordings before you rip them to the NAS.

Edited reply because I thought you were referring to the Tablo, not the NAS.

See edited answer. You don’t connect the NAS via USB.

The device I mentioned before (Seagate cradle dock) had usb and Ethernet (not wifi as I mentioned). The drive could be accessed via both interfaces, I remember having some file contention though.

Just have to find another cradle/dock, or dig mine up from wherever it is in storage.

In any case, you won’t be using the same storage for the Tablo as you use for the Plex storage. File formats are different. So trying to find a storage device that can connect to both the Tablo and the Plex server simultaneously is a waste of time.