The Guide data was ‘and is still’ wrong causing the recording of the “Star Trek: Discovery” on Jan 14th 2021 to not be recorded.

Looking into it more I have found this show and 3 others I have set to record on this channel (CBS, ch2 of Salt Lake City, Utah) are not going to record properly for at least the next 2 weeks, If this issue is not resolved soon.

Bellow I have attached screenshots of tTV guid data from TitanTV.com and of the time Tablo has this show set for.

I also highly recommend an faster way of reporting incorrect guide data from users to help prevent this from happening in the future.

I would expect this from a free service but a paid service should be correct 100% of the time! 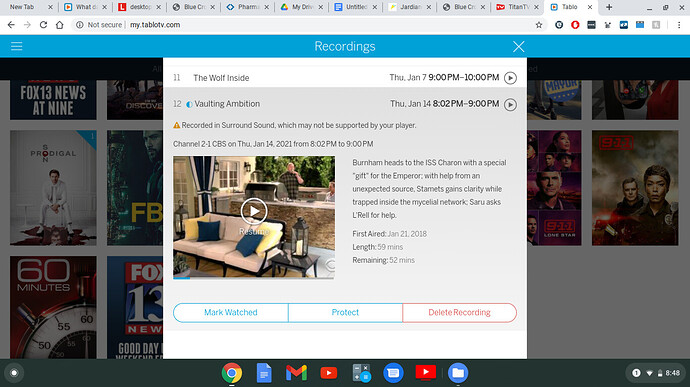 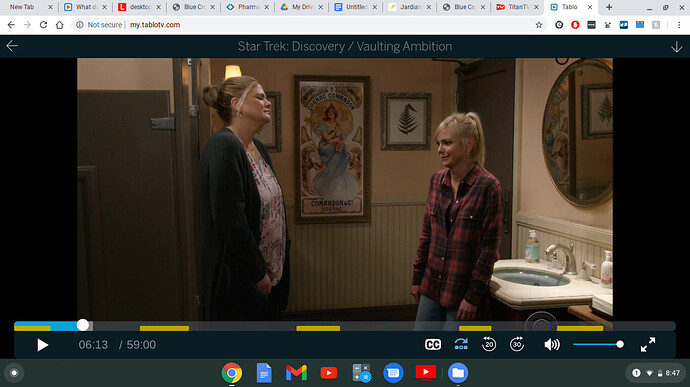 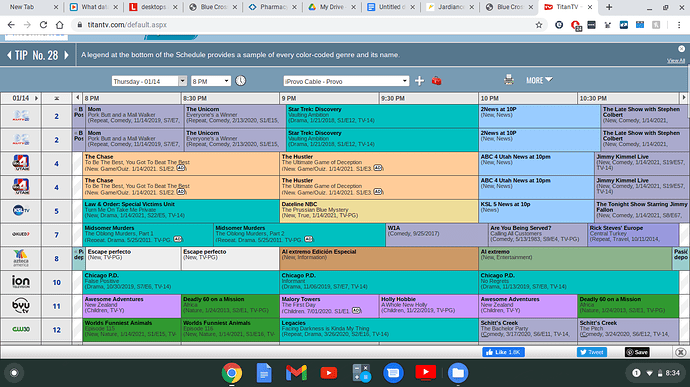 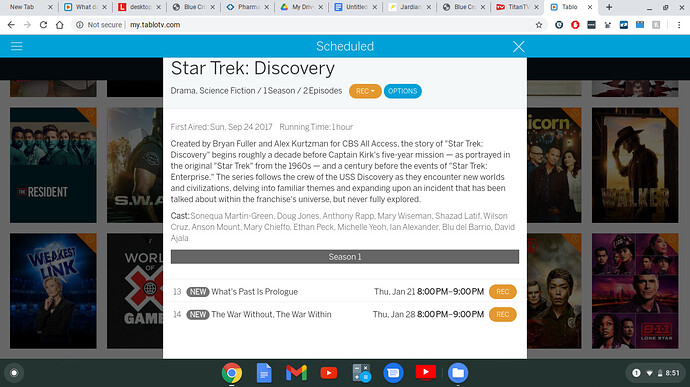 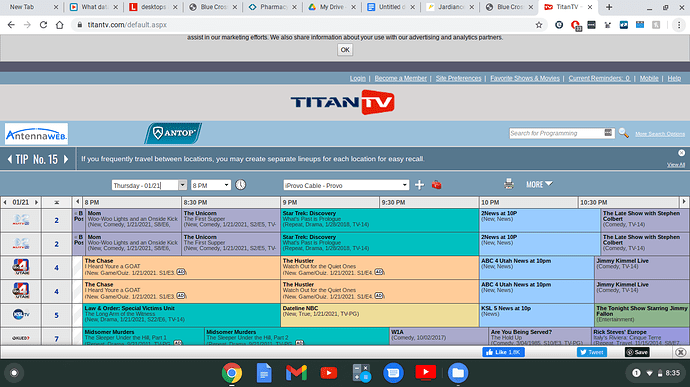 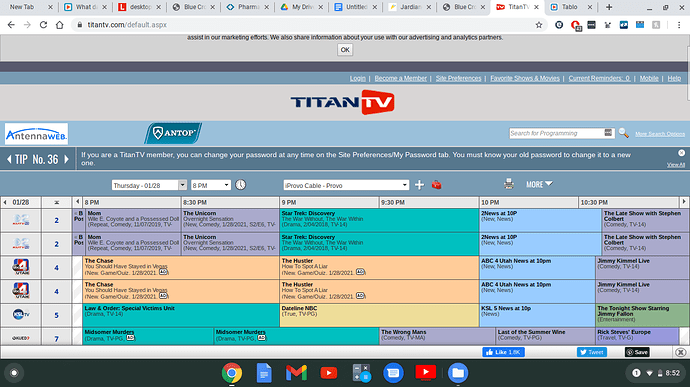 “Star Trek: Discovery” and 3 other shows have there time incorrect for (ch.2-1 - CBS, for Salt Lake City Utah) 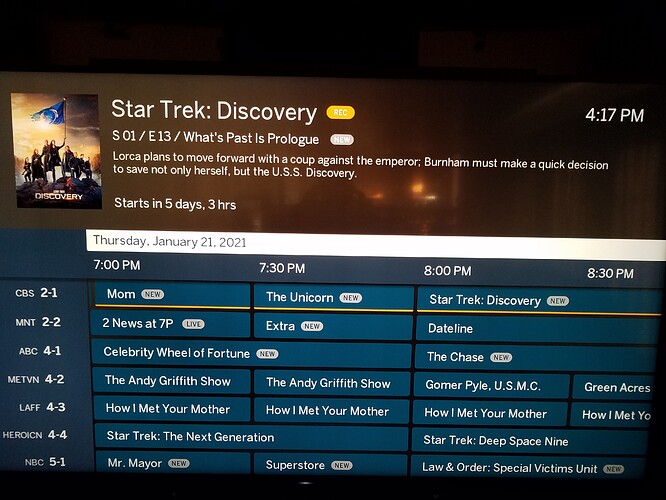 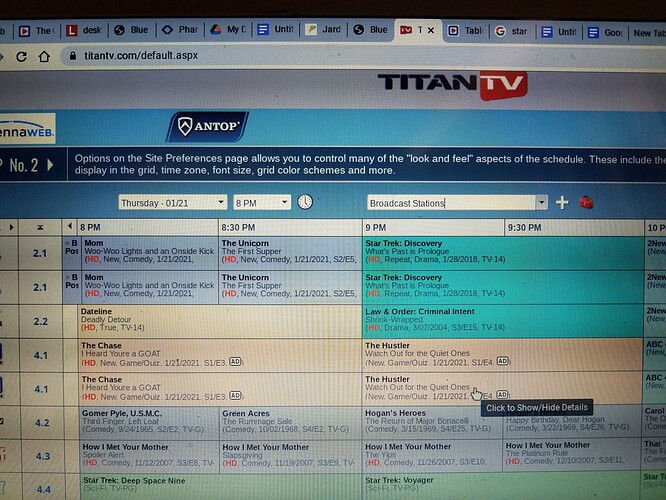 And as you can see from the screenshots before that TitanTV.com is correct because Tablo recorded ‘Mom’ and ‘Unicorn’ instead off ‘Star Trek: Discovery’ on the 14th

@tld @TerrainCrawler This is the result of a discrepancy between the Tablo’s time zone and your local time zone. The Tablo grabs its time zone information from the device you use to run a channel scan on the Tablo. Make sure your device(s) all have the right time zone information on them, and then open up the Tablo app and run a new channel scan: Settings > Edit channel lineup > Rescan> Add to guide. Keep in mind that if you have any kind of VPN or IP altering/masking service, this will inter…

What does the KUTV WEB site say. 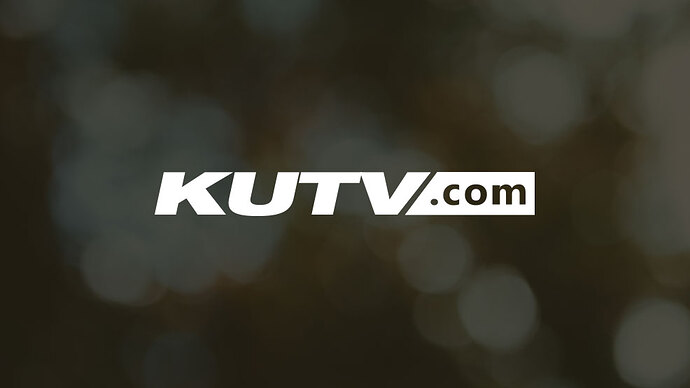 KUTV CBS 2 provides local news, weather forecasts, traffic updates, notices of events and items of interest in the community, sports and entertainment programming for Salt Lake City and nearby towns and communities in the Great Salt Lake area,...

The station website itself says ST D is on at 8 pm on Thursday. See below. Talk to the station if this is wrong. 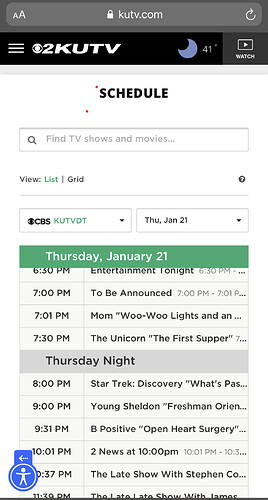 That is a good guess,
But I don’t think so because I have not had any other issues just that one show for now and it was working until the 14th, however before the 14th it was recording at 9pm not 8pm.

KUTV use to be owned by Sinclair Broadcast. Has it been sold to TitanTV?

If the actual station’s WEB site is incorrect maybe you need to report it so that it gets fixed.

Some guide providers actually get their data from what the station releases.

It’s not like TitanTV is correct 100% of the time.

What does the KUTV WEB site say.

You are correct apparently the Tablo Guide is correct for the 21st at least.
So what the heck happened on the 14th

See my confusion!
I don’t know what to think now…

Thank you for pointing my somewhat strait…

The station schedule could be wrong on the website! So see what the Tablo records this week at 8 pm. Well more see what is actually airing at 8 pm, like tune in live.

If the actual station’s WEB site is incorrect maybe you need to report it so that it gets fixed.

Good point, I will check into that

see what is actually airing at 8 pm, like tune in live.

Live?
what is that

Update,
The guide has been corrected!
On both KUTV and Tablo.
Odd That onlyTitantv.com had it correct.

So the station itself had it wrong?

Yes they did, it was ok on the 7th missed the 14th, and was fixed just a day are two before the 21st.