I purchased a used tablo 4 tuner . I’m having a issue. When I first set it up I didn’t factory reset it and tried it out. Watched about 45min of tv without any issues on my fire stick. Wake up this morning and try to watch a kids show and it cuts out after 9 seconds and looks like its buffering but it never loads and says lost connection to tablo. Reconnect and than same problem.

Same problem on directly wired pc and android app on my phone.

I’ve also updated the tablo. It is connected via ethernet. 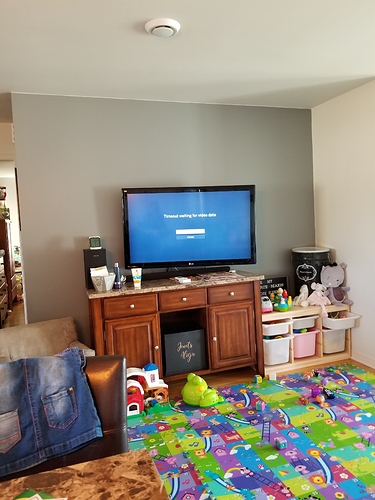 Did you let Tablo reformat the drive when it was connected?

Good morning,
It’s frustrating to have a ‘new’ toy and its’ giving you trouble.

Tablo seems to be pretty particular about the hard drive. There is even a list of tested drives that you might refer to. If you are using a drive that was flaky on another system, I would suggest getting a new drive or at least one that is known to be good.

Yes formatted. Weird that hard drive is a powered hard drive and it causes that type of problem. Weird issue. I’ll look to the referred drives .

If that did the trick then it would definitely point to a drive issue.

It’s possible that the drive has bad sectors. Support could try running some fixups for you but the best bet for long-term enjoyment is to grab a new drive: https://www.tablotv.com/setup-networking/#harddrive