Is Tablo planning on releasing a model that supports the faster 802.11ax WiFi 6?

Although the possibility may exsist someday they just released new devices last month, nothing about wireless changes 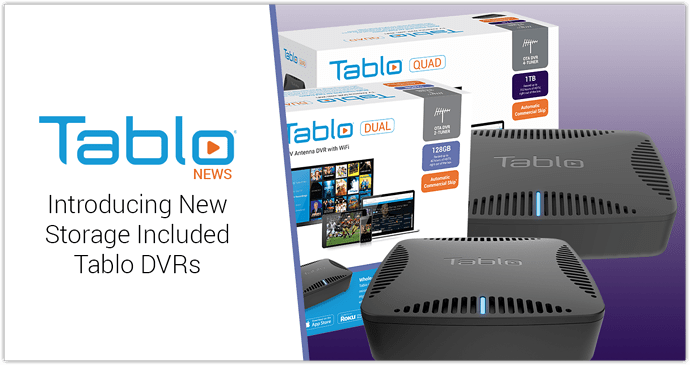 Likely “looking into it”, or “it’s on the road map”, and “coming soon”… canned boilerplate responses.

I would doubt it would happen anytime soon since 802.11ac is plenty fast for the Tablo, and so few people have Wifi 6 routers currently. It’s hard to justify a hardware price increase with almost no benefit.

The benefit of WiFi 6 is that it does significantly better at filtering wireless interference and provides faster speed for transmitting and receiving data. Both are beneficial for a Tablo with cloud DVR, let alone their other line.

It comes down to cost vs. benefit. I imagine the only reason the newer Tablos have GB ethernet instead of 10/100 is that GB ports are pretty standard now and have little or no cost difference. When WiFi 6 adapters cost the same as WiFi 5 is when I expect to see them on the Tablo.

The highest resolution of the Tablo is 1080, which requires 10Mbps bandwidth. Wireless AC and ethernet at 100Mbps are more than enough to handle up to 6 streams. Adding a “higher speed” adapter would result in higher costs, and very little benefit.

However, when ATSC 3.0 is up and running, and Tablo comes out with new hardware to utilize it, to utilize 4k streaming (25Mbps per stream), they will probably have to upgrade to 1Gbps and wireless AX.

I understand a person’s desire to vent from time to time - but your comment is so vague it’s nearly pointless.

Who’s blocking you? unless you pay… for what?

I know tablo charges for Cloud DVR, which you agree to pay for to store your recordings – it’s not unreasonable to “expect” to pay regularly to access your recordings.

Other than that, I’m not aware of any required fee - of course an internet subscription — which you knew going into this - you need to pay to watch your recordings.

This statement is not based on fact and is incorrect.

You do realize they offer a device that does this, their networked DVRs, right?. You simply didn’t research the two “categories” of devices they offer, a direct HDMI DVR and networked DVRs and chose the wrong one for your situation.

The definition of extortion is “the practice of obtaining something, especially MONEY, through FORCE…” which is what Tablo is doing by forcing me to pay for their subscription service in order to be able to access the recordings