The list of most recent recordings on the IPhone app lists recordings several months old. Does not seem to be a useful feature. 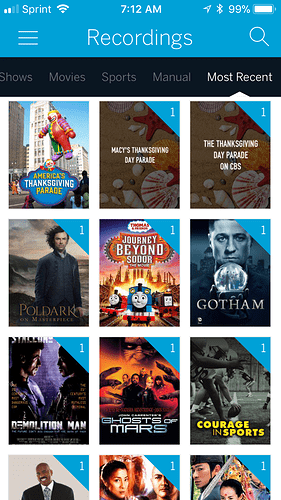 @Wolfpack Was your sync complete? If not, the data you were seeing could have been recent as of the last time you opened the iPhone app.

I disconnected from the Tablo in my IPhone app…cleared cache…re-synced…and still see Thanksgiving and other old recordings under the Recent tab.

The Recent tab on the Roku seems to work as expected.

Well that’s a doozy of a headscratcher.

I just checked mine and it’s working as expected.

What iPhone do you have? What iOS are you running?

I could try uninstalling and restart-installing the IPhone app if you think that advisable.

@Wolfpack Give it a shot. Can’t hurt.

FlyingDiver…I just read your post and you are correct. The IPhone app does seem to show all recordings with a bubble-sort most recent to last. I guess I was expecting results more similar to the Roku format.

Guess I am OK for now. 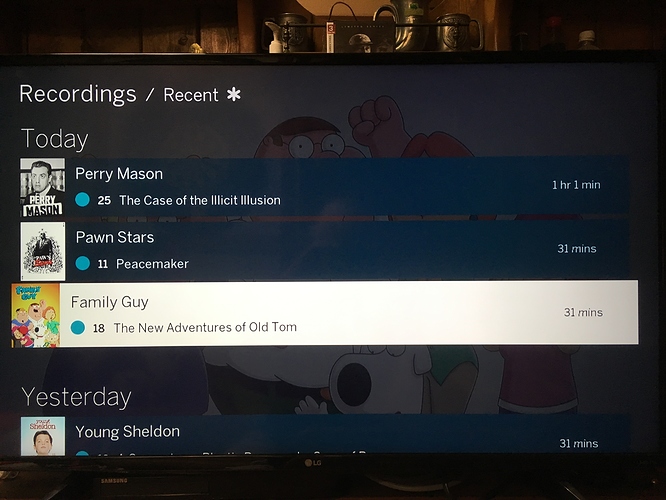 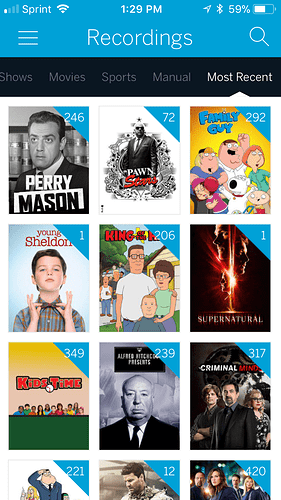