I’ve got some of the original tablo units with the older heat sink design.
These units are over 5 years old. They have never had a problem and I’ve yet to discover that they have melted into a puddle of silicon.

But I’ve always wanted place a pyrex cup of water on top of they units before I go to bed. Just to see if how hot my coffee water would be when I wake up in the morning.

Great idea, I mean Roku has its secret info screen and no harm come of it; would be great to see a little bit behind the curtain.

From my testing WiFi vs non WiFi makes very little difference. I would be curious to see a thermal image of the bottom of the Quad after running for an hour to so. Quick flip and shoot.

I just got a new Tablo Quad and it too was running super hot with an internal HDD.

For 9 bucks I bought a SATA Data and Power extension cable and now I run my SATA drive externally. I 3D printed a well ventilated cage for the drive to sit in. Not pretty but working great. And now I can use any SATA drive. It doesn’t have to fit in the Tablo case.

Not a bad solution.

This “RUNS HOT” issue seems to resurface every few months.
When I first got my Quad 4 back in September 2019, I had a similar problem where the unit would just disappear from the network. Unplug for a while and then reconnect and it would work fine. I ended up putting a cooling fan under the unit and I my problems were resolved. It was hot to the touch and had an SSD installed.

While I don’t recall the exact temps that I measured, I know installing my fan reduced the temps by about 25-30 degrees F.

Yep, the AC Infinity MULTIFAN S3 I got on Amazon for $12.99 shortly after I started this thread is whisper quiet on the lowest setting and keeps the unit cool to the touch. Its rubber feet fit perfectly under the Quad, blowing air up into the unit. Happy as a clam.

I have an SSD in my Quad and haven’t had any problems yet, but I did notice when testing the SSD before putting it in the Quad that it ran MUCH hotter than a regular HD. That may be a contributing factor.

Just hooked up my Quad today and first thing i noticed is how hot it ran. Can hear the fan and has ample air circulation. Will try the recommendation to use a fan to cool. Otherwise really like the ease of set up and performance!!!

Did I read your post correctly? You have a fan built into your unit? Mine does not have one built in. Mine sitting on top a laptop cooler.

I have found I I don’t touch it I don’t know if it’s hot… well my cat seems to thinks it a warm place to nap (yes, I have things in place to keep her off - but you know cats)

Yes it does, its the Quad with the 1TB internal drive. Even with the fan it was surprisingly hot. Before I read the community comments I was ready to call Tablo Support…

So does this indicate Tablo knows they run hot, and want to reduce warranty exchanges on the units that they sell complete?

Unless your Tablo is sitting on or under something that generates heat, or stuck in an enclosed space, it should be just fine. We can actually check to see if your Tablo is running within safe operating temperatures, so if you have a concern please touch base with our support team: www.tablotv.com/ask-tablo (One additional note - both Tablo DUAL and Tablo DUAL LITE have internal sensors that will turn the device off if temperatures exceed the safe operating range if - for example - your cat de… 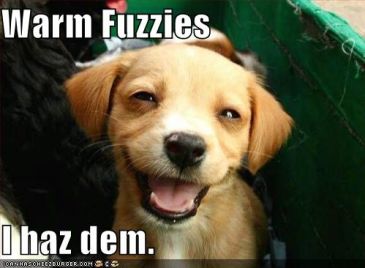 How Warm Should My Tablo Be? | Over The Air (OTA) DVR | Tablo

So does this indicate Tablo knows they run hot

Tablos definitely produce heat.
I don’t think they get hot, just warm.
My wife, and mom disagree.
They say you can cook eggs on them.

I have 2 Tablo 4-tuner units on the top shelf of a bedroom closet.
His, and hers.
I don’t share my Tablo.

Both use wireless to connect to the wireless router on the shelf below.
I don’t like wires.

Enabling wireless on a Tablo generates even more heat, which comes from the wireless chip.

No coolers.
No fans.
No ice cubes.

I started this thread and… I think I may be coming full circle. Even though the fan I was using was silent, I didn’t like the amount of dust it attracted, so I thoroughly cleaned the Tablo inside and out and I’ve been running it without any external cooling for about 6 weeks now. The unit is always warm and will get hot when in use, but it’s been working fine, and the 1TB samy SSD sitting inside will get as hot as it will get. I’m not checking. So far so good.

My Tablo Quad runs warm but not too hot to the touch. I have other electronics that generate more heat.
My small 120 Gig external drive never gets warm even when recording two or more shows at the same time. The Table gets slightly warmer.

Just for fun I placed a laptop cooling tray under the Tablo and in less that 1/2 hour the Table had no feeling of heat. The fan is off and the Tablo still does not even feel warm and hour later. Not watching or recording at the moment.

Will test the fan this evening by recording a couple of movies at the same time.

SSDs are great (I’m using one), but they seem to run much hotter than a standard hard drive. If having a heat issue with the Quad, maybe just use a standard drive in the internal SATA drive bay.

For a while I used an external USB Samsung T5 drive (now model T7), for whatever reason that never got warm at all and worked well.