Tablo HDMI with and without a subscription

There is some confusion about the Tablo Dual HDMI features with and without a subscription. Complaints and questions are spread all over the forum and resurrecting otherwise dead threads. Let’s have a discussion and I’ll update this initial post if I miss anything.

Here’s the product and description at the link below. 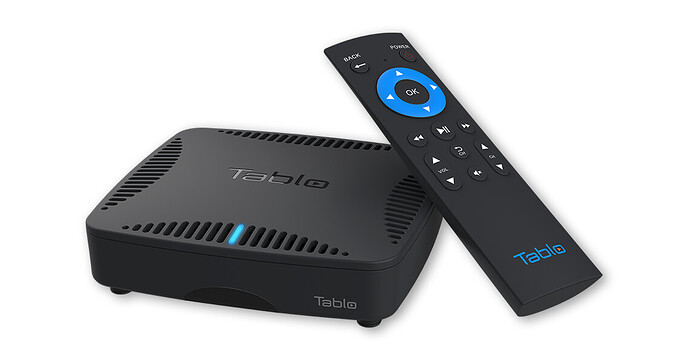 The Tablo DUAL HDMI Over-The-Air (OTA) DVR is our first DVR model that connects directly to your television.

What important points am I’m missing?
Is there any guide data without a subscription? 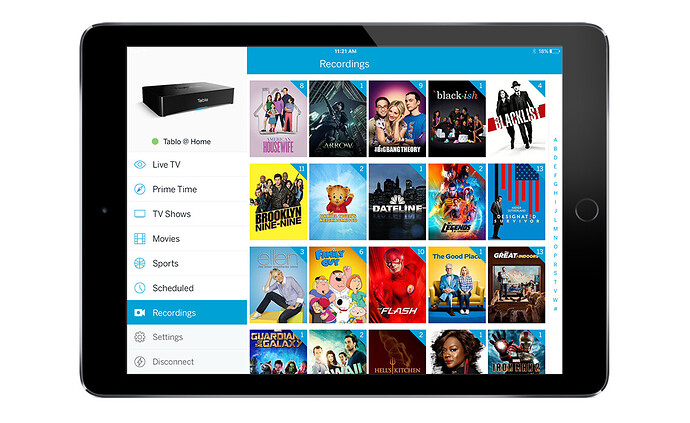 The initial bog announcement “Introducing a Different Kind of Tablo OTA DVR - Tablo DUAL HDMI” only read you could stream to 2 TV with certain devices - no mention of a required fee. It appears to have since been edited

I have linked it, I know it didn’t at one time as I have the excerpt with this post.

But that’s just one single occurrence - or was. You can only buy them via tablo’s online store - which takes you to the product page you referenced.

If you read one page and spend $150, passing over everything on your way to [Pay Now] It’s likely you have cash to toss around, or it may not be everyone else’s fault.

If it’s within the 30day return period, make life easier and return it.

I don’t recall all the details so I won’t comment on that. The HDMI version as it is was never an option for me. At minimum I want 4 tuners. My eyes basically glazed over after that detail. It sounds like there aren’t any good ways to pull media off the hard drive either. If that’s true it’s a deal breaker for me even if they add extra tuners. I would rather go the Plex route in that case. One other feature I like from the original Tablo is the compression which doesn’t appear to be an option of the HDMI version. It would be nice have compression as optional.

It sounds like there aren’t any good ways to pull media off the hard drive either.

There is a post from tablo saying Tablo Ripper does work with it - no specific details.

Quick update… Our CEO just tested Tablo Ripper and it worked as expected. As long as your playback device can decode MPEG2, it should be A-OK. (CC @cycleJ)

It’s likely you need a subscription since technically (pretty much all 3rd party apps) stream via ffmpeg to create mp4 files, no further details I’m aware of. As tablo doesn’t really support 3rd party apps, and developers don’t have $ to spend on devices just for development. Not sure if you need CEO clearance either

One other feature I like from the original Tablo is the compression which doesn’t appear to be an option of the HDMI version. It would be nice have compression as optional.

If I knew there were ways (with or without a subscription) to export recordings, I liked the idea of native or near, recordings. But then thought it was screwy charging a fee to stream in your own house. (sure I’d likely have a guide subscription, just seems screwy)

Glad to hear Tablo Ripper is supposed to work with the subscription at least. I hope OTA2go also works well.

If I could have saved recordings without all the work of removing the hard drive from my old DVR and connecting it to my PC I wouldn’t have bought a Tablo at all. That’s literally the only reason why I was looking for a new DVR.

I wonder if you get 24 hours of guide data without a subscription like the OG Tablos do.

I have - and enjoy - the HDMI Duo & subscribe to the guide.
.
No serious complaints, but one convenience I do miss from the cable system we previously had (FiOS) is the ability to find & set shows to record, delete recordings, adjust settings, etc. while a smaller display box continues to play the audio & video of whatever was being watched (live or a recording) on the full screen prior to having decided to also manage recordings.

I thought I could effectively do the same thing by downloading & using the Android app to manage recordings while continuing to watch my program on the “big” screen . . . until I figured out the app doesn"t work with the HDMI Duo. I suppose there’s a good tech reason for why the app can’t/shouldn’t playback video programs or recordings, but why not allow the app to work with the HDMI Duo just for using the guide, managing recordings, or even as a more effective remote control?

In the 1st place, I think Tablo really should be more up front about the app not working with the HDMI Duo. But if the reason it doesn’t because there’s some problem with using the app to view programs from the HDMI Duo on a smartphone, why not at least let the app function with the HDMI Duo for non-play/playback purposes & describe it as a feature?

Tablo is pretty good about listening to user request as long as you make your request known. They do user surveys to figure out where they need to go in the future.

I think your idea is a good one. I have also wanted to manage recordings while watching a show. They do read the forums but probably not every post. I recommend filling out the survey next time it comes. We just had one you may have missed so I don’t know exactly when the next one will be.

So far as the app compatibility it’s possible you will get app compatibility at a later date. Your model is pretty new. I recommend seeing if you can use a web browser on you tablet, computer, or phone in the mean time. http://my.tablotv.com/
EDIT: Chrome usually works best for me.

. I recommend seeing if you can use a web browser on you tablet, computer, or phone in the mean time. http://my.tablotv.com/

There’s been many repeated post about this not working - so if you try and it doesn’t, not get irate

It blocks external devices without a subscription, unlike their previous models…

Recording from the Schedule is disabled without a subscription, unlike their previous models.

It changes the sorting order or recorded shows without a subscription vs with one, same as previous models.

It does not save show titles or description without a subscription, same as previous models.

Sorting by recording category is disabled without a subscription, I never used them but It would be nice if they just went away instead of having to click past them.

Thumbnails disabled without a subscription this should be option with one.

Ability to record only episodes marked as new is disabled without a subscription.

Thanks for the info!

I don’t have any experience with the new model and I have always had a subscription. I bought the lifetime subscription. All I know on those topics is second hand. I don’t personally see the new version as an upgrade but rather I see it as a device for a different type of user. I can’t see myself buying a new Tablo until they have something that works with ATSC 3.

You can not use the HDMI version with your subscription. Do not get them. I would have been happy with a downgraded HDMI version IF I could have used it with a second TV as promised. You can not. They purposely block you to extort a fee you would otherwise not need for their useless services. They know it is not worth $5 per month for what they are offering so they extort you by disabling your machine. You are not paying for services. You are paying extortion money to re-enable it. I find a disgusting way to treat your “customers”. Make them suffer or pay. That is their new business model, unfortunately.

You can not use the HDMI version with your subscription.

Yes you can. Please stop spreading false information. I have a lifetime subscription from May 2014 and I can add an HDMI Tablo to it for free anytime I want for all the fun features, no extortion.

Yes you can. Please stop spreading false information. I have a lifetime subscription from May 2014 and I can add an HDMI Tablo to it for free anytime I want for all the fun features, no extortion.

I think “we” those with the old subscriptions got a grandfathered deal that let’s us add a Tablo to an existing plan. Anyone past a certain date that I don’t remember are limited to one Tablo per subscription. They can however transfer the subscription to a new Tablo.

Anyone with an existing subscription can transfer that subscription to any other Tablo at any time. This has not changed and is not affected by grandfathered status or device type.