I’ve had the 2-tuner for couple of years. It works greats. However, during prime season (i.e. now), I sometimes run into the issue where I want to record more than 2 shows simultaneously. My initial thought was to get a 4-tuner and sell my 2-tuner.

But I believe there was some talk on these forums about how the newer Tablo Duals have a better tuner set-up and may be able to get better results from marginal stations. Has anyone got any experience with this?

The majority of the stations I pick up are 3 to 5 dots on the quality and I only ever have recording artifacts when the weather is bad (the TV also has problems at those times). There are 3 stations I would like to be able to record that are right on the edge of my reception capabilities (mostly 1 dot). I can only record these last two stations in the middle of the night or when the cloud cover is just right.

If anyone happens to have a similar experience and has compared the Dual to the older 2 (or 4) tuner, can you let me know your experience.

P.S. can you please get some more stock in Canada?

Here is my experience. I have the original 2-tuner as well as the Dual Lite. Both are located in my bonus room on the 2nd floor, and both have a Mohu Leaf indoor antenna attached.

When I put both antennas right next to each other on my wall, I get 5 green dots for every channel on both Tablos. Neither one picks up a channel the other can’t.

What is strange is I if I move my Dual Lite antenna a few feet away from the other antenna, there are a subset of stations that are just 3 dots (and sometimes 1 dot). Maybe my original Tablo’s antenna is in a sweet spot, since moving my Dual Lite’s antenna next to it certainly helped. But I have a hard time seeing where the Dual Lite has any better a tuner than the original.

Why wouldn’t you use one antenna (in the optimum spot) and share it between two Tablos? Is each antenna pointing towards separate stations?

BTW 5 green dots does not paint a true picture. For example, I have a station that comes in at 75% signal strength on my Homeworx DVR. The LG TV’s tuner shows it at 90%. A 15% difference between tuners. The Tablo has 5 green dots. Is that reflective of the 75% or the 90%?

Sure, I could just get a splitter and connect them both. I just had the extra antenna available, so I used it.

BTW the 5 green dots may not even be measuring signal strength in the abstract. It may be a measure of the amount of signal required by the Tablo’s tuner to latch onto for stable reception.

I’ve observed in the past that the Tablo will report ANYTHING as 5 green dots that enables it to receive a continuous, serviceable signal. That may be from 50 to 100% - anything in that range.

My guess is that the Tablo will report a signal as 5 green dots even if it is not physically strong but is consistently serviceable without errors.

The problem is also that each manufacturer has his own way of measuring or evaluating “signal strength.” They all have their own equations and algorithms. A purpose of ATSC 1.0 was that it would be immaterial whether one had a signal strength of 50 or 100% as long as one was able to lock in the signal for serviceable reception. So Tablo is saying that when one has 5 green dots, one has that lock…and that is a relative measure, not a measure of an absolute physical quantity. The question then becomes, “A lock over how much time?”

I, too, have been using the original 2 tuner unit with great satisfaction, My main impetus for getting the new (to me) OTA Dual lite is for Wi Fi access using the 5g speed that results in a cleaner installation (no ethernet wires) a stronger signal needed for a 4k TV.

Both antennas get the same reception at different spots? Sometimes it is a matter of inches…

How about this for a powerful indoor antenna? 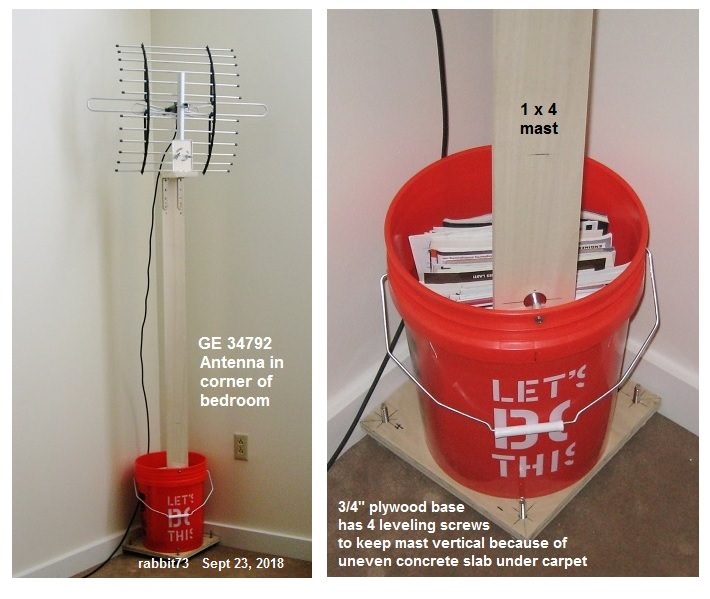