Would it be possible to add SEASON buttons for recordings on the Roku app like the PC App has? 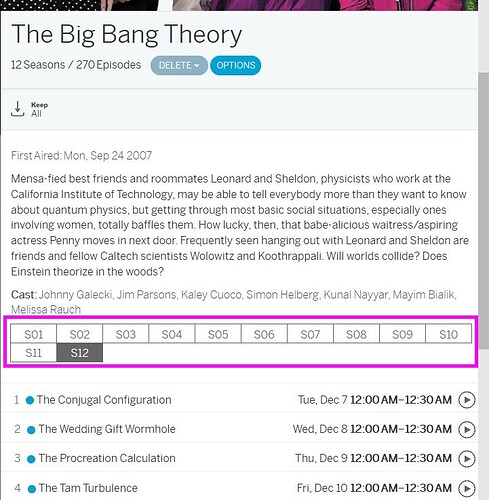 Maybe they can add this to my request to be able to sort (and edit) the recordings.

That’s definitely something we plan to resolve, but I don’t have an ETA for when it might be done.