Recording failed due to weak signal. But

I have seen the “recording failed due to weak signal” message before but not while the show was on air. I have a show set to automatically record on a channel when ever it is on. Usualy it is not an issue. Yesterday there were two of the show back to back and I decided to check on the recording. It had stopped after 6 minutes. Then it showed as " recording failed due to weak signal". Since I was there I decided to see if the signal was indeed poor. It was not. It was fine and I watched the last few minutes live. I have gotten this error once from a local station that is a couple of miles away once too but could not check at that time. Any one else run into an issue like this? What say you, Tablo gurus? IMG_3738|666x500 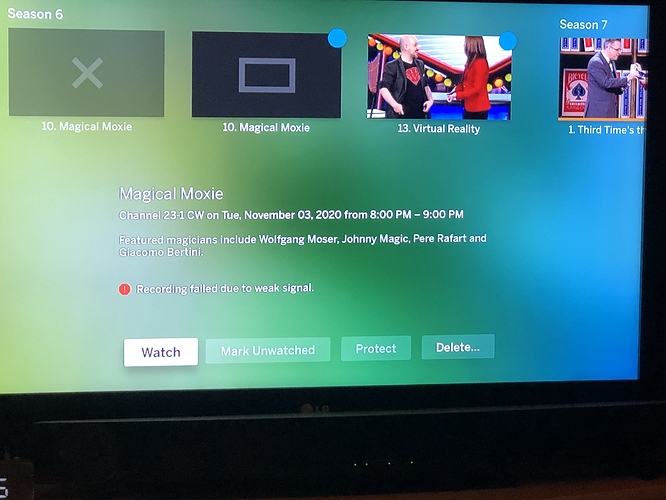 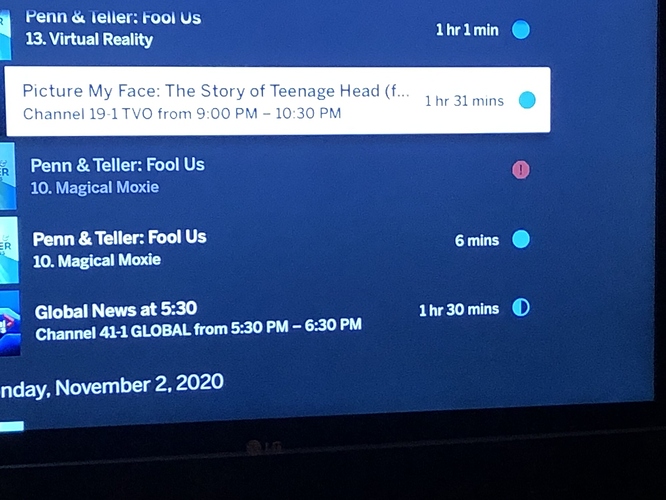 Yes, at times it seems, almost to be generic error message. I hadn’t had it lately… I don’t really have reception issues, at all. A couple months back I’d get more than usual, it was suggested the “heat” and atmospheric conditions may have had something to do with it.
There are and can be so many variables in play at different times, it went back to “normal” so I accepted it. Good luck with your struggles.

I did have a segmented recording this past weekend with chirping, but never said the signal was weak.

In my case, when it happened it was because the signal was too strong. For trouble-shooting, I connected the antenna cable to a little TV I have that can show signal level by channel, and the channel that was giving me trouble was actually the strongest. I had put a pre-amp in the coax line to help with a couple of low-power stations. Removing that pre-amp got rid of the once-in-a-while signal glitching that I’d been having.