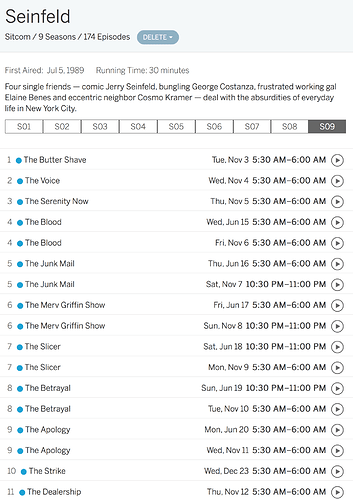 This has been going on for quite some time. Why are duplicates not fixed yet? It’s recording from the same channel. I am trying to pick up a few missing episodes but its a pain having to go and keep deleting duplicates.

FYI for anyone following this, we’ve made contact with @koltasi, and we’ve got his logs to analyze now.

Duplicates are still recording. Any progress?

We’ve managed to isolate this to a bug a few releases ago. Certain recordings were considered to have ‘errors’ in them even if there was no error in the original recording. This caused the Tablo to think the recording wasn’t successful, and subsequently record the same airing should it come up again (regardless of the ‘no duplicates’ feature being checked).

This has since been fixed (in 2.2.8), and recordings haven’t been marked with this issue since.

In order to prevent this from happening in the future, delete the oldest occurrence of the airing(s) - before 2.2.8 rather than the newest recording. This will prevent the Tablo from further recording duplicates of the same airing. Hope this helps! Let me know if you have any other questions.

“In order to prevent this from happening in the future, delete the oldest occurrence of the airing(s) - before 2.2.8 rather than the newest recording. This will prevent the Tablo from further recording duplicates of the same airing.”

So basically everything I have recorded, I’ll either have to manually delete the older version every time or delete over 170 episodes of Seinfeld and just start over? This occurs as well with Blue Bloods and I’m up to 123 episodes on that season pass. This is the official solution to this issue? 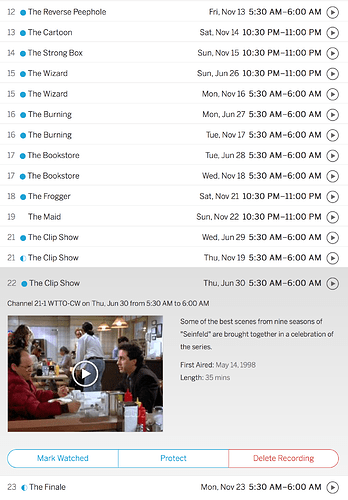 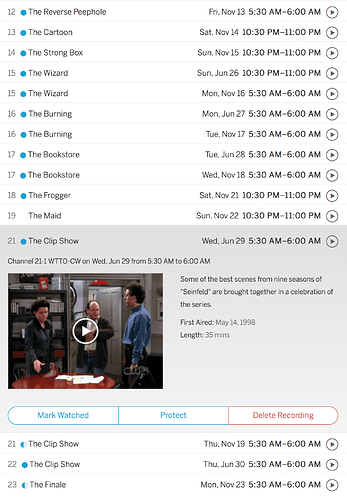 @koltasi You certainly don’t have to delete all the airings - just the oldest ones that are triggering duplicates.

Better yet, if you send our support team a note, we should be able to set up a remote session and do this for you. We’ll make a change that will prevent further duplicates from being triggered.

I’ll pass. I have deleted all 170+ of my Seinfeld episodes.

I have a similar issue where I just got a new episode recorded. It has the same episode # as another episode, but it is definitely new. The first aired date appears to be wrong according to thetvdb and wikipedia. Just aired on 7/4. It should be episode 20. 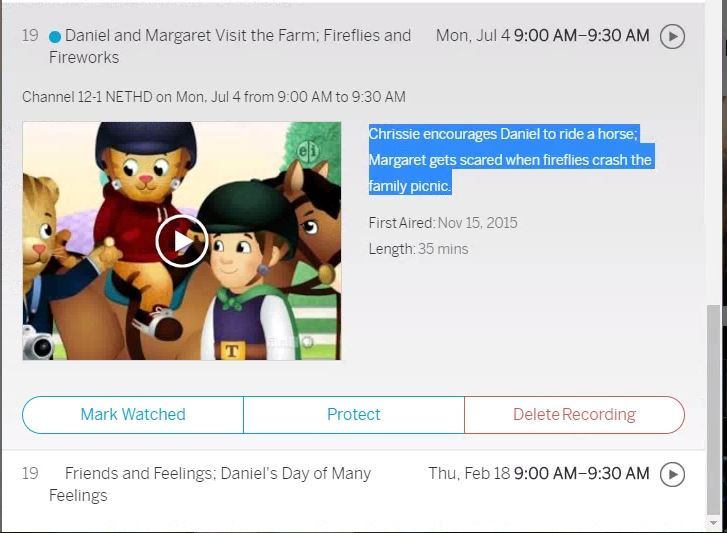 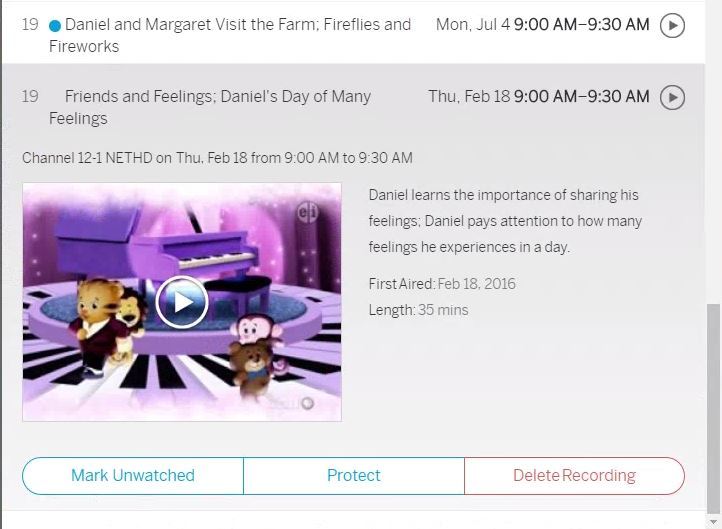 What’s up with all the duplicates? I never had 2.2.8 as I bought the Tablo to use with my ATV4s when the app came out. I’m trying to get some missing Seinfeld episodes and they’re taping duplicates even when I checked off duplicates…

Are these duplicates recording from different channels by chance? If so, it is possible the guide data has different episode IDs for each episode even though they’re the same.

Nope, all from the same channel 5-2 CW. The episode descriptions are also identical from what I can tell.

Drove me crazy for a time, until I figured out the episodes I already had were incomplete, and that’s why the Tablo recorded them again.

But these episodes are actually complete and I’ve watched most of the original ones. They don’t seem to have any recording issues. And it’s not like it’s skipping episodes… all of season 6 and 7 are being duplicated.

Ah, I’ve had that happen, too.
For me it was old TV series episodes on a particular channel.
I think that’s a guide data issue that @TabloTV can help you out with.
Open a support ticket to let them know.

So…after I deleted all of my Seinfeld episodes back in June, its STILL recording duplicates. You guys said this issue was fixed.

@koltasi Can we take a look? If you can get your Tablo into remote access mode, we can grab the logs and see what’s up. I can PM you the instructions if needed.