Long story, but I no longer can access the nearest tower, although several further away appear in all scans. After a week with an open support ticket, multiple reboots & remote accesses, and dozens of channel scans, I’ve been told my WDElements hard drive is failing, although I don’t see how that means my Tablo can no longer pick up the most readily available channels. I was told that any 8 TB or smaller HD is fine, but preferably one with its own power supply. Now I’m totally confused, as I thought I had the #1 recommended drive. Without access to ABC or CBS, I’d prefer to reinstall cable than buy another hard drive, which I’m not convinced is going to magically tune in the now-missing channels. Suggestions? 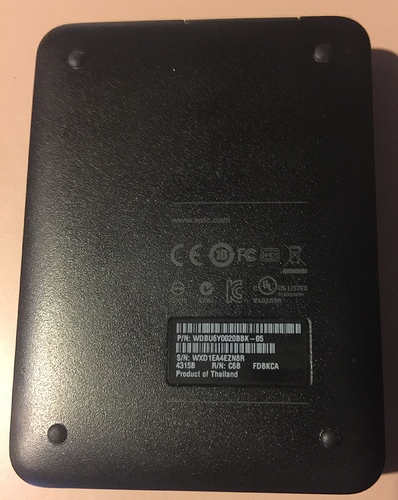 Have you tried running it without any drive attached? That’ll at least tell you if the drive is causing problems.

Also, just because you have a recommended drive doesn’t mean that specific unit isn’t failing.

Lastly, are you using an amplifier? Because if it’s the NEAREST tower that you can’t get you might be overdriving the signal.

I accept that this drive is failing - I’ve run it hard for a year. I was surprised with the recommendation specifically to get one with its own power supply - that seems a new criteria. I don’t mind buying a new hard drive, but I can’t comprehend how that’s going to fix a channel scan.

No amplifier. I have a Mohu Leaf indoor antenna, direct-connected to the Tablo, Tablo with Ethernet connection & Wifi to Roku 3s. Problem began with a failing Tablo, which was replaced. With the new Tablo, I lost the 2 most important channels, both of which still appear if I plug the antenna directly into the tv.

The Mohu has an optional noise suppressor, which I disconnected for several rescans. The result was that I lost a few channels, but did not gain the 2 newly-missing.

Most TV’s have signal meters. I assume that the TV shows the missing signal at 100%? I assume you have played all the games of reseating the coax cables into the splitter and from the splitter to the tablo. Swapped splitter ports to ensure the port isn’t flakly or going bad.

tablo can have some unreliable channel scans. Since you can’t add just one channel but must replace the whole list, once you have the list you want I avoid updating the channel list like the plague.

No splitter. I would never have rescanned, except I had to with a new Tablo. I’ve rescanned 100+ times in the past week. Same result every time.

I have never heard of the Mohu Leaf having a noise suppressor. It does have an optional amplifier - the Jolt. The only thing that qualifies as a “noise suppressor” would be an FM filter which Mohu does not sell. It would be helpful to see your TVFool report. 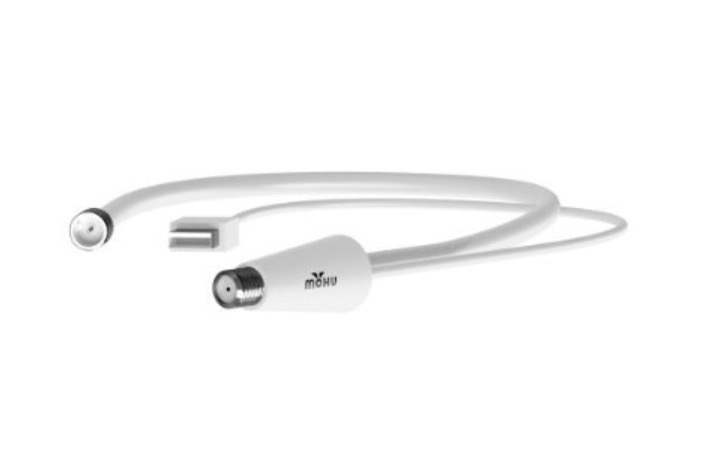 Apologies. This thing - amplifier? Without it, I lose several channels, but still don’t get the ones only 7 miles away. Regardless - is there any way a new hard drive is going to pull in the two wayward channels?? I sure don’t understand all this technology, but that sounds hinky to me.

Mohu power amplifier sometimes called power inserter. So I assume you are using either a mohu leaf 50 or sky 60 since the amplifier comes with these products.

Yes, Mohu Leaf 50. Nothing at all changed with my set-up…except for a replacement Tablo. If I plug the old one in, it has retained my guide settings, with the proper channels, but recording with it is hit or miss. Frequent “no tuner available” errors, when it is not otherwise in use, and all 4 tuners are available. Tablo kindly sent a replacement unit, and I’m supposed to return the old one. Today they said to replace my hard drive, but without those two channels, I’m back to cable anyhow.

Yes that is the Mohu Jolt - an amplifier. What could be happening is that this amplifier is giving you the distant channels but is overpowering the Tablo tuner on the close channels.

Here’s what you can do as a test to minimize the effects of the amplifier on the close channels. Place the amp back in. Run the coax from the amp to a splitter. That will lessen the effect of the amp somewhat on all channels perhaps allowing the close channels not to overdrive the Tablo while keeping the distant channels. Run a cable from the splitter to the Tablo and another coax to the TV.

Amp plus splitter may do the trick. This amp is not particularly powerful so the splitter may mitigate the effects of the amp on the close channels while retaining enough power on the distant channels. A splitter is only two bucks.

The reason you may have thought that this amp is a noise suppressor is that it does filter out spurious FM signals that may interfere with the VHF signals the antenna receives.

Thanks so much for the detailed response. But…I don’t ever direct connect the antenna to the tv, except during this jacked-up test. I can decipher the splitter recommendation, but it would require significant cable runs to get connection simultaneously to a tv & Tablo. I do understand the concept of over-amping the Tablo, but everything worked perfectly until I got a new Tablo.

What I can’t understand is the Support recommendation that a new hard drive will fix this. Without those two stations, I need cable, not Tablo…the solution which was perfect for almost a year.

Then you can leave one end of the splitter unconnected. Reception patterns can shift as seasons and temperatures change.

I’ll try that - thanks! Cheap fix if it does the trick!

Have you tried running the Tablo without the HD?

Disconnect the power to the Tablo, disconnect the HD then power the Tablo back up. If the missing channels reappear then it is the HD.

I had a WD elements HD go bad on me that caused all kinds of problems. I’ve had no issues since replacing the HD.

Another tip. Aiming the antenna more at the distant, weaker channels and away from the closer, stronger channels may also help if the amp is inline to mitigate the overdriving signals. People have used this trick when they have a cluster of strong and weak signals when placing an amp in the chain.

Many thanks to all. Several good ideas to try. Still got to figure out which desktop hard drive to buy, since Tablo support is now recommending against the portable ones which draw their power from the Tablo.

Thanks! I think I tried this a few days ago, but will try again, as I didn’t know exactly what I was looking for.

Can the Tablo’s heat issues stem in part from powering the drive?