What is the purpose of the power button on the Tablo Dual HDMI Remote? I know what I expected it to do, but it doesn’t actually power off the machine. And as such, I am not aware of a way to power off the unit, short of unplugging its power supply.

It’s to turn the TV on and off.

The remote included with TV-connected Tablo DVRs like Tablo DUAL HDMI can interact with select televisions that support something called CEC (Consumer Electronics Control).     When CEC is enabled...

The Tablo is designed to be on all the time so it can record scheduled shows.

Why would users want to “power off” a DVR they’ve scheduled to record shows at basically random time through out the day during the week? It’s very unlikely users would want to schedule and then have to remember to power the unit back on the record the shows.

Most DVRs would treat “Power Off” as standby mode. No UI, reduced electric draw.

Actually, unlikely. I mean, maybe you save some tiny fraction of a watt.

Ya asked for Power Off… not stand by. Your reasoning, having the server with the UI screen constantly “ready” uses a measurable amount of electricity? and this is going to be just outside of your acceptability?

Actually, if you read my post you will see that I asked “What is the purpose of the power button on the Tablo Dual HDMI Remote?”. And yes my expectation is that it would put the unit into standby mode. Is that ok with you?

Most DVRs would treat “Power Off” as standby mode. No UI, reduced electric draw.

My Dish Network DVR’s power off was really a standby mode.
I think it drew more electricity when ‘powered off’ than my 20 year old refrigerator does when it’s ‘powered on’.
It did keep the house warmer in the winter, though.

Actually, if you read my post you will see that I asked “What is the purpose of the power button on the Tablo Dual HDMI Remote?”. And yes my expectation is that it would put the unit into standby mode

You questioned the remote… and referenced “powering off” your tablo device:

know what I expected it to do, but it doesn’t actually power off the machine. And as such, I am not aware of a way to power off the unit, short of unplugging its power supply.

I responded and power off was swapped to stand-by - “standby mode” was not mentioned in the first post I replied to in the beginning. Isn’t this ok?

Sure, and then you challenged me on “powered off” and I modified my definition to indicate that by saying that I meant “stand by”. Obviously I want scheduled recordings to happen even when the unit is “powered off”. Is it ok if I expected that I would be able to place the unit into “stand by” mode? And that I would expect the “power” button on the remote to do that? Isn’t that a reasonable expectation?

Okay, Power Off doesn’t do what you want.

If it’s that critical a problem, you can hope and pray that in the near term Tablo will change how their code and the PixelWorks OS works. Or you can either live with the way it currently works or move on to a product that works the way you want. 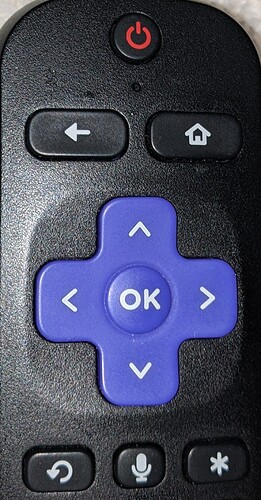 I’m not asking them to change it. I asked what it did and got my answer. It just wasn’t what I expected. Everything after that has just been people trolling me. Because I have the audacity to have had an expectation different than how the product was designed. Ok cool

@William_Gregg how do you like your HDMI Dual?
Picture quality pretty good?

Picture quality is good. It’s been buggy though. Way too many audio dropouts. Most times I go to use it for the first time in a day it is unresponsive and I have to manually power it down. I have disabled the screensaver which so far has helped.

I kept getting a fatal error just scrolling through the guide, but since the last firmware update that has improved. I’d give it a B-/C+ so far. If they can fix some of the issues through additional firmware updates an A grade is achievable. I hope they get there.

I have had a Network Tablo for some time, and the software has gotten much better over time. It’s likely the HDMI software will improve as well.

Do you have a Roku or FireTV? Accessing the HDMI that way may be less buggy.

Way too many audio dropouts.

This is weird since it is the native MPEG2 stream and directly connected via HDMI to your HDTV. Maybe try a different HDMI cable?

I’m on my second cable. A couple of times the unit throws an error that the audio can’t be decided. And twice there hasn’t been any audio on any channel or recording despite the picture being flawless. A hard reset fixed that.

FWIW I have a network Tablo and love it to the moon and back.

But since your Roku has no indicator LED… you don’t know if it’s actually turned off? Just the TV?

Some Roku units such as the Roku 3 Model 4200 has an LED light on the front of it. Also Roku devices never completely turn off, there may be a standby mode but you wake up the device by pressing any key on the Roku remote. The power button on newer Roku remotes is strictly for the TV.