I initially had this working fine. Then my router from Rogers ( Hitron CODA-4582u)died and the new one is giving me issues setting up port forwarding. Oddly the new router gave the Tablo a new static IP. This is a grab of Tablo settings showing the configuration it wants. 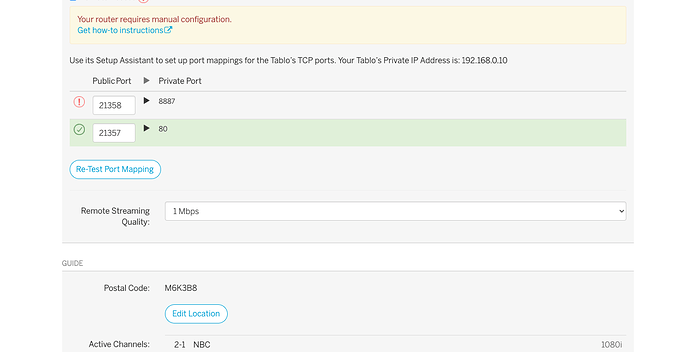 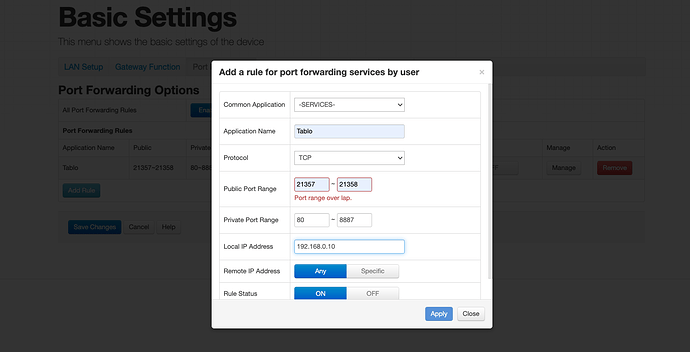 If UPnP doesn’t work than turn it off.

You can’t have it on and do manual port forwarding at the same time.

You need to set up two rules.

i’ll give it a try

UNPNP off. No difference. Should I be changing services header to something? 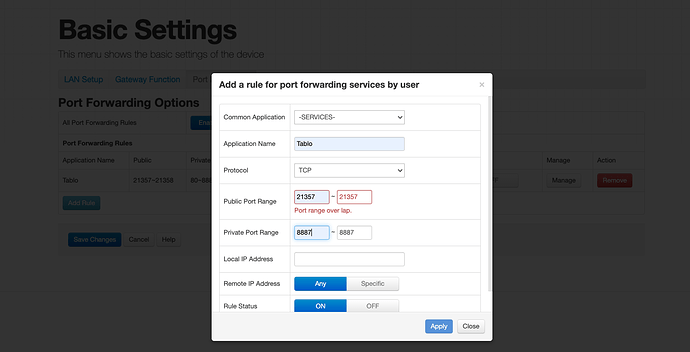 In the background I see that you already have a rule that covers that Port Range.

You need to delete that rule.

Yeah that did it. Thanks for your patience.

If UPnP doesn’t work than turn it off.

You can’t have it on and do manual port forwarding at the same time.

Yeah some one else suggested that too. So I did. Problem solved.

For the same device?

I kinda thought it was one single port forward for port 80 and a separate one for 8887 - no range grouping them into one setting?

For the same device?

I was talking about having both UPnP and Port forwarding active for the same device.