Poor reception BS after upgrading to 2.2.8

Funny how after upgrading to 2.2.8, now I’m unable to tune in to some 1080 channels in my area. I can watch the channels fine directly on the my TVs thru the same splitter/antenna my Tablo is connected to, but Tablo is unable to find them when scanning. I never had this problem with previous firmwares. Anyone else experiencing the same?

PS-> I know some experts here and Tablo “suckers” will question my setup, as far as antenna, splitters, and other hardware, or even offer weather excuses for it, so let me save you the time by pointing out it is not due to any of that. My setup works fine, nothing went bad with my equipment, no issues with my network, no issues with my hardwire cables, etc… Only difference is the new firmware on this garbage hardware.

I’m still on 2.2.6. All available channels in my area are coming in gangbusters with my newly improved antenna system. From what I’ve been reading I think i’ll stay where I am.

Yeah, I wish I did the same and stayed with 2.2.6. I was having other issues, but at least I was able to view/record from all available channels in my area. I sent support a request to push 2.2.6 back to my Tablo. Let’s see how long before I get any responses.

I’ve had similar issues since updating.

All I know is marjar / rodger’s Plex app works okay, so there can’t be any problems.

Contact Tablo Support directly with a Support Ticket. They can remote in to your box and confirm actual signal levels on channels you’re having problems with. It could be an entirely different issue as well, people have gotten weak signal errors due to HDD issues.

It is entirely possible they introduced a bug into the tuner software and results in different sensitivity to signals. While unlikely since more people would likely be affected by such a giant insect.

You know they kind of are. I have been with those guys over on the Roku forum for years. I happen to have a different user name on the Roku forum so they probably don’t know who I am here. I don’t always agree with them but they have been doing this stuff for a long time now, just like me. And for the most part I kind of agree with them. Sorry guys. The update is working well for me. I suspect that you guys have a semi weak signal and/or your Tablo is sitting at a weaker position off your signal splitter or something along those lines.

I’m not a Tablo defender, and 2.2.8 did not affect my reception.

That’s not to say that Tablo didn’t screw something up that only affects a small number of users, but it’s not a widespread problem, assuming it’s a problem at all.

One thing to be aware of with splitters is that the signal distribution on each leg of the splitter is not equal. On a two-way splitter, the signal is divided in half. However on a three way splitter the loss is 25%, 25% and 50%. That is known as an unbalanced splitter. A device using the third leg will be getting less signal than the other two devices.

A four way splitter loses twice the signal amount on each leg that a two way splitter does (7.4 db vs 3.5 db). Companies used to mark on the splitter itself how much loss there is on each leg but they seldom do that any longer so it’s difficult to see where the most loss is in order to hook up a device to the least loss leg.

Agreed, but some users think their splitters are lossless.

Agreed, but some users think their splitters are lossless.

One wonders whether it wouldn’t be better to buy a small 2 port distribution amp rather than a two way splitter in an iffy or ambiguous situation. The prices are different of course ($2 vs $30). I decided not to take a chance with my drops and got a 4 way distribution amp. 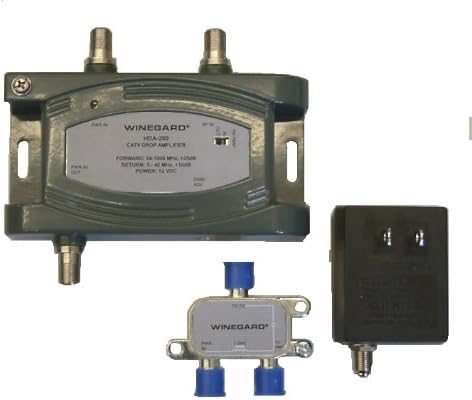 The Winegard HDA-200 distribution amplifier is a heavy duty, quality built solution for the amplification and distribution of digital/analog broadcast signals from off-air and cable TV stations. It am ...

I use this one: http://www.amazon.com/Bi-Directional-Amplifier-Splitter-Booster-Passive/dp/B000WDR94U/ref=sr_1_2?s=electronics&ie=UTF8&qid=1449154110&sr=1-2&keywords=distribution+amplifier

With it the amp though, all channels work fine on the Tablo too.

My Samsung TV interestingly has an in-built amp (just 2 db gain). One can toggle it off or on in the settings panel. So even a TV manufacturer realized that a signal may be split and has to be boosted on entry.

The Tablo has a built in amp too for their 1x4 splitter.

This is the splitter I have: 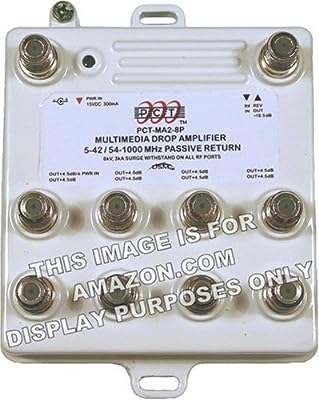 I’m only using 4 ports, with the other 4 properly terminated. Again, this has been working flawlessly since my initial installation, so this weak signal notion is complete BS. My TV signal strength for the missing channels fluctuates from 90-100, so how come the Tablo can find the stations? @theuser86 is also suggesting HDD errors and a possibility of causing a weak signal problem? Not a HDD issue! Plain and simple, it’s a Tablo issue.

I use this one: http://www.amazon.com/Bi-Directional-Amplifier-Splitter-Booster-Passive/dp/B000WDR94U/ref=sr_1_2?s=electronics&ie=UTF8&qid=1449154110&sr=1-2&keywords=distribution+amplifier

Eight splits! My guess is you have guest rooms with TV? Or a bed and breakfast…

That is the same one I use. It’s an excellent distribution amplifier: 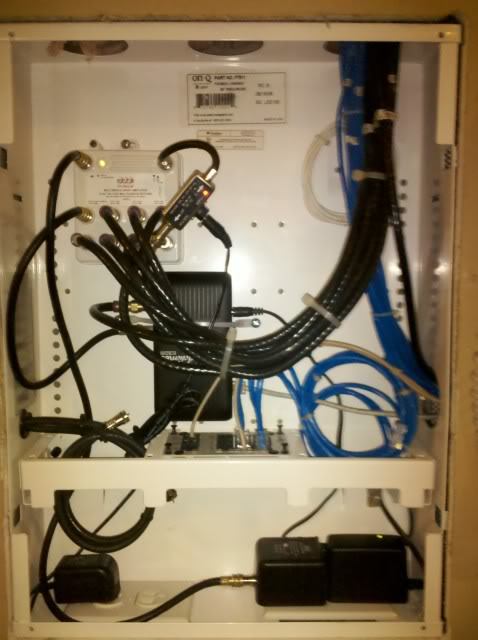 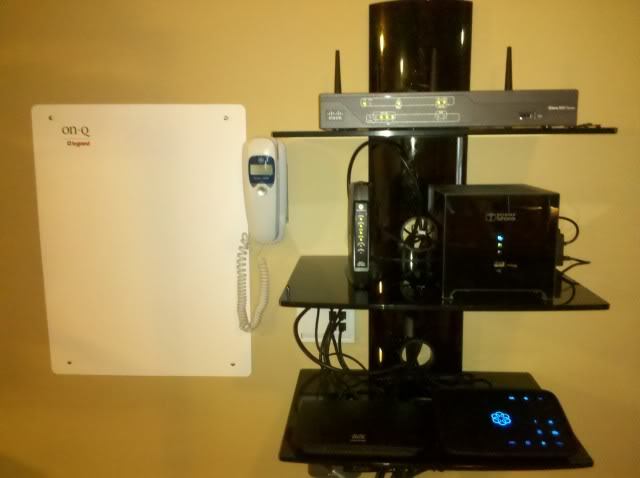